A second Umno leader has lambasted PAS president Abdul Hadi Awang for his latest call for the two parties to work together in future elections.

He claimed yesterday that a “majority” of Umno supreme council leaders wanted the party to cooperate with PAS through Muafakat Nasional and Perikatan Nasional.

He also urged Umno members to “follow” what its leaders wanted.

In response, Umno information chief Shahril Hamdan had advised Hadi against speculating on Umno’s decisions or speaking on behalf of its leadership.

“Why didn’t Hadi ask supreme council members who do not want Muafakat or PN?

“We know Hadi is purposely lying about this because he is trying to cajole Umno to work with PAS as part of Muafakat. 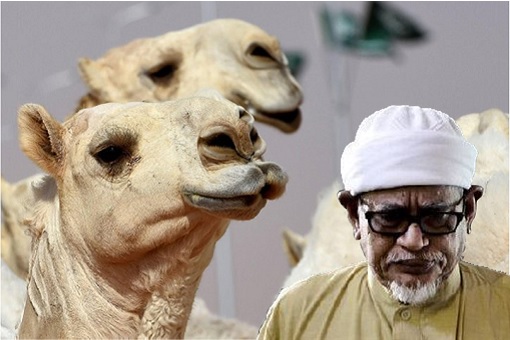 “Hadi is under pressure after PAS candidates who contested under the PN ticket lost in the Malacca election. Hadi knows the ‘flower’ (referring to Bersatu’s logo) has failed to help PAS candidates win and now wants to u-turn back to Umno,” the Umno veteran claimed.

Mustapha further criticised Hadi’s call for Umno members to adhere to their leaders’ decisions, saying this proved that the latter failed to understand Umno’s bottom-up structure.

“Hadi is ignorant of Umno’s party structure, that is why he wants party members to follow supreme council members.

“Hadi does not understand that proposals from Umno divisions are brought to the Umno general assembly and it is the supreme council that implements them.

“We had 143 divisions who approved a motion to not work with PAS in GE15 and for Umno to contest solo. What doesn’t Hadi understand?” he questioned.

Mustapha emphasised that Umno intends to go into electoral battles alone, saying Hadi was “better off keeping his mouth shut than talking nonsense”.

Umno and PAS formed Muafakat Nasional in 2019 as a Malay-Muslim pact aimed at taking on Pakatan Harapan.

Bersatu’s exodus, Harapan’s collapse and the formation of PN in 2020 eventually led to a breakdown of ties between Bersatu and Umno. When PAS chose to remain with Bersatu in PN, this jeopardised Umno’s relationship with the Islamist party as well.

The Malacca election in Nov 2021 marked a low for Muafakat relations when PAS chose to side with PN and clashed against Umno in seven seats. PAS lost to Umno in all seven.