Brief Caption: Tsunami miracle baby S.Thulaashi (in yellow) and her father A. Suppiah (in orange sarung) conducting a special prayer with their family by the sea near the Miami Cafe in Batu Ferringhi. ( December 26, 2021 ). ( Dec 26, 2021 ) — LIM BENG TATT /The Star

TSUNAMI ‘miracle baby’ S. Thulaashi is looking forward to finishing school and furthering her studies to become an accountant.

Thulaashi, 17, who escaped unscathed on that fateful day on Dec 26, 2004 after a tsunami struck the Batu Ferringhi beach, was barely a-year-old when the incident happened. 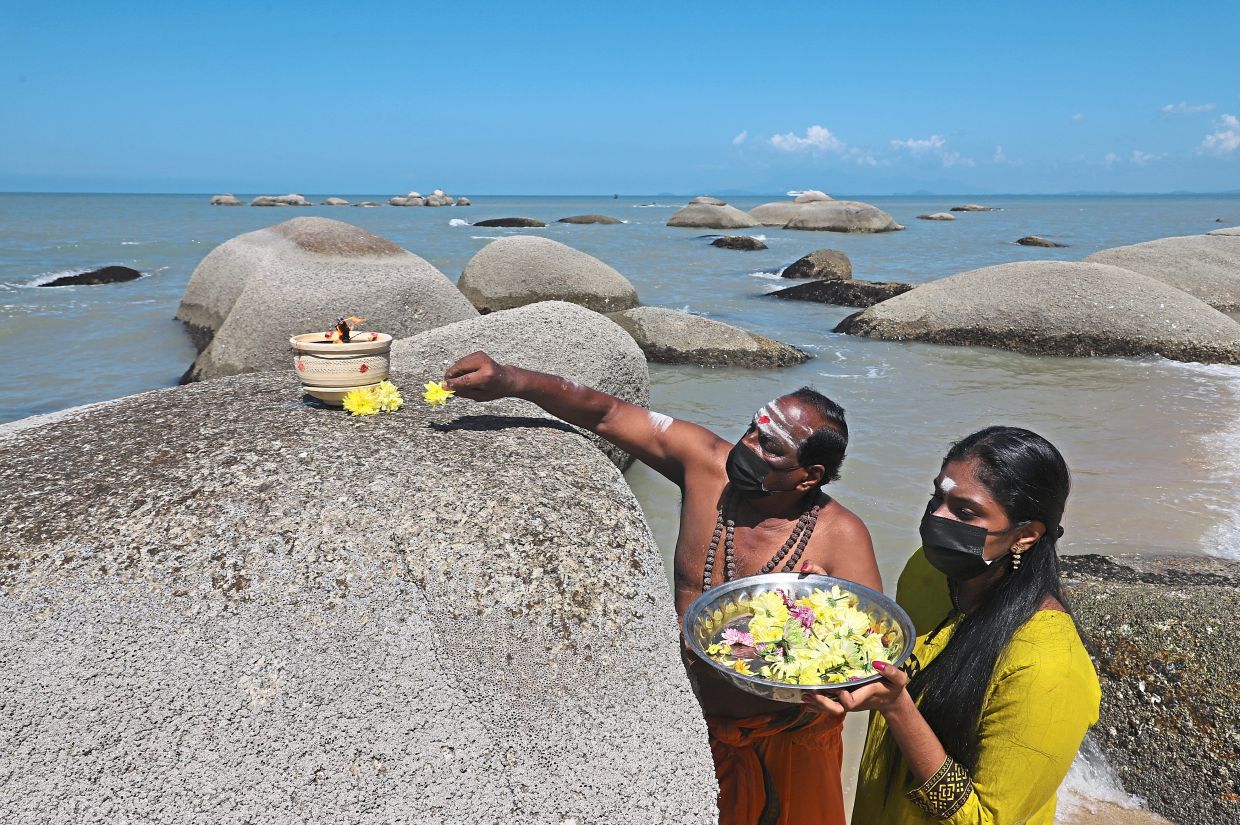 The teenager who is ever thankful for being alive, said although she has vague memories of what happened on that day, the images of destruction caused by the tsunami will always remain with her.

“I will be sitting for my SPM examination in March next year and hope to do well, as my ambition is to become an accountant,” said Thulaashi when met at her 17th year thanksgiving prayers at the Miami Beach in Batu Ferringhi on Sunday.

“I want to take up business and accounting studies, which have a wide job prospect and something that I am interested in.

“I have been studying hard for my SPM examination, but the Covid-19 movement control order (MCO) disrupted my studies, as it took some time for me to get used to the online classes,” she explained.Thulaashi’s father A. Suppiah, 72, said the family always prayed that such a calamity would not happen again in any other part of the world.

“We also prayed for all the victims of the recent floods in Selangor and asked God to give strength to all those who lost their homes and belongings, and for them to rebuild their lives,” he added.

Thulaashi made headlines worldwide on Boxing Day in 2004 after a massive tsunami struck the west coast of Penang.

She was lost when the tsunami waves hit the family’s cafe at Miami Beach in Batu Ferringhi.

The mattress Thulaashi was sleeping on was washed out to sea but the waves later sent it back into the cafe and spared her life.

About 20 people including close friends attended the prayers at the beach on Sunday.