Governments that say another lockdown or restriction to contain Covid-19 will never – ever – happen again were either naive or arrogant. Omicron is sweeping through Europe while the United States could see 1 million daily cases. Even China, despite its “Zero-Covid” policy, has recorded new imported cases of the Coronavirus variant, putting pressure on the host of the Winter Olympics.

With less than 50 days before the games, which could see the arrival of tens of thousands of foreigners into the country, Beijing was particularly concerned after two new cases of Omicron were detected in the central Chinese city of Changsha from incoming travellers. The discovery in Hunan came after cases were detected in Guangdong and Tianjin.

Even though no local transmission of Omicron have yet been reported, reports that the Chinese Covid-19 vaccine does not provide sufficient antibodies against the new variant may create chaos before the Beijing Winter Olympics Games, scheduled to kick off in February 2022, could begin as authorities were ordered to maintain strict control at borders and ports.

But who dares laugh at Sinovac or Sinopharm vaccines when even Pfizer, supposedly gold-standard of Covid vaccine, provides very little protection against the Omicron. Pfizer CEO Albert Bourla said early this month that people might need a fourth Covid-19 shot. A study by Pfizer-BioNTech showed that while a third shot is effective, the existing two-dose offers reduced protection.

In short, Covid-19 vaccines – regardless of brands – are already obsolete with its initial 2-dose course. Now, a booster shot, the third jab, is a must to fight the Omicron. However, the world has not even fully administered the 2-dose vaccines, let alone the third shot. For example, only 11% of Americans were given the booster shot, while Israel, the champion of vaccination, saw 45% population received the third dose. 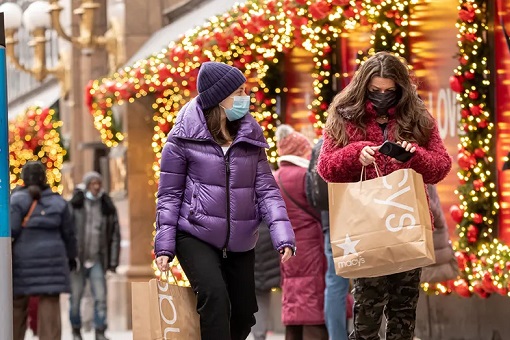 The United Kingdom, despite having inoculated 40% of its population, continues to see spikes in new Covid infections. It recorded 80,000 new daily cases on Sunday (Dec 19), the only fourth times the country recorded above 82,886 new infections since the pandemic began. It also clocked another 12,000 Omicron cases, bringing the total to over 37,000.

Britain has become so toxic that Germany has imposed a 14-day quarantine on all travellers arriving from the country effective today (Dec 20). France too closed its borders to tourists from Britain on Dec 18. In addition, Paris has effectively cancelled  its New Year’s Eve fireworks. But Europe itself is seeing a surge in Covid cases, forcing the continent to reimpose tougher measures.

The Netherlands has introduced a new painful Christmas lockdown on Dec 19. Denmark closed theatres, concert halls, museums and amusement parks. Ireland, on the other hand, imposed an 8pm curfew on bars and pubs, as well as limited the number of people at indoor and outdoor events. Cyprus and Austria, meanwhile, have tightened travel restrictions.

Even within the European Union (EU), there was mistrust. The Germany public health agency has designated France, Norway and Denmark as “high risk” thanks to escalating infections in those countries. Italy, Greece and Portugal have already announced that visitors from the EU will need to show a negative Covid result on arrival, including those who have been inoculated.

While the U.K. becomes the poster boy for the wrong reason in Europe, the U.S. suffers the same boycott. Israel has added its biggest ally the U.S. to its “no-fly” list due to concerns over the spread of Omicron. The U.S. joins Canada, Switzerland, Portugal, Italy, Belgium, Germany, Hungary, Morocco and Turkey in the Israeli’s red-list of countries barred from travelling.

According to the WHO (World Health Organization), the Omicron variant has spread to at least 89 countries and the number of cases is doubling in 1.5 to 3 days. Worse, the latest Coronavirus variant is spreading rapidly in countries with high levels of population immunity – confirming the variant’s ability to evade or breach immunity.

As the pandemic enters its third year, the U.S. is now averaging 126,967 new cases per day – up from 70,000 new daily cases at the beginning of November, an obvious proof that Omicron is extraordinarily contagious. Even with these figures, Omicron represents only 3% of Covid cases in the U.S. today. And that 3% was up from 0.4% last week – a jump of 7 times.

Nobody knows how precisely how fast the new variant spreads. A study by a Japanese scientist, Dr Hiroshi Nishiura, showed that Omicron has an effective reproduction number of at least twice as high as and even up to 4.2 times more transmissible than Delta. The professor at Kyoto University said – “The Omicron variant transmits more, and escapes immunity built naturally and through vaccines more.”

However, recent findings from Hong Kong suggest that Omicron infect the body’s cells and multiplies about 70 times faster than Delta, which may explain why the new variant is so contagious as seen in Europe, Britain and the U.S. Evidence also suggests the nasty Omicron has a re-infection risk of between 3 and 8 times.

Therefore, it’s not an exaggeration to predict that the United States may see 1 million cases per day in January 2022 when Omicron becomes the dominant variant, as warned by Dr Francis Collins, who has just retired as director of National Institutes of Health. That’s possible because the variant has a shorter incubation period of around 2 to 3 days.

Some might think that despite Omicron being the most contagious, the effect is mild. Well, think again because while the current 2-dose Covid vaccine provides some sort of protection, the virus is absolutely lethal. At least 12 people in Britain have died with the Omicron variant. Vaccines do not protect you 100% from serious illness, let alone death.