Scientists in South Africa have expressed concern after identified a new Coronavirus variant that could trigger fourth wave around the world. The variant – B.1.1.529 – has rapidly spread in Gauteng, the country’s most populated province of 15 million people. Even though 100 confirmed cases had been detected so far, scientists estimate the new variant could account for 90% of Covid-19 cases in the country.

The new variant has been detected in neighbouring Botswana and as far as Hong Kong, where a 36-year-old man (vaccinated with Pfizer) was tested positive after returning from the continent. While still in quarantine, the man infected another 62-year-old man staying in the same hotel. Because both men were isolated in separate rooms, it’s suspected that the new variant is airborne. 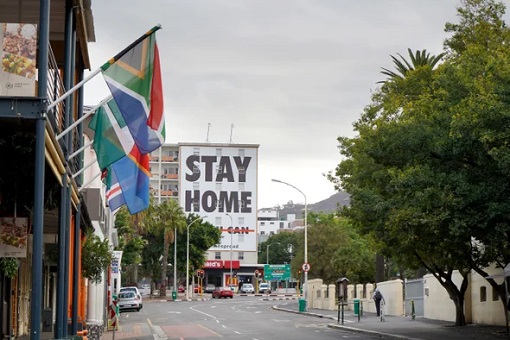 Dr Susan Hopkins, the chief medical adviser to the UK Health and Security Agency, has warned that a newly identified Covid-19 variant is the “most worrying we’ve seen”. She said the R value, or effective reproduction number, of the B.1.1.529 variant in Gauteng (home to Johannesburg in South Africa) is now 2, meaning every 10 people with Covid-19 will infect 20 other people.

Belgium, home to the capital of the European Union in Brussels, has confirmed the first case of the new, heavily mutated variant in Europe.. A traveller who has returned from Egypt was tested positive. The Belgium government has slapped new restrictions, including closing bars and full closure of nightclubs for 3 weeks to reduce social contact.

It was so serious that the World Health Organization (WHO) has called a special meeting on Friday (Nov 26) to discuss the new variant. Dr. Maria Van Kerkhove, WHO’s technical lead on Covid-19, said – “We don’t know very much about this yet. What we do know is that this variant has a large number of mutations. And the concern is that when you have so many mutations, it can have an impact on how the virus behaves.”

Dr Tom Peacock, a virologist at Imperial College who first spotted it, described the variant’s combination of mutations as “horrific”. The B.1.1.529 variant, which could eventually be named “Nu”, could be worse than the current “Delta” strain that is creating havoc globally. That’s because the new variant is more capable to evade antibodies than Delta variant, which originated from India.

The variant has a whopping 50 mutations, including 32 mutations in its spike protein – about double that number in Delta variant. South African virologist Tulio de Oliveira revealed that the variant now “dominates all infections” in the country after less than two weeks, meaning it is spreading very quickly. A new variant that could spread twice as efficient as Delta and able to bypass immunity is obviously a recipe for disaster.

It carries mutations K417N and E484A found in Beta variant, in addition to mutation N440K found in Delta as well as S477N in New York variant. Worse, the variant also has mutations P681H and N679K, a very “rarely seen together” combinations. It’s like a super luxury sports car of Coronavirus that has all the bells and whistles, making it more contagious and deadlier.

Francois Balloux, director of the UCL Genetics Institute, said B.1.1.529 is likely to have evolved during a chronic infection of an immuno-compromised person, possibly in an untreated HIV/AIDS patient. With 8.2 million people infected with HIV, the most in the world, South Africa naturally became the perfect place for the Coronavirus virus to mutate, the same way Beta variant mutated.

While computer modelling has hinted that B.1.1.529 variant could dodge immunity, exactly how much it reduces vaccine effectiveness is still under study. The Delta variant is capable of escaping immunity offered by Covid-19 vaccines and can cause mild-to-moderate illness, though the shots are still highly effective against preventing serious disease and death.

Based on new infections recorded so far, B.1.1.529 can break through vaccines such as Johnson & Johnson, Pfizer-BioNtech or Oxford-AstraZeneca. Because it has 32 mutations in its spike protein (the vehicle used by the virus to penetrate the body’s cells), it means the variant has theoretically double the chance or ability (or twice as effective) to infect human cells through these spikes as compared to Delta.

However, the new variant from the Africa continent could be as high as 5 times more contagious than Delta. That’s because the Delta strain’s receptor binding domain (RBI) – where the Covid virus binds and gain entry into host cells – had two mutations. The B.1.1.529, meanwhile, has 10 RBI mutations or five times more than Delta.

Researchers in South Africa are also studying whether the new variant causes disease that is more severe or milder than other variants. But judging by the world stock markets reaction to the new variant, everyone appears to be spooked. The DJIA (Dow Jones Industrial Average) plunged 800 points. Even the bullish oil prices tumble 5% and bitcoin drops almost 9% as panic selling begins.