After 2 years of development, the state-controlled AVIC Aerodynamics Research Institute, said a new wind tunnel capable of replicating the speeds and high temperatures faced by hypersonic missiles is ready. It was designed to simulate speeds from Mach 4 to 8 under a total temperature of 900 Kelvin (626.85 C) at a simulated flight altitude of 48,000 metres.
The state-owned Aviation Industry Corp of China (AVIC) revealed that it managed to operate more than 30 seconds in the tests that included the “separation and release” of weapons from hypersonic vehicles. The latest wind tunnel – designated as FL-64 – is the successor of FL-63, the first hypersonic wind tunnel built by AVIC that could operate from Mach 3 to 10.
But FL-64 will not be the last wind tunnel. China has already started building the JF-22 hypervelocity wind tunnel that can simulate a speed of Mach 30 at high altitudes. The construction, scheduled to finish in 2022, will allow simulation of top speed of 10 kilometres a second – 30 times the speed of sound at an altitude from 40 to 100 kilometres. 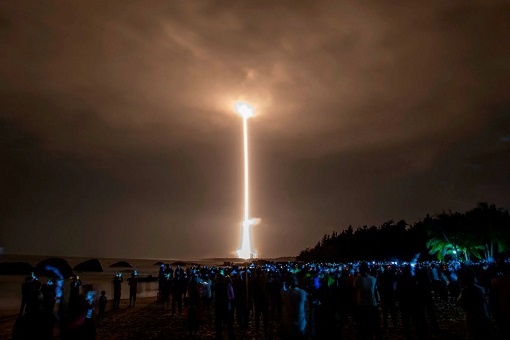 Hypersonic aircraft that fly at Mach 5 to 10 will reach any destination in the world in one or two hours. And a hypersonic glide vehicle (HGV), unlike conventional ICBM (Intercontinental Ballistic Missile) that follows a “predictable” parabolic trajectory, is a manoeuvrable warhead that glides to its target on an “unpredictable” path – making it difficult to intercept.

What terrifies military superpowers like the United States is not what China reveals, but rather what the Chinese did not reveal. And the U.S. was already stunned and surprised with what China has demonstrated. In August, the Chinese military secretly launched a rocket into space that circled the globe before gliding at Mach 5 towards its target – and missed by about 40-km.

The Chinese “Long March” rocket was to test the country’s nuclear-capable hypersonic glide vehicle. When the Financial Times broke the story that the Chinese military had actually tested it twice in the summer, it caught U.S. intelligence by surprise while U.S. politicians and analysts were alarmed at China’s unexpected progress. However, Beijing has denied the story.

China has insisted that it was merely conducting a “routine test of a space vehicle to verify technology of the spacecraft’s reusability”. Surprised with the Chinese capability and technological accomplishment which obviously could threaten the U.S. missile defence systems, American intelligence officials said – “We have no idea how they did this.” 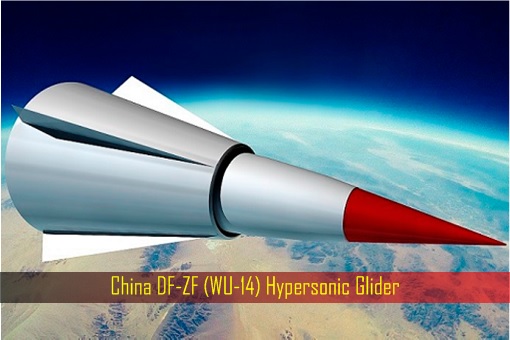 It’s one thing to launch a hypersonic aircraft. It’s another thing altogether to fire a missile halfway while flying at hypersonic speeds. The U.S. intelligence officials said the Chinese achievement appeared to “defy the laws of physics”, so much so top General Mark Milley described it as “Sputnik Moment”, in reference to the Soviet Union’s successful launch of the first artificial Earth satellite in Oct 1957.

News media in China have played down the hypersonic missile testings, saying China doesn’t need and has no plan to engage in an “arms race” with the United States. Offering humble words, Beijing said the U.S. military prowess will be unmatched by China, assuring that American military dominance is secured and it should not read too much into the Chinese hypersonic technology.

China even countered that the U.S. has been constantly spreading rumours that the Chinese military is growing so that Washington can increase its military expenditure to profit American defence manufacturers and contractors. But Beijing has hinted that its military build-up will only focus on the region of South China Sea, particularly the Taiwan Straits.

The fact that China did not deny it has successfully tested a nuclear-capable glider travelling at 5 times the speed of sound speaks volumes about the Chinese technology. U.S. military officials concede that China is well ahead of America’s hypersonic weapons program. While the U.S. has conducted nine hypersonic tests in the past 5 years, China has launched hundreds. 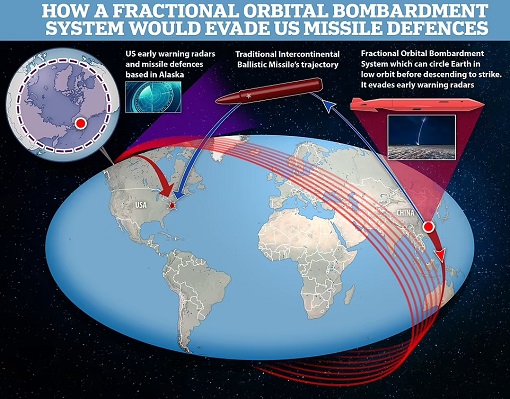 The DARPA (Defence Advanced Research Projects Agency), a research and development agency of the United States Department of Defence, was unsure how China had been able to fire separate projectile over the South China Sea from a vehicle travelling at hypersonic speeds. That’s because no other country, including the U.S. and Russia, has previously demonstrated such capability.

To make matters worse, the U.S. was clueless about the purpose of the projectile, which was fired with no clear target, or what had been fired. Some military experts speculated it could be air-to-air missiles, while others believed it was probably decoy designed to confuse enemies’ missile defence systems. The U.S. was worried it could be used to target its ports or military bases in the Indo-Pacific region.

Beijing does not plan to compete with the U.S. or Russia in the numbers game. The U.S. has 1,750 nuclear warheads deployed among its 3,800 nuclear weapons in the stockpile. Russia, on the other hand, has 1,572 deployed nuclear warheads among the 4,310 in its stockpile. China’s strategy appears to develop new weapons delivery method to overwhelm the U.S. defences.

It was this new weapons delivery system that flabbergasted the Pentagon. China has cleverly combined Hypersonic Glide Vehicles (HGV) with Fractional Orbital Bombardment System (FOBS) technology, an idea first developed by the Soviet Union during the Cold War and subsequently dropped in the 1960s. The idea is for a weapon that enters a partial orbit around the earth to strike targets from an unexpected direction.

In the event of a war, the U.S. would strike China first, targeting primarily nuclear command and control. Fearing that the U.S. will use a combination of modernised nuclear forces and missile defences to neutralize their nuclear deterrent, China’s solution is to deploy HGV to glide along the outer edge of the atmosphere, avoiding radar and missile defences before hitting the U.S. 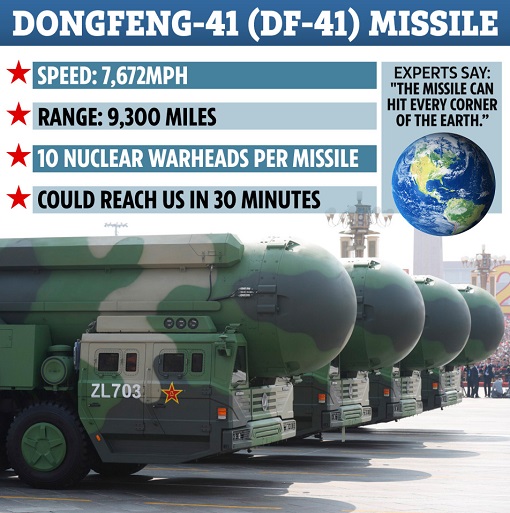 China is expected to quietly produce a significant number of nuclear-capable hypersonic glide vehicles and deploy them on military missiles. Rather than going over the North Pole, where U.S. ground-based radars and defences in Alaska are concentrated, the Chinese new strategy to strike the U.S. and its allies would be the deployment of the HGVs via the South Pole.

However, deploying hypersonic weapons is just part of the game plan. Thanks to increasing hostility of the U.S. against China, Beijing is expected to boost its strategic nuclear arsenal. According to the Stockholm International Peace Research Institute, China currently has about 350 nuclear warheads. That could increase to as many as 700 nuclear warheads by 2027 and 1,000 in 2030.

When China gained its first nuclear capability in 1964, the country’s policy has been NFU – No First Use – to not be the first to use nuclear weapons at any time or under any circumstance. But to prevent the U.S. and Japanese intervention in a conflict over Taiwan, Beijing may be forced to shift its policy. It doesn’t make sense when China has hypersonic weapons, but can only retaliate after being attacked.

The U.S. has its own hypersonic program, but unlike its Chinese and Russian counterparts, it is designed for conventional warheads only. Even then, it is still in its testing phase. The U.S. did not put much effort in the program because they thought the FOBS was an inefficient delivery system and its missiles could easily shoot down HGVs, not to mention that it has a massive nuclear advantage.

President Vladimir Putin recently said the Russian Navy will be armed with the Zircon hypersonic cruide missiles, after successfully test launched a Zircon missile from a submarine for the first time in Oct 2021. Since 2019, Russia has in its possession nuclear-capable hypersonic Avangard missiles that can travel at up to Mach 27.

To bring China on par with the U.S. in order to at least achieve a stalemate, or at least to force the U.S. to think twice about using nuclear weapons first in a conflict, China has also built more silos for ICBMs in addition to the development of hypersonic weapons. China believes, and hopes, that by strengthening its nuclear capability, it will force the U.S. to accept peaceful co-existence.

There’s a reason why the United States, including General Mark A. Milley, the chairman of the Joint Chiefs of Staff, is upset over the Chinese hypersonic weapon system. If they are having trouble stopping a Mach 5 hypersonic nuclear weapon that could evade the U.S. missile defence, how could they stop the China when the same weapon goes faster to Mach 30?