When asked about what BN will do if the election result saw a hung situation, Najib says: “We will cross the bridge when we come to it. Who says there will be a hung situation?”

Najib spends about 10 minutes meeting the BN candidate for Tanjung Bidara Ab Rauf Yusoh and other BN supporters before leaving for another location. MKINI 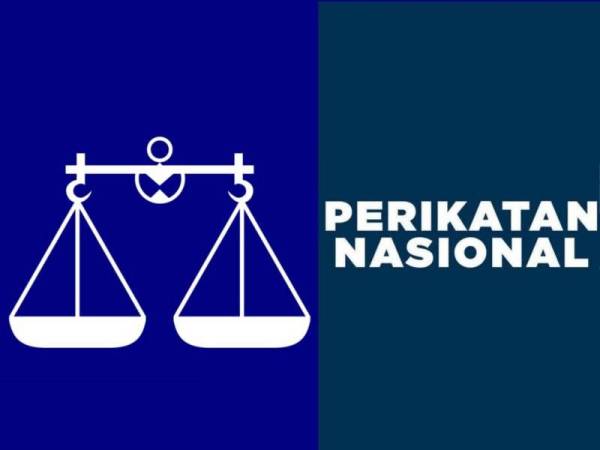 CRACKS are starting to show in the relationship between Pakatan Harapan and Putrajaya, which may lead to the dissolution of the memorandum of understanding (MOU) the two parties have signed to facilitate reform and a stable government, political analysts said.

They said if this is not soon remedied, it could lead to more political instability that could prompt Prime Minister Ismail Sabri Yaakob to call for snap elections.

Others, however, said the MOU was limited to political reforms and the government’s actions beyond its scope should not have any bearing on the agreement.

The annulment of the MOU was brought up by opposition leader Anwar Ibrahim, who said PH was rethinking its cooperation with Putrajaya following revelations that the government was considering an application from former prime minister Najib Razak for a RM100 million piece of property.

This was followed by an announcement in Malacca yesterday from DAP secretary-general Lim Guan Eng that the Pakatan leaders will be seeking a meeting with Prime Minister Ismail Sabri Yaakob to discuss the deal.

Najib, however, yesterday withdrew his request to the government for a plot of land valued at RM100 million, saying he made the decision as people were not “comfortable” with it.

Ilham Centre executive director Hisommudin Bakar told The Malaysian Insight it was understandable that Pakatan was not happy with Najib’s request as the people are still suffering from the effects of the epidemic.

“PH would have found it hard to accept such a decision,” Hisommudin said.

“If PH chooses to end the cooperation, politically speaking Barisan Nasional (BN) and Perikatan Nasional (PN) are still able to withstand the blow, but their credibility will be tarnished.”

The opposition and government signed the MOU in September.

The MOU has six thrusts: strengthening the country’s Covid-19 plan, institutional transformation, parliamentary reforms, judiciary independence, the Malaysia Agreement 1963, and the formation of the steering committee.

Under the deal, the government promised to deliver three major reforms by the middle of next year.

They are the anti-party hopping law, the implementation of Undi18 and automatic voter registration, and the imposition of a 10-year term limit on the prime minister’s tenure, among others.

While PH pulling out of the MOU does not mean that the government will collapse, Hisommudin warned that BN and PN’s relationship is not at its friendliest point either.

“The relationship between BN and PN is worrying. This becam apparent when they failed to reach a consensus for the Malacca elections,” he said.

“This was followed by exchanges between PN chairman Muhyiddin Yassin and Umno members, which could have a negative impact if PN pulled its support for the government.”

Hisommudin said it is in the best interest of the government to defuse the situation before it gets any more strained.

“The current situation may lead to another political crisis in the country. Ismail Sabri needs to do something to cool down the tension as it may lead to a general election taking place sooner than anticipated.”

International Islamic University of Malaysia’s Tunku Mohar Tunku Mohd Mokhtar said cracks in PH-Putrajaya ties are appearing as it appears the Ismail government is taking the opposition’s support for granted.

“It seems that they think the MOU is a blank cheque for them to do anything they want. It certainly isn’t,” Tunku Mohar said.

PH most recently also recently said it was unhappy about next year’s budget, saying it did not provide equal funding for all races.

The RM332 billion Budget 2022 allocated only RM290 million to improve infrastructure in Chinese New Villages and RM145 million to the Indian community for socio-cultural economic programmes under the Malaysian Indian Transformation Unit while RM11.4 billion was allocated for the Bumiputera community.

For the MOU to be successful, both sides must deliver their part of the bargain, he said

However, it is still not too late for the government to decide against giving Najib the plot of land he asked for, Tunku Mohar added.

“It is understandable why PH should want to reconsider the MOU. However, it is not too late (for the governmnt) to reject Najib’s request for a gift. If this happens, both sides win.”

Oh Ei Sun, senior fellow with the Singapore Institute of International Affairs, said government’s decision to reward Najib for his contribution to the nation should not affect the MOU.

He is also of the view that PH will not back out of the MOU over this reason alone.

“The MOU is mainly about political reform. As long as those points (in the agreement) are somewhat executed, PH is not in a rush to withdraw from the MOU.”

Oh said it was also in the government’s best interest to keep the status quo.

“Ismail Sabri is even more anxious to keep the MOU alive and secure his position.” TMI

Umno and Bersatu are unlikely to form a unity government in the event they win because they will fight over the chief minister’s position, University of Tasmania political analyst Prof James Chin says.

THE Malacca elections today is expected to be a tight race, making it difficult to predict which political pact can form the new state government, political analysts said.

All three major coalitions – Barisan Nasional (BN), Perikatan Nasional (PN) and Pakatan Harapan (PH) – are contesting in all 28 state seats, making all seats multi-cornered fights, with the addition of independents and candidates from two smaller parties.The analysts told The Malaysian Insight that it was a possibility that the winning coalition would need to cobble together support from other parties to set up the government.International Islamic University of Malaysia’s Dr Tunku Mohar Tunku Mohd Mokhtar said there was a possibility for a hung assembly in Malacca.
“A unity government, therefore, becomes a possibility.

“It has been a difficult task to campaign as parties and candidates strictly followed the rules set by the Election Commission and Health Ministry,” he said.

Yesterday, pollster Ilham Centre said, based on their surveys, BN could comfortably win 11 seats and PH could win seven in the polls today.

Fifteen seats are needed to form a simple majority in the Malacca state government.

The pollster said that if BN could capture another four seats, it would have the simple majority needed to form the state government.

The four are among 10 seats whose outcome is too close to call.

Ilham Centre also said that PH could win under two circumstances: if voter turnout is more than 80% or if PN breaks BN’s Malay votes.

“If these two scenarios do not happen, BN will be the winner in Malacca.”

Tunku Mohar agreed, and said that it would be too close to call with the split seats.

“It’s too close to call. I have a feeling that Umno and DAP will retain the seats they won the last time.

“The rest depends on how PN will split the votes and spoil the results. That said, I think PN will find it tough to win even a single seat.” 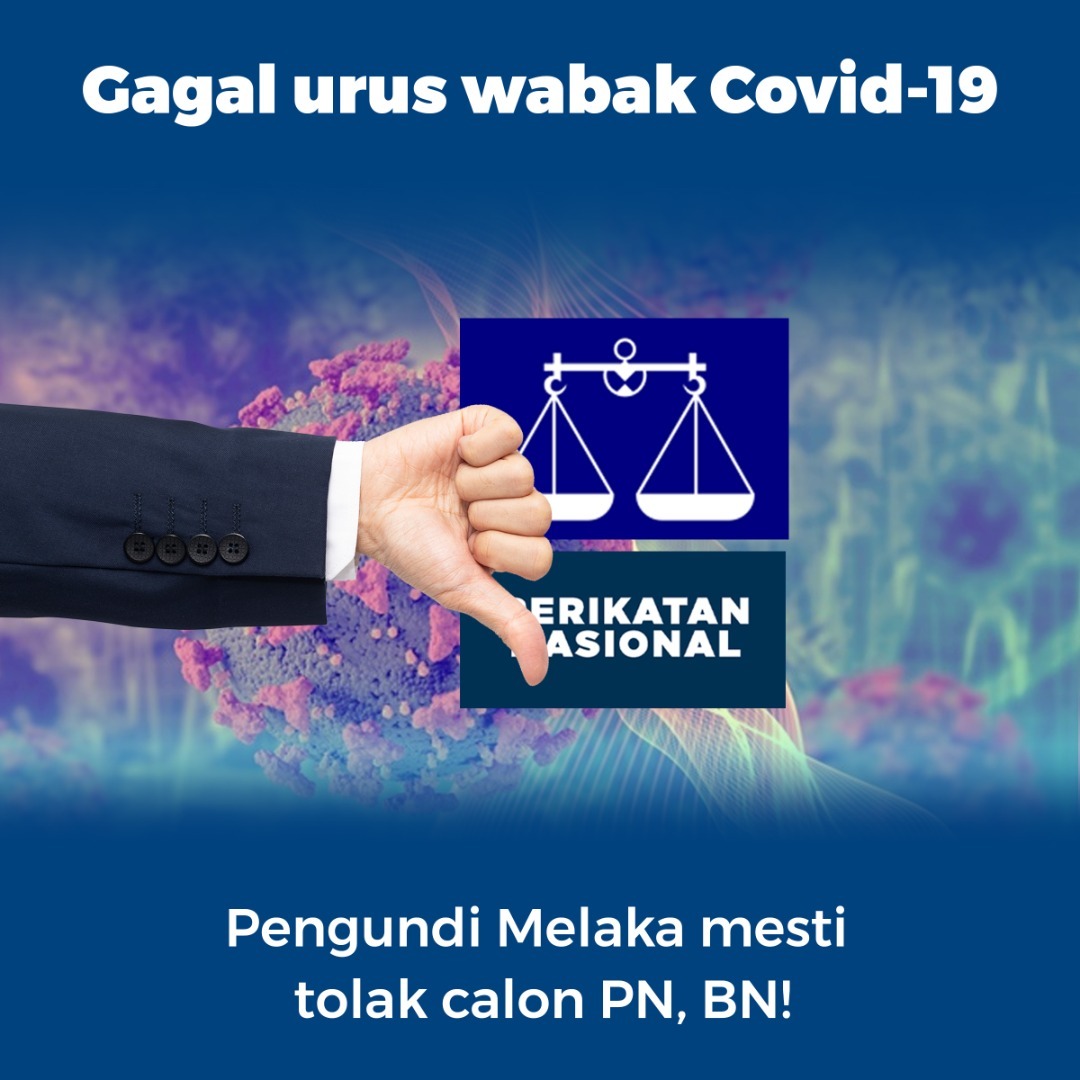 He added that it has been an uphill task for the parties to reach out to the voters.

“However, they (the parties) have been creative in working around the restrictions.

“Nevertheless, the campaigns may not reach the targeted voters. Within the limitations, I think the parties did their best to reach out to the voters. BN definitely has the advantage on mainstream media.”

This is could be attributed to campaign messages not reaching voters and also due to anger that elections were being held during the pandemic, he added.

He cited their previous strained relationship, and highlighted that there could be squabbles over the chief minister’s position if the two join hands at the state level.

“It is highly unlikely that Umno and Bersatu (will form the unity government) because they will fight (over) who is going to be the chief minister,” Chin said.

In the Sabah state elections last year, there was some friction between the two Malay parties after PN named Hajiji Noor as the chief minister instead of BN’s Bung Moktar Radin.

Chin said there was a better chance for nemeses the Umno-led BN and PH to work together as a pact in Malacca.

“There is a bigger possibility of PH plus Umno, given that they can work at the state level,” he said.

Besides this, Chin said that Umno’s success in the polls tomorrow should be credited to Umno president Ahmad Zahid Hamidi and former party president and current BN advisor Najib Razak for their roles, instead of Prime Minister Ismail Sabri Yaakob.

“They have sort of led the charge in Malacca and they will be the biggest winners if Umno does well,” he said.

Oh Ei Sun, senior fellow at the Singapore Institute of International Affairs, said it was difficult to gauge how well all the parties and candidates had managed to reach out to the voters.

“As the campaigning is kept from being physical and largely confined online, it is difficult to gauge the voters’ reactions to the various coalitions’ outreach.”

Despite the setbacks, Oh believed that Umno should “emerge as the largest winner”.

“But whether it will win an outright majority to form the government alone remains to be seen.”

PH won the state in the last general election but the government collapsed in 2020 following defections that allowed an Umno-led government to take over.

BN is contesting all 28 seats up for grabs in the election with Umno vying for 20, MCA seven and MIC one.

As for PH, PKR has fielded candidates in 11 seats, Amanah nine and DAP eight.

Meanwhile, PN is also contesting in all 28 seats in Malacca. Bersatu will contest 15 seats, PAS eight and Gerakan five. TMI