Someone sent me the following article written by an ex-Malaysian (who obviously wants to come home, they all do). My comments in blue. 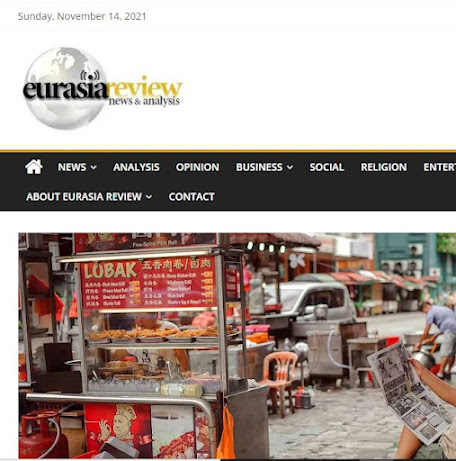 Malaysia is beyond saving. The country has 4 destructive elements that no other country has — some countries may have 1, 2 or even 3 of the factors but not all 4.

Racial divide encompasses all economic and cultural activities and is deeply ingrained in the people’s consciousness. The country is sadly divided along racial lines. This is the work of extremists in UMNO and PAS who deliberately push forward the economically false idea of ‘catching up’. Mahathir at the helm for 22 years has done the country tremendous harm with his racial bigoty and he himself is predominantly responsible for the ills the country is facing. Government agencies, civil service, education institutions, GLCs, bank and finance, and even the private sector are overwhelmingly staffed by one race. The ‘affirmative action’ policy benefits only entrenched elites, not the ordinary poor Malays who are left behind.

In the past, the races mingled together, in festivals and other occasions. Now, simple social events do not see much in terms of people from different races getting together. Even food and other product names have been distorted for political ends, to stirring up unnecessary uneasiness.

Rampant corruption is at all levels, from the very top to the bottom, and is causing an irreparable economic toll on the country. Malaysia is among the top most corrupt countries in the world. The rule of law can be bent for corruption. Tokenism and make believe realities remain.

Malaysia’s political legacy is that of a king, and sultans in 9 states. This is fine if the king and sultans strictly adhere to their duties, and do not actively take part in b—–ss. The real fallout is that titles are given by the royalty at various levels to ordinary people, for recognition of work or position, or for gr—ity — the Tan Sri, Dato, Datuk, Datuk Seri, and the like. The people conferred with these titles often abuse their position and titles to leverage on, and get away with excesses. It is alright for historical and legacy reasons to keep the system of a king and state Sultans, but the conferring of such titles should end, putting an end to extended feudalism.

Most countries have corruption in one form or another at various degrees. Some Middle East countries are religiously intolerant (of other religions), but their people are homogeneous, not multi racial. Thus, Malaysia has the distinction of having 4 imponderables.

Malaysia can only be saved by a no-nonsense strong leader. He or she has to come from the Malay ranks. The leader should address 2 of the 4 factors — rampant corruption, racial divide and mitigate the other 2 — religious intolerance and feudalism.

Punish corruption at all levels. As the saying goes “justice must not only be done, but seen to be done”. No compromise for political position, friends or relatives. Remuneration for work, especially for the lower levels, needs to be adequate, as a deterrent against corruption. But in Malaysia it is not an inadequate level for the higher rank, rather greed is the issue. The rule of law must be applied equally across society.

Racial diversity is a strength, not a weakness. Malaysia is blessed with a different racial mix. They bring their time-tested values to the economy. Chinese are by nature hard working, industrial, and incline towards commerce and business. Indians are more intellectually inclined, tending to law and organizational matters. The other races, the Ibans, other natives, Eurasians, have their own inherent positives to contribute. It is a fallacy to think that Chinese and Indians will only employ their own. Common sense and business reality will dictate employee mix.

Countries with a homogeneous population, with no race divide, if not properly managed are just as well in a rut. Diversity is not an issue if well managed.

Leadership is everything. Many countries sadly lack good leadership. Malaysia is one of these, lacking good far sighted strong leadership.

Malaysia has blown past the cross roads. It is very late but not impossible if only ….. If not corrected, the country is sliding fast towards 3rd World status.

Either the country goes down the drain, and falls behind the fast-catching up African countries, or finds the will and courage to right itself.

Young people nowadays grow up thinking that South Korea, China (including Hong Kong and Taiwan), Singapore are always advancing and more prosperous. Not too long ago, in the 1970s Malaysia was among this group. It is time to catch up.

The writer mentions ‘Malays’ just twice and in the part about Racial Discrimination, he lists all the races in Malaysia except the Malays. Guilty by omission.

A few weeks back Musa Hitam mentioned that Malaysia has a multitude of problems. I beg to differ. In Malaysia it is mostly the Malays who have a plethora of problems.

Folks, please grow up and be responsible when you discuss things. The entire concept of the New Economic Policy is to benefit the bumiputeras (aka the Malays).  In this year’s Budget there is a specific RM11 BILLION allocation for bumiputeras (aka Malays).

Why so? Because the Malays are lagging behind in almost all aspects of living – economic, social, political. religious etc.  So if we go through the short list of the writer’s points above it should really be like this:

1. Racial discrimination – it is Malays versus the rest

2. Religious intolerance – it is Malays versus the rest

3. Rampant corruption – this is NOT exclusively a Malay problem but the Malays are indeed the grand champions. Plus, there seems to be a ridiculous tolerance towards corruption. Bossku is the most glaring example.

4. Feudalism – this is an exclusively Malay problem.

To disguise their inability to progress the Malays the lebais have turned to picking on the non-Malays and encroach on areas that have absolutely nothing to do with the Malays.

(Folks, here is some trivia – there is an Economic Adviser to the government, a Muslim, who is a big time gambler and poker player. When he travels overseas he plays big stakes poker in private rooms at casinos. Deyy, we know what you did last summer.)

But non-Malays are easy victims. Numerically they are a minority so it is ‘safe’ to bully them. So when the lebai politicians do not know what to do to progress the Malays or the country (they cannot even speak English for instance)  ‘bush-whacking’ the non Malays and non Muslims is an easy distraction.  It is a low cost option.

Other than non-Malays and non-Muslims the other ‘low risk, high publicity’ victims are the LGBTs.  The lebais sent over 100 officers to look for one transgender person – who ultimately escaped to Australia. It became headline news for months without end.

Now there is that whiskey issue.

These are symptoms of an empty head. They do not know how to develop the society, how to help all human beings (regardless of race or religion) how to progress economically. THEY JUST DO NOT KNOW.

To hide their ignorance they pick on irrelevant issues – usually involving the minority non Malays and non Muslims who cannot fight back. This is what has been going on in this country.

1. To divert attention away from their incompetence.

2. To divert attention away from their corruption and stealing.

So is it going to be “Malays: Beyond Repair Or Salvation” ?? – http://syedsoutsidethebox.blogspot.com/