CONVICTED former prime minister Najib Razak’s successful application for a temporary passport release will affect the judiciary’s credibility, said observers.
They told The Malaysian Insight that the public cannot understand why the Pekan MP’s overseas trip was approved or why the prosecution failed to object to the application.Former Malaysian Bar president Salim Bashir Bhaskaran said recent court approvals for high-profile personalities to have their impounded passports temporarily returned will be used as a precedent for similar cases in future.

“Najib and Rosmah Mansor’s cases will be used as a precedent to persuade the courts to exercise discretion in entertaining similar applications.”

In all the trials involving Najib, Rosmah, Umno president Ahmad Zahid Hamidi and lawyer Muhammad Shafee Abdullah, not one prosecution team objected to their applications to have their passports released.

Salim said: “The question that should be asked is what is the sole basis and reason for not objecting to the applications.”

“The public must be apprised of the reasons and guidelines, if any, as this can provide consistency and shed light to all similar applications in future.”

There were many instances in the past where passports were released by courts to the accused for reasons deemed necessary to travel abroad, he added.

“There are no specific reason stated in law, but, generally, it is subjected to the courts’ judicial discretion to evaluate the urgency and importance to allow travel based on the applications.”

Compared with the other individuals on trial, the decision to allow Najib to travel abroad and grant him revised dates has been met with greater public criticism.

“The contrasting viewpoint of Najib and Rosmah’s situations is that the latter’s case is still pending, and she is deemed innocent till proven guilty,” said Salim.

Najib no longer enjoys that presumption after he was found guilty in his SRC case, hence his appeal now pending deliberation at the Court of Appeal, he added.

He was fined RM210 million and sentenced to 12 years’ jail.

Najib had yesterday responded to the criticism by saying that he did not receive any special treatment in getting his passport released to travel to Singapore to visit his pregnant daughter.

“What special treatment? I applied for the temporary release of my passport from the court.”

He said the decision to release his passport was unanimously made by three judges at the High Court and Court of Appeal.

Centre to Combat Corruption and Cronyism executive director Cynthia Gabriel said the cases involving Rosmah, Zahid and Shafee should not be lumped together with Najib’s.

It is obvious that the former prime minister has received special treatment, she added, and wondered whether the judiciary has watered down its judgement.

“It is really bizarre that a convicted criminal is allowed to roam free and cross borders into another country.

“This preferential and special treatment towards him definitely sets back the seriousness of the judiciary in addressing corruption offences.”

After the Court of Appeal allowed Najib the temporary return of his impounded passport, the Kuala Lumpur High Court allowed him to amend his passport release datesso he can lead the Malacca polls.

Gabriel said: “His approved appeal to delay his departure speaks volumes of the special treatment accorded to him.”

“It is all the more pertinent now in this time of political uncertainty that the judiciary treats the crime of corruption with added priority.”

Patriot president Mohamed Arshad Raji said Najib’s freedom is an unusual occurrence that can build the perception of a flawed legal system.

He said people will get the wrong perception of the judiciary, and questioned the conscience and dignity of the former prime minister.

“Although there is no specific law to stop a convicted person from going out as it is all dependent on the court, he (Najib) should realise that he is already a convicted criminal.

“It is not right for him to travel, I do not think he has any shame,” he said, adding that Najib will not get a good impression from Singaporeans.

He also doubts that the courts will accord the same treatment to other convicts.

“We are like trash. These are (for) top fellas. He (Najib) is even dictating terms now by adjusting his travel dates.

“I do not know if any other country will allow such a thing. If you are charged, consider yourself as charged. Even if there is an appeal.”  TMI

Why Is Mahathir Upset When He Did The Same? 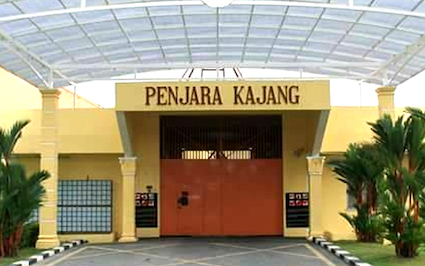 (Malaysia Gazette, 18 December 2019) – Yesterday, renowned lawyer, Tan Sri Muhammad Shafee Abdullah expressed his shock on how a convicted prisoner on death row could be given the access to meet a VVIP outside the Kajang prison.

The prisoner he meant was none other than the former Special Action Unit (UTK) officer, Azilah Hadri who was sentenced to death by hanging after he was found guilty for murdering Mongolian model, Altantuya Shaariibuu in 2006.

Nevertheless, Shafee said that he could not verify the information but it was given to him my a trusted source.

“The meeting between Azilah and the VVIP took place in early February this year. How could a prisoner on death row go out of the prison to meet a VVIP? How could that happen?

“I definitely cannot verify this information but it was given to me by a trusted source. The meeting was not in the prison but outside. When a prisoner is on death row, how could they be brought out just like that?

“That is against the law and protocol. I am waiting for a formal confirmation at this moment,” he told the journalists.

As a person with vast experience in the legal field, Shafee would not make the shocking statement without any basis.

Mahathir is spitting into the wind or ludah ke langit

If it truly happened as alleged, it seemed like the ‘dark history of 1989’ may return to tarnish the image of the country.

Here is the story.

On 19 August 1989, the Malay Mail made an exclusive daring revelation on how businessman, Abdullah Ang had the Super VVIP treatment at the Kajang Prison.

His room was equipped with refrigerator, carpet, video player and waterbed. Abdullah could also enter and exit the Kajang Prison as if he owned that place.

For the record, Abdullah Ang was the Chief Executive of the Malaysian Overseas Investment Corporation (MOIC) who had many friends among the government leaders and senior officers.

He had an eight years sentence and was fined RM100,000 by the Kuala Lumpur High Court on 15 December 1986 (which was lightened after mitigation plea). He pleaded guilty over the charges on criminal breach of trust amounting RM338,808.80.

Two years before his release date, Abdullah was seen around Kuala Lumpur! He was wearing a t-shirt and a pair of white pants. Upon getting the information, the editor of Malay Mail sent the journalist and photographer to track the prisoner.

In its report, Abdullah was also seen at the garment factory belonging to his family. There were no warden or officer from the prison at sight escorting him during his visit.

What happened truly stunned Malaysians as not only a prisoner could walk freely into and outside the jail but his cell was equipped like a hotel room.

However, Abdullah realised that he was being photographed and he covered his face immediately with a towel.

When the case was brought to the prison, they claimed that Abdullah was involved in the pre-release system where a prisoner is allowed to work outside the prison and prep them for their release in the future.

However, according to Allahyarham Datuk Zainuddin Maidin in his article, Abdullah was given the special treatment to travel between the Kajang prison and the capital to drink teh Tarik, read newspapers and to manage his business in Jalan Ipoh, Kuala Lumpur.

Nevertheless, according to Zainuddin, despite his dishonesty, Abdullah Ang had an extraordinary character. He could present himself as a person with the qualities needed in business and trading. He could project himself well in all levels. He was not shy. He was brave and he could be covetous if it is needed.

“That special personality enabled him to close to the officers in Kajang Prison which in turn, gave him the special treatment to roam in and out of the prison to enjoy the air out there,” he said.

It was not a surprise that the special treatment enjoyed by Abdullah was due to his influence and good relationship with the top leaders in the country.

Abdullah Ang’s case also caused a reshuffle in the Prison Department, where the position of the Director-General of Prison was given to a senior police officer then.

In Azilah’s case, it was impossible for him to gain such special treatment but having the access to meet a person outside the prison was truly something special for a convicted prisoner on death row.

As at the time of writing, there is no official statement from the authorities on Shafee’s allegation.

Honestly, we hope that what Shafee said was not true. Generally, we see that the integrity of the Prison Department is still attached at its highest level. Besides that, they have improved tremendously after the scandal involving Abdullah Ang 30 years ago.

One case of Abdullah Ang is more than enough to ruin everything.  MALAYSIAN GAZETTE/ MALAYSIA TODAY