Google says the Malay word “Timah” means “tin”, a chemical metal or an element with a symbol of “Sn” (Stanum), which any science student will find on the periodic table during their chemistry lesson. The silvery metal, with an atomic number of 50, is resistant to corrosion hence it had become one of the most valuable commodities in Malaysia (then Malaya) in the 19th century.

Under the British Empire, Malaya became a crown colony as it emerged as the largest tin producer in the world by 1883. Tin was so valuable that in 1885, 12.8 km of railway – the first railway in the country – was constructed connecting Taiping to Port Weld in Perak. Even close to 100 years later in 1979, Malaysia produced almost 63,000 tons of tin, accounting for 31% of the world’s output.

In 1871, an English explorer during the Victorian era, Tristram Charles Sawyer Speedy, also known as Captain Speedy, sailed to the Straits Settlements in Malaya and became Superintendent of Police of Penang. Born in India but educated in England, Captain Speedy was said to be fearless and a brilliant linguist, having served in a number of capacities in India, New Zealand, Sudan and Penang. 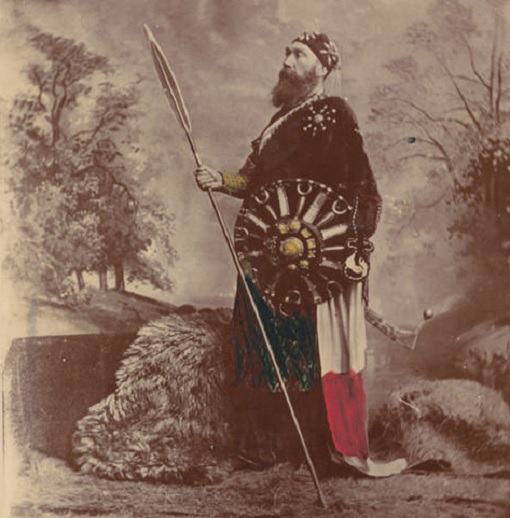 When Sultan Ali died in 1871, the third Larut War erupted when Raja Abdullah fought with Raja Bendahara Sultan Ibrahim for the throne. Chinese tin miners, numbering a whopping 40,000 and divided into two rival clans – Hai San (comprising mostly Hakka and Hokkien) and Ghee Hin (predominantly Cantonese) – was dragged into the civil war over control of the tin mines in Perak.

Ngah Ibrahim, Chief of Larut district, approached Speedy to restore order with an offer of a salary and one-third of the revenues of Larut. Speedy resigned, left for India in 1873 to raise Indian troops, came back and successfully completed his mission. The next year, he was appointed as an assistant British resident of Larut. Mr Speedy was also the man who founded “Thai Peng” (today’s Taiping), which means “Everlasting Peace”.

So, when Puchong-based producer Winepak Corporation combined the 6-foot British Army officer with tin as inspiration to produce Timah Whisky, it was a brilliant idea. After all, it was Captain Speedy who introduced whiskey culture to Malaya. Established since 1982, alcoholic beverage manufacturer Winepak finally hit the jackpot when Timah became the first Malaysian whisky to win awards in a global competition. 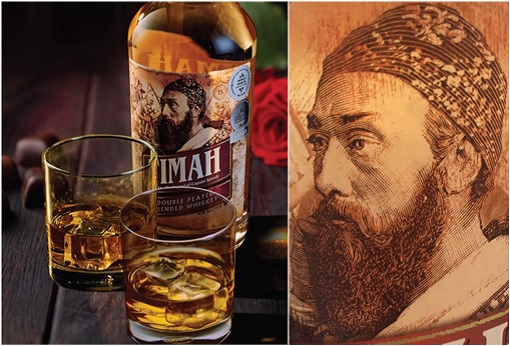 In August 2020, Timah Double Peated Blended Whiskey grabbed the silver medal at both the annual San Francisco World Spirits Competition (SFWSC) and the International Spirits Challenge 2020 (ISC). According to the San Francisco World Spirits Competition website, silver is awarded to “outstanding spirits” that display “refinement, finesse and complexity”, “among the best examples of their categories”.

The global whiskey market was about US$62 billion in 2019 and is expected to reach US$96 billion by 2026. That’s a huge market and would be a great source of revenue for Malaysia. Leveraging on an image of Captain Speedy and a mind-boggling history of a metal that was once the most valuable commodity, Timah Whisky is on its way to become a global brand.

If Timah Whisky was insulting Muslims, certainly screwing Aminah the way Najib did is a bigger insult to Muslims, no? Hilariously, the MAPIM president also argued that the image of the bearded man on the bottle resembled a Muslim man in a kopiah. Mohd Azmi said – “More insolent is the liquor advertisement uses the image of a man in kopiah with a long beard as if showing someone with Muslim image promoting liquor.”

The fact that Mohd Azmi automatically assumed any man with kopiah and beard to be a Muslim speaks volumes about the ignorance and stupidity of certain Malay Muslims in this country. Religious Affairs Minister Idris Ahmad, vice-president of Islamic party PAS, has gone as far as accusing Timah Whisky as “provocative” and can cause confusion, demanding the name to be changed.

The silly fake holy man has lodged complaints with the Domestic Trade and Consumer Affairs Ministry and Home Ministry, two ministries under the control of Malay-Muslim ministers. It appears that Minister Idris has forgotten that the current government is a Malay-Muslim government. Is he admitting that the Ismail Sabri government has deliberately insulted the Muslims? 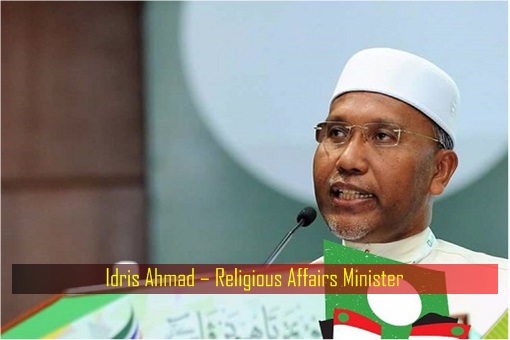 Penang mufti Wan Salim Wan Mohd Noor joined the bandwagon for a 5-minute fame, calling on the government to order the company to change its branding and the image used to maintain racial harmony in Malaysia. Exactly how could the whiskey threaten racial harmony when it was meant for non-Muslims, and Timah is directly translated as tin while the image was a British man?

Nobody asks Malay-Muslims to go into a “non-halal” shop to buy liquor. If you have no intention of consuming alcohol, whiskey or brandy, no amount of advertising could lure you to buy and drink Timah Whisky. But if you already have the desire to drink, there’s absolutely nothing – not even the authorities or God – that could stop you from quietly getting any brand of alcoholic beverages.

Fortunately, the manufacturer did not sell the Timah Whisky in the female body shaped bottle. The dirty-minded extremists will certainly scream that not only the whiskey producer was insulting Muslims with a name that sounded like the Prophet Muhammad’s daughter, but also promoting sex – or even lesbian, gay, bisexual, transgender and whatnot – to Malay Muslims.

If naming the whiskey as Timah is a provocation that will cause anger and confusion, why only Malay Muslims are the only one affected? The news about Timah Whisky has spread all over the world. Why Muslims elsewhere, especially the Arab Muslims, have not expressed their displeasure through protests? Is it not incredible that only Malay Muslims are offended?

In Turkey, for example, alcoholic drink “Raki” is the international drink in the Muslim country. In fact, the Turkish favourite drink Raki consists of up to 45% alcohol content – more than Timah Whisky’s 40% alcohol. Called the “Lion’s Milk” due to its white appearance after it mixes and dilutes with water or ice cubes, Raki is a favourite drink at most social gathering. 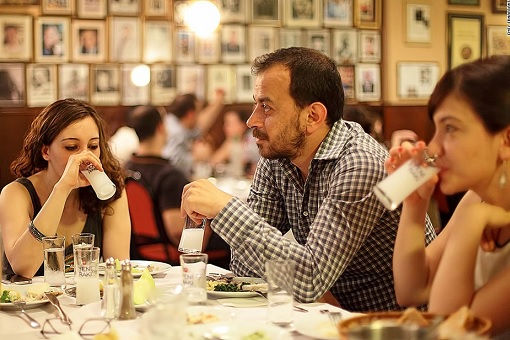 Alcoholic beverage in Turkey did not stop with the Efes Beverage Group, which recorded US$3 billion revenue in 2020. With between 600 and 1200 indigenous grape varieties, the Muslim country is also a paradise to wine drinkers. There are at least 60 types of both white wine and red wine produced by Turkish winemakers. Turkey’s wine expert Levon Bağış once said – “Wine is the most democratic drink.”

For those who have lived in the UAE (United Arab Emirates), Stella Artois is perhaps the best beer one can get in Dubai. The beer, produced in 1921 by two oldest breweries in Egypt, can be traced back more than a century ago when separate Belgian businessmen founded Crown Brewery in Alexandria in 1897, and Pyramid Brewery in Cairo in 1898.

Stella remains not only the most dominant beer in Egypt today, even after more than a century, but is also the most popular brand of local beer in the Arab world. In fact, after Heineken International became a major shareholder in both breweries in 1937, it Arabized the name to Al-Ahram Brewery. The Stella brand was later unified under the Egyptian government ownership and continued to be mass-produced. 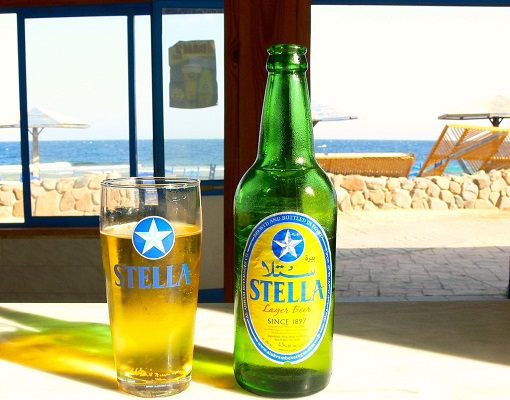 Beer and other alcoholic drinks are also widely available in Tunisia, another Muslim country. With the exception of Friday, alcoholic drinks can be purchased at hotels, bars, restaurants, shops and supermarkets. In addition to locally produced Celtia beer, Tunisia, known as the vineyard of Rome, also produces wines such as Magon.

In Jordan, beer has existed since its first introduction in the region thousands of years ago. Even though Jordan is largely a Muslim country, drinking alcohol is not a social taboo – it is readily available in restaurants and hotels. Amstel remains the most consumed beer in Jordan, followed by Petra (8% alcohol content). And there’s “Abu Nuwas Arak”, produced by Haddad Distilleries.

While a bottle of 750-ml Timah Whisky costs RM190, a bottle of Abu Nuwas Arak with the same capacity is available for only RM80 – with Arabic or Jawi scripts proudly printed and decorated on the bottle as part of branding. The alcoholic beverage was inspired by Abu Nuwas, a classical Arabic poet, who appeared several times in “One Thousand and One Nights” popular tale. 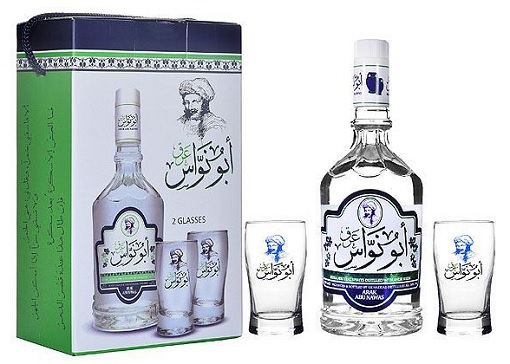 Instead of making a mountain out of a molehill of Timah Whisky, which has nothing to do with Islam or Muslims, should not “munafiq (hypocrite)” Malays organize a nationwide demonstration at the Jordanian embassy to protest against Abu Nuwas Arak? Why must the Malays protest against tin and Captain Speedy, but accept the use of holy Arabic or Jawi and the image of a Muslim, Abu Nuwas, on alcoholic beverage?

Lebanon, Syria, Bahrain, Morocco, Qatar and Oman are some of Gulf countries where you can consume alcohol. Muslims from Saudi Arabia would travel to Bahrain to drink or indulge in other pleasures forbidden in their own kingdom, the same way some Brunei Muslims travel to Miri, Sarawak for exotic entertainment. Even Palestinians drink alcohol.

Obviously, the Arab Muslims are not so easily confused compared to Malay Muslims. Will the Malays dare to claim they are better Muslims than the Arabs? The funny thing is that the Malay Muslims who scream till foaming at the mouth against alcohol are the same Malay Muslims who love to holiday in Turkey and Dubai, and secretly indulge themselves with Raki and Stella Artois.

Actually, Winepak, the alcoholic beverage manufacturer of Timah Whisky, should be given a medal for promoting Malay language, using “Timah” rather than Captain Speedy in the branding of Malaysia-made whisky. The strangest thing about the whole fiasco is that when Timah Whisky won its awards in August 2020, not a single Malay Muslim was outraged.

About 14 months later today, the extremists suddenly whine, moan and bitch about a bottle of whisky that has absolutely nothing to do with the Malay-Muslims. The reason – the munafiqs pretend to be Muslim heroes as Melaka state election and 15th General Election are around the corner. But their extremism and stupidity has provided free advertising for Timah Whisky.