Ghost cities have been in existence in China for at least a decade. The phenomenon was observed and recorded as early as 2006 by writer Wade Shepard. Since then, jaw-dropping photos and videos of these huge urban developments – with empty streets – have gone viral. Today, there is enough empty property or homes in China to house more than 90 million people.

To put it in perspective, those empty properties could fit the entire population of Germany, France, Italy, Canada or the United Kingdom. According to Logan Wright, director of Hong Kong-based Rhodium Group, the existing under-occupied houses in China are about 3-billion square metres. Obviously, oversupply has been a problem for years, but nobody talks about it – until Evergrande. 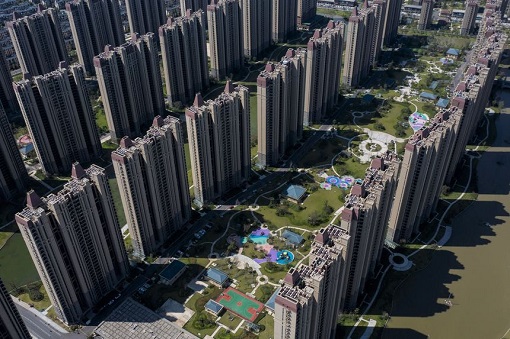 Before the US$300 billion debt crisis hit Evergrande Group, China and the world’s largest property developer, the company was so successful that its founder – billionaire Xu Jiayin (Hui Ka Yan in Cantonese) – was once China’s richest man. It boasts of owning more than 1,300 projects in more than 280 cities across the country, employing about 200,000 people.

But real estate was not Evergrande’s only business. Like other ambitious and greedy real estate companies that collapsed, it ventured into electric vehicles, theme parks, food and beverage, groceries, dairy products and even sports. The company bought a soccer team in 2010, naming it Guangzhou Evergrande and has built the world’s biggest soccer school that burned US$185 million.

And the soccer team is building the world’s biggest soccer stadium that will cost US$1.7 billion that comes with 100,000-seat capacity. It has Evergrande Fairyland theme park and Ocean Flower Island in Hainan, commonly known as the “Chinese Hawaii”. But it also has 1.6 million undelivered apartments – the ghost towns – and bond payments it repeatedly fails to pay.

As the most indebted company in the world, naturally, Evergrande crisis is being compared to the collapse of U.S. investment bank Lehman Brothers in 2008, which led to the global financial crisis so serious that many economists called it the Great Recession. However, the Evergrande crisis is different from the Lehman collapse – Evergrande holds land, while Lehman held toxic financial assets.

While Evergrande is facing a liquidity crunch, it still owns a large land bank and apartments – physical assets that could be sold for cash. On the contrary, the Lehman investment bank underwrote tens of billions of dollars’ worth of securities backed by risky mortgages during a U.S. housing bubble, which turned junk. Ultimately, the U.S. government allowed Lehman to fail, before bailing out other financial institutions.

Besides, unlike Lehman Brothers, the Chinese government actually knew very well about Evergrande’s financial health from the beginning through state control. With over US$3.2 trillion in foreign exchange reserves, Beijing could easily bail out its biggest real estate company if it wanted to. The fact that it has done nothing so far suggests that the debt crisis is manageable.

Last Friday (Oct 15), the People’s Bank of China said Evergrande had mismanaged its business, but risks to the financial system were “controllable”. It said – “In recent years, the company has failed to manage its business well and to operate in accordance with market changes. Instead, it blindly diversified and expanded, resulting in serious deterioration of its operating and financial indicators, which eventually led to risks.”

Real estate and related sectors are a massive part of China’s economy – as much as 30% of GDP. Therefore, it’s impossible that Beijing was clueless about Evergrande. After all, the debt crisis did not happen suddenly. Evergrande’s Hong Kong-listed shares have tumbled nearly 90% since July 2020, as the Chinese government cracks down on speculation in the real estate market.

Evergrande is not the only one struggling. Christina Zhu, an economist at Moody’s Analytics, said that 12 Chinese real estate companies have defaulted on bond payments totaling about 19.2 billion yuan (almost US$3 billion) in the first half of the year – accounted for near 20% of total corporate bond defaults. In fact, as early as 2017, Beijing started its crackdown on giants like Dalian Wanda Group, HNA Group and Anbang Group.

Yes, the crackdown on property developers actually started as early as October 2017 when President Xi Jinping said at the Chinese Communist Party’s Congress that “houses are for living in, not for speculation”. Evergrande is in debt crisis now because not only Beijing thinks it’s time to stop the company’s mismanagement, but largely because it wanted to cool the property market.

Last year, Beijing already warned that developers must keep debt levels within reasonable levels based on “three red lines”. The guidelines say that the ratio of liabilities to assets must be below 70%, the net debt to equity ratio must be below 100% and the cash to short-term debt ratio must be at least 100%. Evergrande failed all of the tests in June and was forbidden from raising additional debt – triggering the current crisis.

The Evergrande crisis, however, has a bigger impact on the world’s economy than local real estate sector. According to the IMF, China has long been the biggest engine of global prosperity, contributing 28% of GDP growth worldwide from 2013 to 2018 – more than twice the share of the United States. If China’s economy suddenly collapses due to Evergrande, it will take down the world with it. 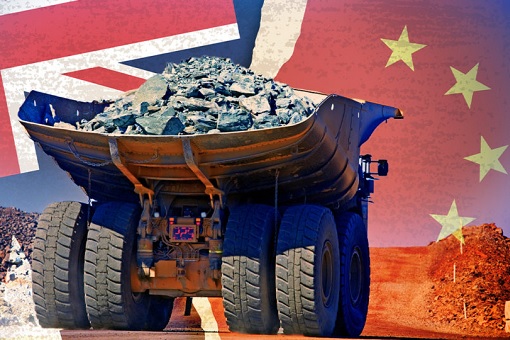 For now, the Evergrande debt crisis is enough to spook the world, especially countries like Australia, Brazil and Zambia that depend on China’s relentless demand for commodities such as steel, copper and other materials essential to construction. With China accounting for up to 75% of the world’s iron ore imports, Australia’s most valuable export commodity has already been hit hard.

Australia’s iron ore export constituted 66% of China’s total import. Last financial year (2020), Australia made a record breaking A$149 billion from iron ore exports alone thanks to skyrocketing prices, up from A$63 billion in 2018-2019. Iron ore is critical to make steel, a key component of China’s construction stimulus-driven economic recovery.

However, from a record high of US$237.57 (A$325) a tonne, iron ore’s price has fallen since July this year to below $US130 (A$176) – a whopping 45% plunge. The speed and quantum of the price drop have taken many analysts and economists by surprise. Conveniently, they blamed on the Chinese slowing economy as the reason for the shocking price correction.

For every US$10 a tonne decrease in the iron ore price relative to the budget forecast this financial year, Australia’s nominal GDP and federal government tax incomes is expected to fall A$6.5 billion and A$1.3 billion respectively. It means the price drop of US$100 a tonne would translate to A$65 billion fall in the Aussie’s nominal GDP and A$13 billion loss in taxes.

The biggest problem with Australia, the country most dependent on China, is the fact that iron ore made up 41% of Canberra’s total goods exports. With only 12 million babies born in China last year, the low birth rate does not need more ghost cities that the country already had. What if Beijing decides not to buy anymore iron ore from “the land Down Under”?

It’s absolutely possible, mind you. Already, unoccupied or unfinished apartment blocks are being demolished so that steel and copper can be extracted for recycling purpose. It’s cheaper and faster than smelting iron ores. A 15 high-rise apartment blocks, for example, can be demolished with 85,000 controlled explosions in less than a minute.

And without the need for heat energy to make steel from melting iron ore, it also reduces the need for imported Australian coal. The melt of Evergrande, from the world’s most valuable real estate group to the world’s most indebted property developer, would see the Aussie’s economy plunge into deep trouble as Beijing is determined to see a slow landing on the overheated real estate market.

Given building construction takes about one-third of the steel produced in China from iron ore mainly supplied by Australia, the Chinese can totally stop the import of Aussie’s iron ore. The slowdown in property couple with the recycling of steel will definitely crash the price of iron ore, along with other related commodities. China has already slashed its own steel production.

But it would not just affect Australian metals. Should Evergrande collapse, which Beijing can certainly allow it to, largely because China’s economy is worth a staggering US$15 trillion, the chain reaction could reach as far as real estate in Australia, not to mention 45,600 jobs directly related to the industry. Indeed, when China sneezes, Australia and the world catch a cold.