This is because the prime minister’s relatively weak base in Umno could present challenges in governing the country, an analyst said.

Ooi Kok Hin, a doctoral student at the University of Albany’s department of political science, said that after backing Muhyiddin Yassin with other Umno members when his predecessor’s majority came into question, Ismail may have destabilised his support within his own party.

This is particularly notable given that the two Umno leaders who outrank him – party president Ahmad Zahid Hamidi and his deputy Mohamad Hasan – have both rejected the notion of working with Bersatu in the next general election, a party which Ismail’s government is relying upon to keep his government intact.

“The political order under Ismail Sabri is shaky. Within his party, (he) must face the Umno party election, which must be held by the end of 2022. The timing for this will depend on the timing of the general election,” Ooi wrote in an essay published by the ISEAS Yusof Ishak Institute.

“Will Ismail Sabri contest the presidency? It is unprecedented enough that a non-party leader was appointed prime minister, but it is more bizarre if he does not consolidate power within his party.” 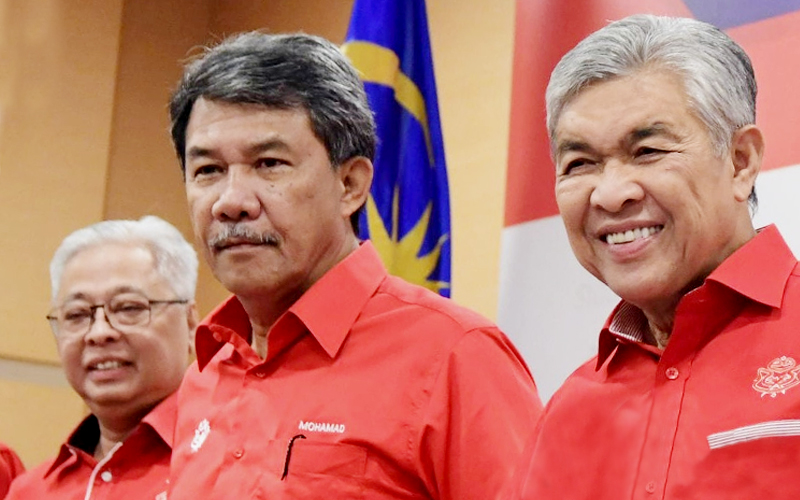 He said Ismail would have to walk the tightrope between promoting himself as a candidate that would put Umno’s interests first, and avoiding antagonising those in Bersatu on whose support his government relies.

Without the presidency, he said, Ismail would not have the final say on candidate selection for the next general election and would be unable to “unilaterally” negotiate with his coalition allies.

Ooi said PAS also has great leverage in the current alignment, and could prove tricky to manage for Ismail. Given that PAS “controls” the religious affairs ministry, Ismail would have to manage his relationship with the party carefully.

“Will Ismail Sabri’s dependency on PAS’ loyalty lead to concessions in religious conservatism, or will he contain their ambition out of fear that PAS’ agenda will cost him support from East Malaysian parties?”

Ooi said PAS had the most to gain from the current tension between certain Umno factions and Bersatu “and it would, therefore, be in their interest to draw out the Umno-Bersatu rivalry for as long as possible”.

He said divisions within Umno had benefited PAS in previous elections, including the last one, and that strengthening ties with Bersatu meant they did not need to share power with Umno and could take advantage of Bersatu’s weak East Coast support and dominate traditional bases in Kelantan, Kedah and Terengganu.

It was this lack of certainty in his support within the government that had led to the memorandum of understanding signed with Pakatan Harapan, formed on the basis of political transformation and cooperation.