Rosmah applies for release of passport to be in Singapore

KUALA LUMPUR: The High Court will hear on Friday an application by Rosmah Mansor, who is facing corruption charges linked to the solar panel project for Sarawak schools, to have her passport returned temporarily to be in Singapore.

In a motion filed yesterday, the wife of former prime minister Najib Razak, said she needed to be with their daughter Nooryana Najwa who is due to deliver soon in the island republic.

Rosmah said she will be out of the country from the end of October to early December and wanted the police and the Immigration Department to give their cooperation.

Nooryana is married to Daniyar Kessikbayev, a Kazakhstan national, and the couple is now residing in Singapore.

In the application sighted by FMT, Rosmah said Nooryana is expecting her second baby and will be giving birth at a private hospital.

“Nooryana has a history of complications during delivery,” she said, adding that she wants to be beside her daughter to provide mental and emotional support after delivery. 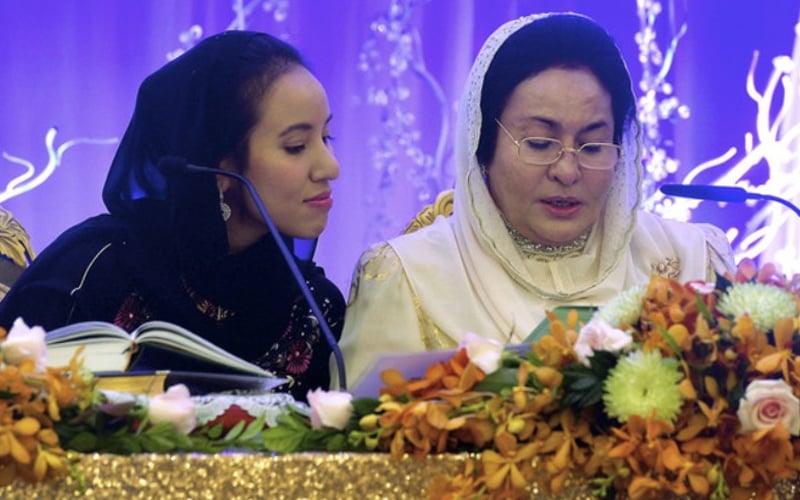 Her lawyer Akberdin Abdul Kader when contacted said the cause papers had been served on the prosecution today.

Her passport was impounded when she was charged in 2019.

Rosmah, who has been asked to enter her defence, will resume giving evidence on Oct 21.

She is charged with soliciting RM187.5 million from contractor Saidi Abang Samsudin as well as receiving RM6.5 million in cash from him.

It is alleged that the money was meant to help Saidi’s company, Jepak Holdings Sdn Bhd, to secure the RM1.25 billion solar panel project.