In a national broadcast on Sunday, Prime Minister Ismail Sabri proudly claimed victory, announcing that Malaysia will allow interstate and overseas travel effective from Monday (Oct 11). However, only 90% of its adult population (along with their children) that have been fully vaccinated will enjoy the freedom, even though those unvaccinated will definitely try their luck.

Knowing the inefficiency of law enforcement and corruption in the police force, everyone would scramble to travel interstate, either back to their “hometown” or for a short vacation after being trapped for almost a year. Already, TikTok videos have gone viral of people who drove and camped out by the road near toll gates, awaiting the stroke of midnight to cross states. 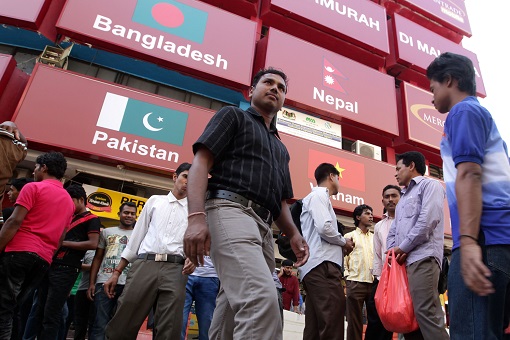 The actual rush will only be known this weekend as people still need to work when the announcement was made on Monday. But the achievement of the immunization target was fully milked by PM Ismail, despite the fact that it was his incompetence while serving as Senior Minister during the previous Muhyiddin regime that had prolonged the Coronavirus pandemic.

The current third wave, triggered as a result of the power-crazy Muhyiddin’s second coup to snatch power in the state of Sabah, has been ongoing since September 2020. At its peak (August 2021), Malaysia registered 24,599 daily infections. When Muhyiddin was forced to resign, after 17 months under his clueless and incompetent regime, the country saw a total 1,424,639 infections and 12,784 deaths.

On the day (Oct 10) Ismail Sabri announced the lifting of interstate lockdown, the country recorded 7,373 new cases. The cumulative infections, however, had climbed to 2,339,594 – up a whopping 64% in less than 2 months since Muhyiddin’s resignation on August 16. Death toll, meanwhile, jumped to 27,329 – more than double. Hence, there isn’t any reason to celebrate.

It’s disturbing when he said – “The reopening of borders will continue even if there is a surge”. It’s both foolish and arrogant to think that the worst is over just because 90% of adult Malaysians have been vaccinated. Singapore has higher vaccination rate, yet, its Covid-19 infections have suddenly skyrocketed, as do the United Kingdom.

While 90% of adults in Malaysia have been fully vaccinated, only 66% (21,437,380) of the country’s population of 32 million had received the full two doses of vaccines. About 75.7% or 24,511,724 (as of 11 Oct) people had received at least one dose, meaning 8 million people are not protected at all. They are potential spreader when travel interstate.

According to a study led by the Office for National Statistics, the Department for Health and Social Care, and the University of Oxford in the United Kingdom, adults who have been fully vaccinated against SARS-CoV-2 can carry the same “viral load” of the Delta variant as those who are unvaccinated. But there is a bigger problem that Ismail government does not want the general public to know.

How many illegal immigrants have been vaccinated so far? Crucially, does the government even know the total number of immigrants or foreign workers in the first place, both documented and undocumented? Officially, there are about 3-million illegal migrants, or nearly 10% of the country’s population of 32 million. Unofficially, however, the figures are jaw-dropping.

It’s believed that an estimated 4 to 6 million illegal migrants in the country, translating up to 20% of the population. In June, Khairy said only about 400,000 foreigners, comprising expatriate and migrant workers, had registered under MySejahtera app for Covid-19 vaccination – representing 16% of an estimated 2.5 million documented migrant.

And if you add the 6 to 8 million foreigners to the 8 million Malaysians, there are up to 16 million people walking around without a single dose of Coronavirus vaccine. Do PM Ismail Sabri and his super bloated Cabinet of 73 ministers and deputy ministers have any idea what does that mean? What are the plans, assuming there is one, to get them vaccinated?

Newly crowned Health Minister Khairy Jamaluddin gave his assurance last month that the government will provide Covid-19 vaccines to everyone in the country, regardless of their documentation status. This is not the first time he has assured illegal migrants that it is safe to come forward. Back in Feb 2021, Khairy announced that undocumented migrants seeking vaccines would not be arrested.

But in June, the genius Home Minister Hamzah Zainuddin suddenly launched crackdowns on illegal migrants, despite Khairy’s promise not to arrest them. Hamzah arrogantly said raids on illegal foreigners would be part of enforcement exercise during the country’s lockdown to combat Covid-19 pandemic. He wanted to show off his power as the home minister.

When opposition MPs and activists told the home minister that the clampdown would backfire for obvious reason, the power-hungry Hamzah told his critics to “sponsor” the illegal workers. It didn’t cross Hamzah’s big head that the untrustworthy government of Muhyiddin would force the foreigners to run and hide instead of getting the vaccines, leading to spikes in infections.

There has been little change since Ismail Sabri became the new prime minister, replacing Muhyiddin in August. The same arrogant Hamzah has been reappointed as home minister by the lame duck and clueless PM Sabri. In fact, Immigration director-general Khairul Dzaimee Daud and all officials involved with the June raids still remain in the government.

Even if Khairy makes another promise again that all migrants will not be arrested or tracked down after vaccinated, why should the foreign workers trust the government? Khairy’s assurance means nothing to the fearful migrants, who knew how the government lied previously. The new prime minister did not even bother to take the lead in re-establishing trust with the migrants.

Ismail Sabri administration can continue to pretend that everything is rosy – “see no evil, hear no evil, speak no evil” – and adopts the self-denial mode. But the elephant in the room – 6 to 8 million foreign workers – is the walking time-bomb that could spark a new – bigger – wave of Covid-19 infections. For better or worse, the decision to reopen interstate borders will certainly raise infections.

If Singapore, who has total control of its foreign workers, is seeing a new wave of Covid-19 cases now, despite 81% of its population fully vaccinated, what more Malaysia who is clueless about the actual number of its foreign migrants and with only 66% of its population fully inoculated. That’s why Khairy expressed his worry about the possibility of another wave of Covid-19 infections following the reopening of interstate travel.