PETALING JAYA: It is possible that half of the documented and undocumented migrant workers in Malaysia are not fully vaccinated, an activist said.

The government said more than 90% of Malaysia’s adult population have received two doses of the Covid-19 vaccine, enabling interstate and international travel to resume from yesterday.

New Su Shern, executive director at Project Libera8, which conducts outreach vaccination programmes for migrant workers, said: “We might not even be reaching half of that target where migrant workers are concerned.

“We have a long way more to go and it is just going to get harder and harder from here.” 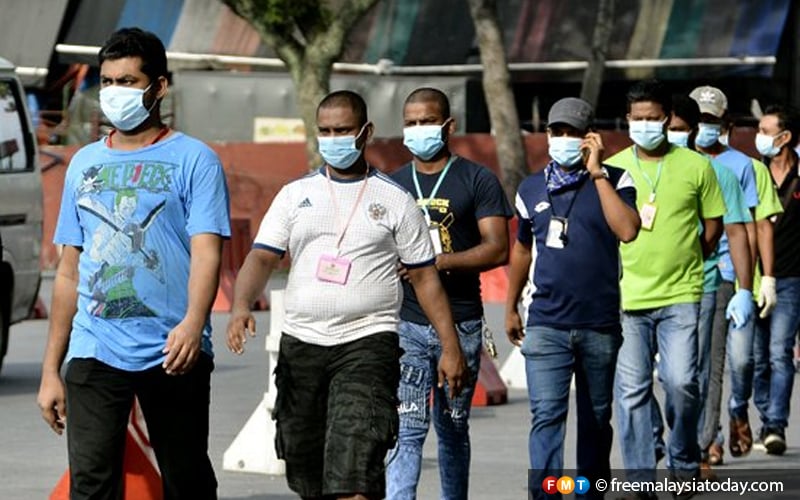 In June, health minister Khairy Jamaluddin had said about 400,000 foreigners, comprising expatriate and migrant workers, had registered under MySejahtera for Covid-19 vaccination. This is 16% of an estimated 2.5 million migrants who are documented.

Unofficial data suggests that there may be up to four million migrant workers who are undocumented.

Many activists had criticised the ministry of home affairs for supposedly taking a harsh approach against the community, with minister Hamzah Zainudin saying in June that the government would “round up” undocumented migrants to help them get vaccinated.

The health ministry had, on its part, given an assurance that it would not turn away or take action against anyone who wanted to get vaccinated, regardless of their immigration status.

Recently, Khairy also said the country would be making preparations to move into the endemic phase of the disease.

Speaking on potential issues with the TRIIS approach, New said it was important to ensure the various communities were empowered with the information and access to treatment needed to live with Covid-19.

She said changes in SOPs and even the Covid-19 development in the country were not being communicated in a language that foreign workers could understand.

“They may not even be able to comprehend what is going on at the moment. We need to think about how to get that message across in different languages, different ways and different platforms,” she said, adding that this was especially important as the government emphasised the TRIIS approach.

On self-testing, she said both the information on self-testing and the kits were not being made accessible to migrants.

“Affordability and accessibility are really something that will be a problem. It is quite challenging for migrant communities to access information on how to use it.

“The instructions are not in a language they fully understand. Many do not even know how to use the functions on the MySejahtera app.”

She said the RM19.90 ceiling price for self-test kits was considered not affordable to the average migrant worker.

Aside from that, those who tested positive for the virus may even opt out of seeking treatment, citing expensive costs to foreigners especially for treatment in the Intensive Care Unit (ICU).

Meanwhile, activist Adrian Pereira of the North-South Initiative questioned the 90% adult vaccination rate, saying the government had yet to fully address vaccinations for undocumented migrants, who were a “hidden population”.

“The health ministry should show how many in the percentage of the fully vaccinated population are non-Malaysians. From there, we would be able to triangulate how many foreign workers have yet to get vaccinated,” he said.