United Malays National Organization (UMNO) is on the path of destruction, but the political party hasn’t realized it, thinking the worst is over after the May 2018 General Election, where it lost power for the first time in 61 years since independence in 1957. Now that it is back to power through a series of backdoor and betrayal manoeuvres, UMNO thinks it could return to its former glory.

But former Prime Minister Najib Razak’s plan to seek re-election to parliament, despite being convicted and sentenced to 12 years in jail, along with the latest power struggle between Melaka Chief Minister Sulaiman Md Ali and former Chief Minister Idris Haron, suggest that the arrogant UMNO has not learned its lesson. UMNO is actually more divided now than when it first lost its power. 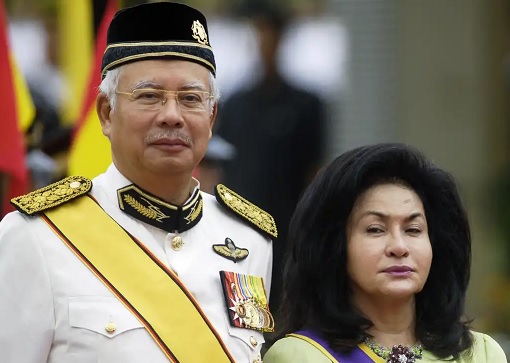 Assuming Najib managed to get re-elected without being disqualified, and UMNO President Zahid Hamidi won’t be convicted, who would become the next prime minister? Will current clueless “turtle egg” PM Sabri continues to get the support from both Najib and Zahid to run the country, assuming again that the UMNO-led Barisan Nasional coalition could win big in the next 15th General Election?

The only way Barisan Nasional can win big is to either wipe out Opposition Pakatan Harapan (comprised PKR, DAP, Amanah, UPKO), or to totally destroy ally Perikatan Nasional, which consists of Malaysian United Indigenous Party (Bersatu or PPBM), Islamist party PAS and Gerakan. If Barisan fails to snatch more seats and win big, then UMNO may not get to claim the premiership.

However, if UMNO is cocksure of a victory by going solo, why must Kamarazaman Yaakob (older brother of PM Ismail Sabri Yaakob) launched a new party called “Parti Kuasa Rakyat” on Sunday (Oct 10)? Heck, the party is deliberately abbreviated PKR to confuse voters with Opposition PKR (Parti Keadilan Rakyat), the People’s Justice Party.

It’s not rocket science that Kamarazaman’s PKR is being sponsored and supported by the prime minister himself. It’s not easy to get approval for the setting up of a new political party in the country. Malaysia United Democratic Alliance (MUDA) has seen its registration rejected and blocked by the Registrar of Societies (RoS) because it is seen as a threat to the current regime.

The most hilarious part was when Kamarazaman declared that the goal of his dubious PKR is to champion the poor and in order to do that, Parti Kuasa Rakyat will be friendly to Barisan Nasional. Has he just woken up from slumberland and found out that there are tonnes of poor people in the country? Where has he been for the last 60 years?

Did Mr Kamarazaman realize how contradictory and ridiculous the justifications he hastily cooked up? He talked as if the people suddenly become poor yesterday. Was it not UMNO (the party his brother Ismail joined since 1987) that had been ruling for the last 61 years since independence before it was stunningly defeated by the Opposition in the May 2018 General Election?

It means the corrupt UMNO had failed spectacularly to solve the poverty of ethnic Malay for more than 6 decades because the UMNO-Malay elite, including the entire families of Sabri Yaakob, were busy enriching themselves. Had Kamarazaman asked himself why a Malay stole a handphone, leading to the Low Yat bloody racial riots in 2015, where his brother applauded the thievery?

So, if UMNO, the Malay nationalist party formed to defend the ethnic Malays, could not (or rather not interested) even uplift the Malay community out of poverty after 60 years, what make Mr Kamarazaman thinks his party could do so by being friendly with Barisan Nasional? He even has the cheek to claim his party is multiracial, and belittled DAP and Gerakan as non-multiracial parties. 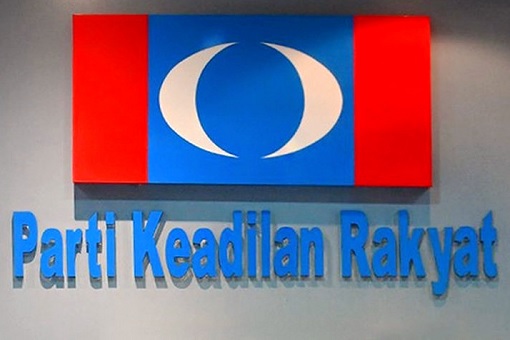 The brother of the prime minister has already demonstrated his utmost racism when he proclaims that only his party and Parti Keadilan Rakyat are multiracial. It seems when a party is headed by Malays, only then it can be qualified as multiracial. But if they are headed by a Chinese (like DAP or Gerakan), then those parties are racist and not multiracial.

But Kamarazaman, a so-called veteran activist, has conveniently forgotten that Barisan Nasional was supposed to be a multiracial coalition, comprising not only UMNO to defend the ethnic Malay, but also MCA (Malaysian Chinese Association) and MIC (Malaysian Indian Congress) to represent the minorities Chinese and Indians, as well as other non-Malay minorities and natives in Sabah and Sarawak.

By saying that Parti Kuasa Rakyat is formed to champion the multiracial poor, it is essentially an admission that the UMNO-led Barisan Nasional was corrupt, racist and incompetent. Without Kamarazaman realized it, he actually has also admitted that his brother, PM Ismail, was part of the corrupt and racist system for the last 34 years since the turtle-egg man joined UMNO in 1987.

Obviously, the game plan is to grab the market share of voters who are not happy with any of the existing political parties. Kamarazaman hopes to help his brother by pretending to be the third force, offering safe haven to independent MPs and targeting all fence sitters, especially the young 18-year-old vote bank – the critical group of voters who will determine the winners and losers.

UMNO is in trouble largely because unlike the Republicans and Democrats in America that are deeply divided along ideological lines, UMNO is divided not only along ideological lines, which saw it fights for the same Malay vote bank with Bersatu, PAS, Pejuang and PKR, but also along racial lines. It cannot claim as champion for non-Malays or non-Muslims because it was founded based on racism.

You can only play racial card for so long. Now that the Malay vote bank is split into not only different Malay-centric parties, but also divided into many power-hungry factions within UMNO itself, the cake has shrunk into a dangerously small size. Even Muhyiddin’s racist Malay-only party has turned into a multiracial party last year (August 2020) – without much success.

That’s why UMNO vice-president Mahdzir Khalid said the Malays do not need many political parties because it will only lead to factionalism in the community. Apparently, he was worried of not only Parti Kuasa Rakyat, but also UMNO veteran Tengku Razaleigh’s plan to revive the “old UMNO”. However, it would be a futile attempt for Kamarazaman to hoodwink the Chinese or Indians.

After 60 years of racism, bullying and discrimination, the Chinese voters would not vote for UMNO or its subsidiaries, but prefer Opposition or not vote at all. Only 5% would vote for MCA. How could they vote for a new party like Parti Kuasa Rakyat that claims to champion the poor, but friendly with bullies, racists and crooks in Barisan Nasional? It would be more believable if the fake PKR pretends to be anti-UMNO.

Ismail Sabri hopes his brother’s PKR could become the Pepsi that managed to snatch Coca-Cola’s share market. It is a clone copy of the original Opposition de-facto leader Anwar Ibrahim’s PKR, offering free scholarships, free healthcare, free housing and whatnot. UMNO desperately needs the Chinese and Indian, the supports which MCA, MIC and Gerakan failed to deliver.

It’s true the apple doesn’t fall far from the tree. Kamarazaman’s idiotic plan to set up PKR would most likely suffer the same fate as “Low Yat 2”, the silly idea of his racist brother to empowering Malay vendors after mini racial riots at IT Mall Low Yat in 2015. He should stop insulting people’s intelligence with claims that his brother – the PM – doesn’t know about his new party.

The Malay elite has set up two new standards after the 2018 General Election. The first standard was set up by Muhyiddin Yassin, who says there is no red line that cannot be crossed, when he betrayed his own allies in democratically elected Pakatan Harapan so that he could become a prime minister. The second standard was when a man as clueless and incompetent as Ismail Sabri could become a premier.

It was because of these two disgraceful standards that saw the greedy and corrupt Malay leaders scramble for the “Iron Throne”, contributing to mushrooming of new political parties under the pretext of fighting for the Malays or championing the poor. The more the merrier – the more Malay parties fight each other, the more they would need non-Malay votes – forcing them to play less racial and religious card.