More than 600 journalists from 150 media outlets in 117 countries were involved in the biggest journalism partnership in history to investigate and uncover financial secrets of 35 current and former world leaders, 336 high-level politicians and public officials in 91 countries. The battalions of journalists had to comb nearly 3 terabytes of data, which dated back to the 1970s.

The latest bombshell, leaked to the International Consortium of Investigative Journalists (ICIJ), was so huge that they spent two years just to go through more than 11.9 million confidential files, connecting the dots and digging court records and public documents. Almost everyone was involved in the US$11.3 trillion of secret treasure held “offshore”.

Besides world leaders and powerful politicians, more than 100 billionaires’ assets were revealed, in addition to financial secrets of celebrities, judges, generals, religious leaders and even drug dealers. The Pandora Papers is a similar project released in 2016 known as the “Panama Papers”, which was leaked by now-defunct law firm called Mossack Fonseca in a 2.6 terabytes data.

The latest investigation involved accounts registered in offshore havens like the British Virgin Islands, Panama, Cyprus, UAE, Seychelles, Hong Kong, Singapore, Switzerland and Belize. However, some of the secret accounts were discovered in more than 100 trusts set up in the U.S., where South Dakota alone had 81, follows by Florida (37), Delaware (35), Texas (24) and Nevada (14).

The ICIJ has identified 956 companies in offshore havens, with more than two-thirds of those companies set up in the British Virgin Islands. Many use shell companies to hold luxury items such as property, yachts, private jets, as well as incognito bank accounts and even artworks by Picasso. Here are some of the key revelations:

Between 1995 and 2017, King Abdullah II of Jordan hired an English accountant in Switzerland and lawyers in the British Virgin Islands to create a network of 36 offshore companies and tax havens to amass property empire of 14 luxury homes worth US$106 million, including a US$23 million ocean-view property in California and others in Malibu, Washington and London.

While the Jordanian King’s attorneys said he isn’t required to pay taxes under his country’s law and hasn’t misused public funds, the revelations are an embarrassment to the monarch, whose government was plunged in scandal this year when his own half brother – former Crown Prince Hamzah – accused the country’s leaders of corruption and incompetence. 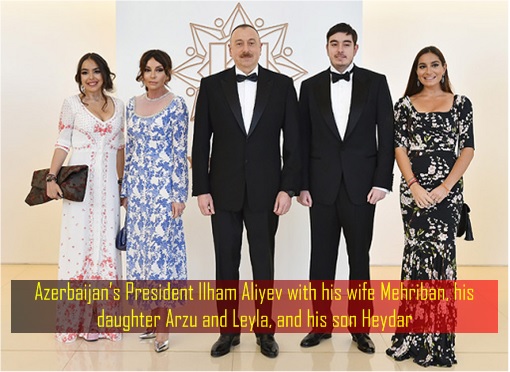 For centuries, London has been one of the world’s top destinations for shopping, dining, and property investment. And when you put the Azerbaijan president in Britain, even Queen Elizabeth will be dragged into the scandal. The Pandora Papers show that Aliyev family has been secretly involved in property deals in Britain worth £429 million (US$585 million), including prominent historical buildings.

Queen Elizabeth II’s crown estate bought one property worth almost US$91 million from the family. Hidden for years behind offshore companies with generic names like Sheldrake Six and Fliptag Investments, the latest data showed the Aliyevs owned at least 84 offshore companies, registered in the British Virgin Islands, since 2006.

The president’s son, Heydar, acquired his first offshore company and US$45 million office block when he was just a 11-year-old kid. His daughter Arzu, who studied psychology in London, had just turned 19 when she acquired her own. Journalists found that at least eight of the companies received millions of dollars from money laundering and dubious transactions originated from Azerbaijan and Russia.

When ICIJ’s Panama Papers were exposed in 2016, Imran Khan was delighted, saying – “The leaks are God-sent”. The revelations which linked the children of then-Pakistan’s Prime Minister Nawaz Sharif to offshore companies provided Imran with powerful ammunition. He screamed – “It is disgusting the way money is plundered in the developing world from people who are already deprived of basic amenities.”

Eventually, Pakistan’s top court removed Nawaz Sharif from office as a result of an inquiry triggered by the Panama Papers, allowing Imran Khan to win an election with ease. Now, Khan is being haunted with practice of money laundering that he had condemned 5 years ago. His cabinet ministers and their families were found to secretly own companies and trusts holding millions of dollars. 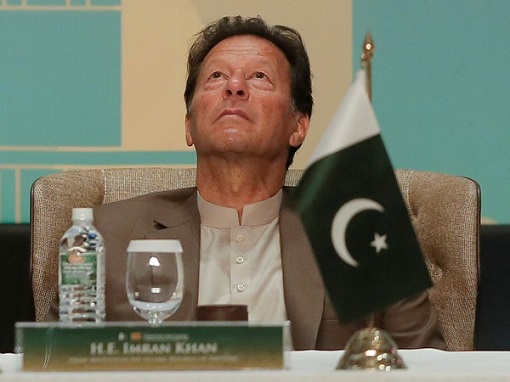 His water resources minister, Chaudhry Moonis Elahi, contacted Asiaciti Trust, an Singapore-based offshore service provider, in 2016 about setting up a trust to invest US$33.7 million, but backed off after Asiaciti told him it would report the details to Pakistani tax authorities. Finance Minister Shaukat Fayaz Ahmed Tarin is accused of hiding millions of dollars in wealth in secret companies or trusts.

Czech Prime Minister Andrej Babis, one of the country’s richest men, rose to power promising to crack down on tax evasion and corruption. In 2011, he told voters that he wanted to create a country “where entrepreneurs will do business and will be happy to pay taxes”. But the premier, who is facing an election this week, is now in hot soup after the revelations.

The leaked records show that PM Andrej splurged US$22 million in 2009 into a string of shell companies to buy a sprawling property, known as Chateau Bigaud, in a hilltop village in Mougins, France. He failed to disclose the shell companies and the 5-bedroom chateau in the asset declarations he’s required to file as a public official. Still, the PM said – “I’ve never done anything illegal or wrong.”

Another leader who has portrayed himself as an enemy of corruption, but used the same system to enrich and stash wealth in offshore accounts is Kenyan President Uhuru Kenyatta. In 2018, Uhuru said – “Every public servant’s assets must be declared publicly so that people can question and ask – what is legitimate? If you can’t explain yourself, including myself, then I have a case to answer.”

Now, the leaked records showed President Uhuru and his mother are beneficiaries of a secretive foundation in Panama. In total, the Kenyan leader, along with 6 family members, secretly owns a network of 11 offshore companies. His brother and two sisters alone own five offshore companies with assets worth more than US$30 million.

While the transaction was not illegal, the deal highlights a loophole that has enabled wealthy property owners not to pay a tax. Tony was previously an outspoken critic of tax loopholes. But with the purchase of the building, which now hosts Cherie’s law firm, it has also raised the question whether Tony, who served as a diplomat in the Middle East after stepping down as PM in 2007, had been given a special discount. 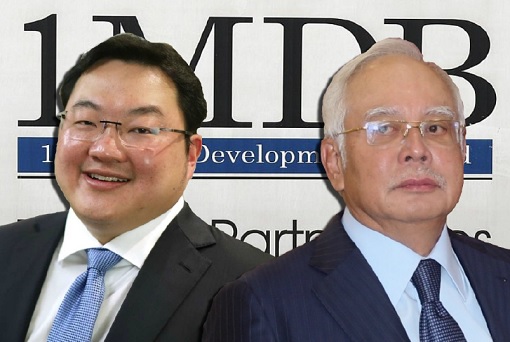 The Pandora Papers’ investigation also highlights how Baker McKenzie, the largest law firm in the United States, helped create the modern offshore system and continues to be a mainstay of this illicit economy. McKenzie  and its global affiliates have profited from the work done for people or crooks tied to fraud and corruption, like Malaysian Jho Low and Ukrainian oligarch Ihor Kolomoisky.

ICIJ found that Jho Low, the partner-in-crime of former Malaysian Prime Minister Najib Razak, relied on Baker McKenzie and its affiliates to help him and his associates build a web of companies in Malaysia and Hong Kong to embezzle more than US$4.5 billion from a Malaysian economic development fund known as 1MDB. The US-DOJ said some of those companies were used to shift money plundered from 1MDB.

But Jho Low and Najib Razak were not the only crooks exposed in the Pandora Papers. Former Deputy PM Zahid Hamidi, who is now the UMNO president, was a director in Breedon Ltd, a British Virgin Islands (BVI) offshore company, as far back as 1996. At that time, Zahid was CEO of public listed company Kretam Holdings Bhd, which operates the Husong He Hydropower Station in China’s Yunnan province.

Coincidentally, according to former Prime Minister Mahathir Mohamad, who ruled for 22 years (from 1981 to 2003), Mr Zahid had admitted during “asset declaration” in the same year (1996) that he possessed RM230 million. He was elected United Malays National Organization (UMNO) Youth Chief in 1996 – suggesting he could have been involved in money laundering and corruption for decades.

The Pandora Papers also leaked how Daim Zainuddin, once extremely rich and powerful finance minister during Mahathir’s era, had set up trusts for his children, wife and business associates. His sons, Muhammed Amir Zainuddin Daim and Muhammed Amin Zainuddin Daim were owners of BVI firm Newton Invest & Finance Limited (BVI) in 2007 when they were just 9 and 12 years old respectively.

By 2017, when both Daim juniors were in their early 20s, they were the proud owners of several offshore firms set up in tax havens, including Splendid International Ltd (BVI) which held London properties worth £12 million (RM68 million). Daim’s children and wife were worth at least £25 million (RM142 million) based on ownership of companies and trusts alone.

Tengku Zafrul Abdul Aziz, current finance minister of Ismail Sabri administration, has been exposed as one of Malaysian rich Malay elites and politicians who held directorship in offshore companies, included Capital Investment Bank (Labuan) Ltd. Zafrul name first appeared in 2013, when the ICIJ exposed that he was a director of the same Capital Investment Bank (Labuan) since 2009.

Other big names included Russian President Vladimir Putin, whose name was not found among the 3 terabytes of data in the Pandora Papers, but nevertheless linked via associates to secret assets in Monaco, including a woman who is believed to have had a child with the Russian leader, as well as his best friend from childhood – the late Petr Kolbin.

Non-politicians linked by the secret documents to offshore assets include India’s cricket superstar Sachin Tendulkar, pop music diva Shakira, supermodel Claudia Schiffer and an Italian mobster – Raffaele Amato – known as “Lell the Fat One”, who has been linked to at least a dozen killings. Raffaele owned a shell company, registered in the United Kingdom, to buy land in Spain.

The fact that the U.S. and the U.K. have emerged from the leak as a leading tax haven to criminals and crooks would likely prove embarrassing to both countries, especially for the US President Joe Biden, who has pledged to lead efforts globally to bring transparency to the global financial system. Yehuda Shaffer, former head of the Israeli financial intelligence unit, said – “Clearly the U.S. is a big, big loophole in the world.”