For nearly 3 years, Sabrina Meng Wanzhou, the CFO of Huawei Technologies, had been fighting extradition to the U.S. from Canada. Also known as Cathy Meng, she was confined to Vancouver and monitored 24/7 by private security that she pays for as part of her bail agreement. Today, the daughter of Huawei founder Ren Zhengfei is on her way home to China.

The “Princess of Huawei” and the US-DOJ reached an agreement to resolve U.S. bank fraud charges, allowing her to finally leave Canada in early Friday evening (Sept 24, 2021), the same day she appeared in Brooklyn federal court – virtually. She flew back on a charter flight arranged by the Chinese government and expected to arrive in Shenzhen Saturday night Beijing time.

Apparently, the U.S. Department of Justice said it had reached a deferred prosecution agreement, meaning the DOJ would hold off from prosecuting Sabrina Meng until December 2022. Obviously the deal was a face-saving solution to release the Huawei CFO without looking like the U.S. has entirely dropped the charges, which would make Biden administration looks weak. 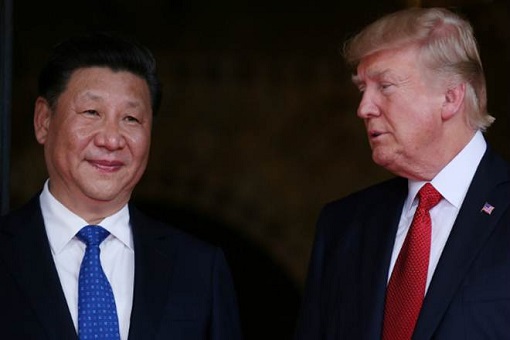 The deal also allowed Meng to formally deny guilt, while at the same time agreed to a “statement of facts” that she made false statements to HSBC. The U.S. has alleged that Ms Meng misled HSBC over the true nature of Huawei’s relationship with a company called Skycom, a Hong Kong shell company used to sell Hewlett-Packard computer equipment to Iran in violation of U.S. sanctions.

In July this year, the deepening diplomatic row between the U.S. and China has grown after Canadian Judge Heather Holmes refused to admit new evidence that might have helped Sabrina Meng avoid extradition to the U.S. The next month (August), however, Holmes said she would reserve her decision until October 21, which was a delay tactic that led to today’s release of Meng.

On the same Friday the US-DOJ cancelled its extradition request, Canadian prosecutors told a court in Vancouver that they had withdrawn efforts to extradite Sabrina Meng to the U.S. and that she should be discharged from detention. The Canadian judge subsequently ordered that the Huawei CFO, who was detained in Canada on behalf of the U.S., can walk free.

In what appeared to be a political deal – or hostage-swap deal – Beijing released two Canadians, Michael Kovrig and Michael Spavor, as Ms Meng’s plane took off from the airport in Vancouver, British Columbia, bound for China. Known as the “Two Michaels”, the Canadians, like the Huawei’s CFO, had become political hostages caught in crossfire in the US-China trade war.

Flashback – When Meng landed at Vancouver International Airport aboard a Cathay Pacific flight from Hong Kong at 11:35am on December 1, 2018, she was expecting to have a 12-hour layover before proceeding to Mexico. However, upon learning of her trip, the U.S. had requested Canada to arrest the Huawei CFO. On Nov 30, a Canadian judge agreed to grant the U.S. request.

When she was eventually arrested at Vancouver International Airport, it instantly escalated tensions between the U.S. and China because coincidentally, it happened on the same night the U.S. President Donald Trump and Chinese President Xi Jinping dined together in Buenos Aires and agreed to a 90-day trade truce. It also provoked  a furious reaction from China against Canada.

Just 10 days after Canada arrested Ms Meng, China retaliated by detaining two Canadians, former diplomat Michael Kovrig and businessman Michael Spavor, and charged them with participating in activities that harm China’s national security. More than 18 months after they were detained in secret detention, both Canadians were finally charged with spying in June 2020. 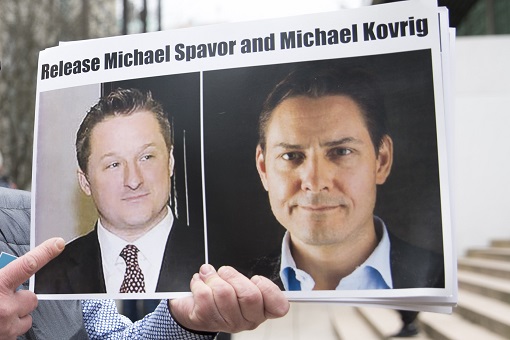 Her lawyers’ strategy was to drag the case for as long as possible, seeking a stay of her extradition due to “political factors”. The defence attorneys said she was innocent because the banks involved, including HSBC and Standard Chartered, actually had knowledge of the nature of Skycom’s business and operations in Iran and understood the company’s relationship with Huawei.

Sabrina’s defense team had also taken offence with her arrest on December 1, 2018 in Vancouver International Airport. Her legal eagles claimed that during the three hours she was held, her luggage was detained and searched. The FBI (U.S. Federal Bureau of Investigation) had also seized her cellphone and electronic devices, forcing her to reveal her passwords of the devices.

In the same breath, Meng’s defence lawyers argued that the extradition request from the U.S. failed to satisfy a requirement known as “double criminality”. Double criminality, or dual criminality, states that a suspect can be extradited from one country to stand trial for breaking a second country’s laws only if a similar law exists in the extraditing country.

In essence, it means the crime of which Meng was accused of by the U.S. must also be a crime in Canada. In this case, the Huawei CFO was accused of violating U.S. sanctions on Iran. However, her attorneys argued that Canada does not have sanctions on financial services in Iran. Hence, she cannot be extradited for the alleged bank and wire fraud or conspiracy to commit the offence. 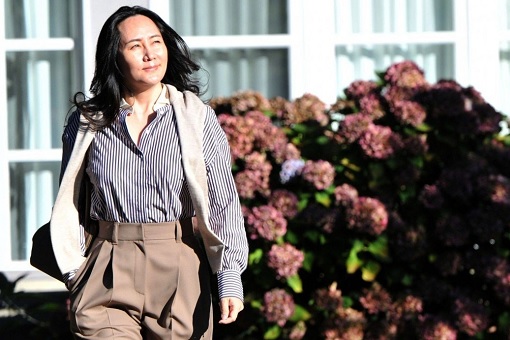 More importantly, her lawyers argued in court that the arrest has been politically motivated from the beginning, despite Canadian Prime Minister Justin Trudeau’s claim that Ms Meng’s arrest had “no political involvement”. Meng’s lawyers said comments by Trump, who said the charges could be dropped if that would help China trade talks, is proof that the case was politically motivated.

PM Trudeau, who had been facing pressure from an ex-Supreme Court justice and several former foreign ministers to drop the extradition case against Sabrina Meng in hopes that it will spur China to release the two Canadians, continued to be threatened with trade war from Beijing. In June 2020, China temporarily suspended beef imports from Canada.

As early as January 2019, Canada’s ambassador to the U.S. David MacNaughton had started blaming the U.S. for the diplomatic fallout, saying – “We don’t like that it is our citizens who are being punished. The Americans are the ones seeking to have the full force of American law brought against Ms. Meng and yet we are the ones who are paying the price. Our citizens are.”

Trump’s defeat in the U.S. Presidential Election has provided an opportunity to Joe Biden and Justin Trudeau to fix the diplomatic problems. Biden was not interested in prolonging the issue, which could make the US-China relationship beyond repair if Ms Meng is extradited and slapped with up to 30 years in prison in the U.S. – if found guilty of the charges.

Hence, the U.S. Department of Justice has begun discussing a settlement with Meng as early as December, 2020. The deal was quite similar to one hatched during Trump administration. However, the deal collapsed as the Huawei CFO insisted she had done nothing wrong, refusing to admit that she had violated U.S. law, as required in the deal.

According to an earlier settlement deal leaked, the U.S. was prepared to end the extradition request and criminal proceedings against Meng Wanzhou if she pleads guilty and pays a hefty fine. However, Beijing possessed the trump cards – Michael Kovrig and Michael Spavor. In August, China tightened the screw when a Chinese court sentenced Spavor to 11 years in prison for espionage.

While Kovrig’s verdict, following a secret trial in March, was yet to be announced, it’s not rocket science that he would also be sentenced to years in prison for spying. At least four other Canadians are on death sentences in China, with escalations in their cases coinciding with developments in Meng’s case. If Beijing likes, the two Michaels could also be sentenced to death for espionage.

After being detained for more than 1,000 days in China, the last thing PM Justin Trudeau wants is to see Kovrig and Spavor joining the bandwagon of death penalty. Releasing Sabrina Meng in exchange for freeing Kovrig and Spavor would deliver a political victory to the Canadian prime minister. Even if China had engaged in “hostage diplomacy”, so did the United States.

From the beginning, the arrest of 49-year-old Meng was part of former U.S. President Donald Trump’s efforts to challenge and undermine Huawei’s growing dominance in 5G mobile technology. Arresting the Huawei’s CFO, instead of punishing the company itself, for selling computers to Iran was over-killed, not to mention a sloppy job, to intimidate China.

While China and Canada have reason to celebrate now that their respective citizens have been freed to return home, critics of China in Washington reacted angrily to the deal to release Sabrina Meng Wanzhou. Senator Tom Cotton has accused the Biden administration of choosing “to appease the Chinese Communist Party rather than enforcing the law.”

Mr Cotton said – “Instead of standing firm against China’s hostage-taking and blackmail, President Biden folded. This surrender only encourages the Communists in Beijing to take more Americans and our allies hostage in the future”. Another critic, Representative Jim Banks, said – “Letting Ms. Meng off with a slap on the wrist communicates that the U.S. is not serious at all about enforcing our sanctions laws.”