The Pakatan Harapan presidential council has called for Malaysian Anti-Corruption Commission (MACC) chief Azam Baki to be temporarily relieved of his duties pending a probe on three of its senior officers.

Their call follows questions raised in Parliament on reasons for the MACC to be investigating its own officers over the alleged theft of money seized from a criminal breach of trust case against former Malaysia External Intelligence Organisation (MEIO) chief Hasanah Abdul Hamid. 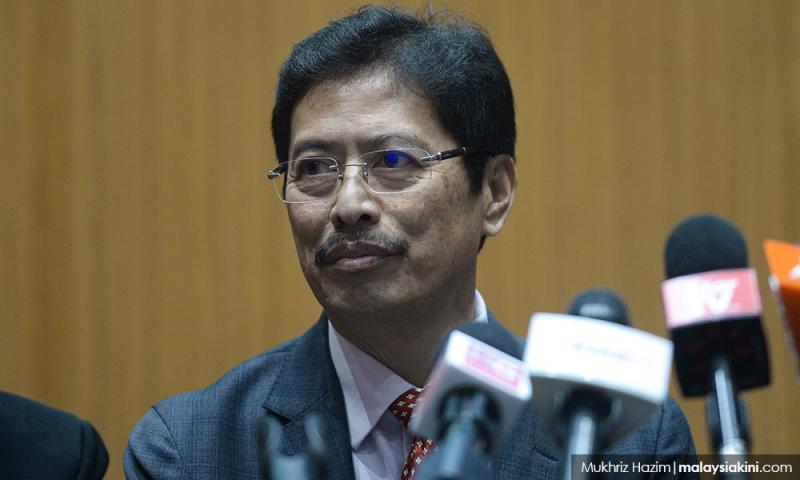 “Harapan welcomes the statement by Home Minister Hamzah Zainuddin in Parliament yesterday that a police inquiry paper has been opened on the case.

“However, given that the issue has created a negative perception towards the MACC […] the investigation must be comprehensive and those who had broken the law must be brought to justice,” said a statement signed by PKR president Anwar Ibrahim, Amanah president Mohamad Sabu, DAP secretary-general Lim Guan Eng, and Upko president Madius Tangau.

The opposition leaders also urged the government to consider advising the Yang di-Pertuan Agong to set-up a Royal Commission of Inquiry on issues surrounding the MACC, as well as suggesting needed reforms.

The MACC previously confirmed that it had arrested three of its own officers as part of an investigation related to the misuse of power and misconduct in a case “involving a former department head”.

The officers, who were detained last week, had allegedly misappropriated a portion of US$6 million (RM25 million) seized from Hasanah after she was granted a discharge not amounting to an acquittal by the High Court this year.

It has been reported that Hasanah had attempted to reclaim the money only to discover that some of it had gone missing and was replaced with counterfeit money.