France has learned the hard way how its allies and friends stabbed it in the back. It is so mad and furious that it has ordered the withdrawal of its ambassadors to the U.S. and Australia in an apparent protest against some secret backroom deals involving the United States, Australia and Britain to supply the Aussie with a fleet of at least eight nuclear-power submarines.

The secret deal, negotiated behind the French, would effectively scrap a deal worth US$66 billion signed in 2016 between Australia and France to build 12 conventional diesel-electric submarines. French foreign minister, Jean-Yves Le Drian, said – “It’s really a stab in the back. We had established a relationship of trust with Australia, this trust has been betrayed.”

Meanwhile, France’s ambassador to Australia, Jean-Pierre Thébault, has accused his host country of having engaged in “lies and treason” for 18 months. Indeed, it’s hard to see why the French were so mad and angry over the betrayal, considering both nations have enjoyed diplomatic relations since 1944. It was not only about losing the deal, but the way it lost the deal.

First of all, the US$70 billion submarine deal was one of the biggest military deals that would contribute economic significance to France’s defence sector. In comparison, a landmark 2015 agreement between India and French company Dassault Aviation to supply 36 Rafale fighter jets was worth only US$9.4 billion, despite allegations of corruption and cronyism. 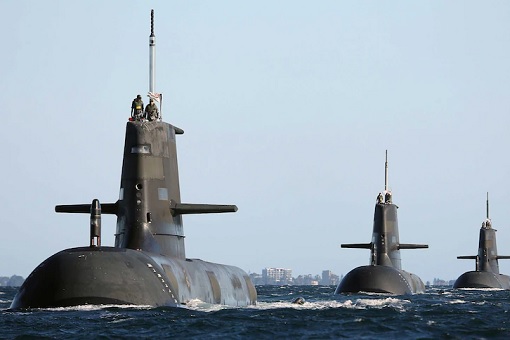 Second, France would lose strategically after Australian’s stunning cancellation of the 5-year-old deal in favour of America. When the French won the deal in 2016, the Government of France celebrated it as a strategic partnership – the “contract of the century” – between the two nations that will be working for the “next 50 years”. The project was supposed to create jobs in both countries.

The French also believed, clearly naively, that the U.S. would bless the deal because the Australian branch of Lockheed Martin, an American company, was expected to be involved in the project. But France finally realized now that even among allies, English-speaking countries would flock together. Worse, they had kept Paris in the dark while they secretly negotiated a plan to dump France.

When President Emmanuel Macron ordered the withdrawal of France’s ambassadors to both Australia and the United States on Friday (Sept 17), the decision speaks volumes about the escalating diplomatic problems between France and the U.S. along with its “deputy sheriff” in the Asia-Pacific region. This is the first time in history Paris had recalled its ambassadors from ally nations in such a manner. 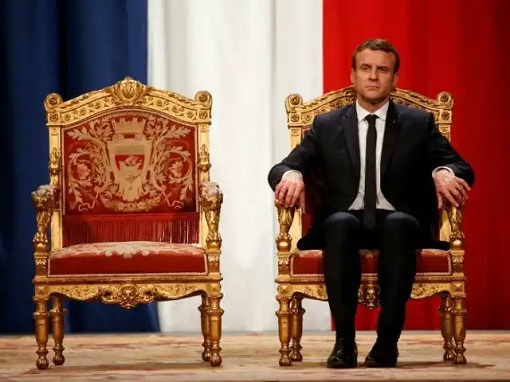 The Australians reportedly had approached President Joe Biden right after his inauguration – without the knowledge of France – to ask for a new submarine deal. Canberra argued that the conventional powered French submarines would be obsolete by the time they were delivered. The Aussie wanted to abandon the French deal, which was already over budget and running behind schedule.

Not only the Australians did not find it important to inform the French of their intention to cancel the submarine deal, but the Americans too did not give France a heads-up about their plans to replace the French submarines with their own designs. In fact, Washington and Canberra agreed to keep it secret because they were afraid Paris would try to sabotage the new deal.

Even when Joe Biden met with his French counterpart at the G7 Summit in June, the U.S. president did not tell President Macron, where they sat in lawn chairs by the sea in Cornwall, Britain, and talked about the future of the Atlantic alliance. Likewise, U.S. Secretary of State Antony Blinken stayed silent on June 25 when French counterpart Jean-Yves Le Drian welcomed him to Paris.

As recently as August 30, when the French and Australian defence and foreign ministers held their annual “consultation”, they issued a joint statement that said the two countries were committed to deepening cooperation in the defence industry and “underlined the importance of the Future Submarine programme”. There was no mention of the submarine deal at all.

By that time, the Australians not only knew the project was dead, but they had nearly sealed the agreement with Washington and London, abandoning Paris in the process. So, when President Biden unveiled on Wednesday the new partnership and a submarine deal between the United States, Australia and the United Kingdom, all hell broke loose.

Therefore, the third and biggest reason for the French anger is the way the deal between Australia, Britain and the United States was announced – Paris knew about it through media reports. Prime Ministers Scott Morrison of Australia and Boris Johnson of the United Kingdom joined Biden virtually for the announcement of the partnership, an insult to Macron administration.

Before he was recalled, French envoy Thebault said he found out about the U.S. submarine deal “like everybody, thanks to the Australian press“. He said – “We never were informed about any substantial changes. There were many opportunities and many channels. Never was such a change mentioned”. TV and radio in France have been broadcasting angry comments.

Like Canberra, the French had condemned Washington – “The American decision, which leads to the exclusion of a European ally and partner like France from a crucial partnership with Australia at a time when we are facing unprecedented challenges in the Indo-Pacific region, be it over our values or respect for a multilateralism based on the rule of law, signals a lack of consistency which France can only notice and regret.”

In truth, Biden had engaged Australia and Britain for months, selling the idea of American and British made nuclear-powered submarines in its strategy to counter China. It wasn’t hard to convince Canberra that French submarines were limited in range and easy for the Chinese to detect. Still, this is not the correct way to treat a NATO ally.

In retaliation to the U.S.’ backstabbing, French officials in Washington have cancelled a Friday evening gala, which was slated to commemorate the 240th anniversary of the Battle of the Capes. A White House official said that the U.S. regrets France’s decision and will continue to be engaged in the coming days to resolve differences between the two countries.

The British, while acknowledging French “frustration”, has insisted Britain had not sought to disrupt Paris’ relationship with Canberra. The UK said – “We didn’t go fishing for these opportunities, fundamentally the Australians made a decision they wanted a different capability, We have no intention of doing anything to antagonise the French – the French are some of our closest military allies in Europe.”

Australia, on the other hand, said it regrets France’s decision of withdrawing its ambassador, adding that it values its relationship with France and will keep engaging with Paris on many other issues. It said – “We note with regret France’s decision to recall its Ambassador to Australia. We look forward to engaging with France again on our many issues of shared interest, based on shared values.”