KL Sept 14 — judge questioned why millions donations from Yayasan Albukhary to Yayasan Akalbudi not made through cheques, but in cash stuffed into bags and passed to a moneychanger first and then converted into cheques?

Unless the investigators had already determined that there was no evidence that those mysterious individuals who dropped off those bags of cash were indeed from alBukhary.

Since that money changer did not know their names how could the investigators determine who they were or where they were from.

Which would make the cash drops even more dubious. RM7.5 million dropped off by mystery men!!

Not only the MACC Investigators but the Prosecution must answer this question.

Because if such important ‘persons of interest’ are not called to testify it can significantly impact the case.

Among the reasons cited by the judge in that famous murder trial of Altantuya Sharibuu (where the accused was acquitted) was that one witness, that Senior Policeman, was not called to testify.

That Senior Policeman was witness to some of the events surrounding the case yet he was not called to testify – until today.  The absence of that Senior Policeman’s testimony certainly contributed to the accused being acquitted (in that case).

Steps 2 to Step 6 are just ‘in between’ movements.  To make the bread crumbs disappear. 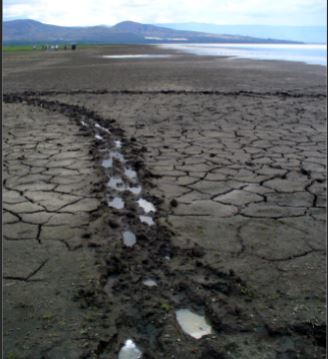 But in this case the trail that was left behind was wider than Rosmah’s tracks in the mud.The only way to bungle this case is if the Prosecution bungles.