Well folks, this is earth shattering news. On the whole I feel this is a positive development for the country. Here is the news: 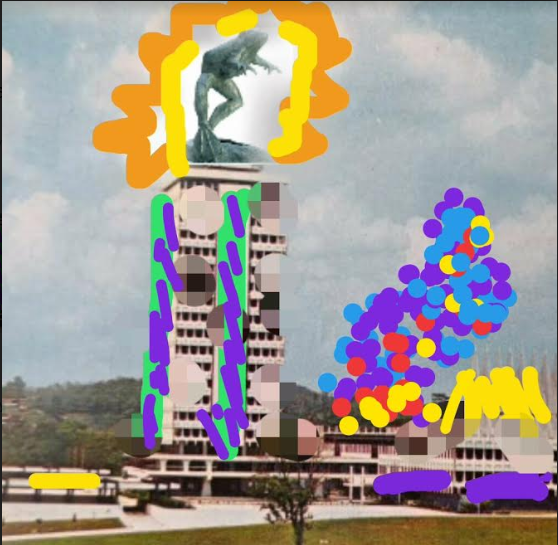 Frogzilla
PJ  MoU between government and PH
other opposition parties expected to follow PH’s footsteps
PM and PH leaders signed agreement by which parliamentary reforms would be carried out in exchange for a confidence and supply arrangement, with the coalition supporting the government through crucial votes in the Dewan Rakyat.

cooperation between opposition and government to get majority in Parliament

equal funding for government and opposition MPs involved in the agreement.

Warisan, Pejuang have hit out at the way they were not involved

this development will bring a cleaner and fresher political culture

My comments : Well better late than never. I have said before that it will be a huge landmark if the DAP can work with UMNO. Can you imagine the walls, the barriers and the amount of ice that is going to be broken between the Malay politics and the opposition Chinese politics in the country with this MOU between the DAP / PH and UMNO?

Indeed this MOU can be a major milestone in trust building between Malays and Chinese in this country.   But only if everyone stays true to the spirit of the agreements. There will be detractors and saboteurs.

(Also there is no guarantee that suddenly the government will become super genius and start making all the right policies. That is still a long shot. But lets take things one step at a time.)
Well if Pejuang, Pemuda, Warisan also join it will dilute the DAP / PH’s bargaining position in this MOU because Pejuang, Pemuda, Warisan may not agree with the ‘reforms’ proposed by DAP.  The DAP / PH can lose their leverage. Then it will be back to square one. So watch out.)

Whether Brader Anwar Ibrahim realises this or not,  building direct links between the DAP and UMNO also reduces his bargaining position.

If the DAP and UMNO can work together it also means that the DAP does not need brader Anwar anymore. Obviously the DAP is planning for a post-Anwar Ibrahim world.

His good friend the president of Umno will most likely exit the scene. As will Bossku – whose other legal appeals seem to have been turned down by the Court of Appeals. Tick tock tick tock tick  . .

Now here is more relevant news, from the DAP:

Well congratulations are due. May I congratulate Ismail Sabri and the DAP for working out this MoU. Indeed it is historic and a major paradigm shift in the Malay-Chinese relations and politics of the land.

But as I said there will be detractors and saboteurs – maybe from both sides. So keep an eye open.

The policy changes suggested are not enough but I hope this is just the beginning. Lets take what we can get for now.

Considering the big fat ZERO that has prevailed thus far,  even these few policy suggestions are light years ahead already.

Limiting the tenure of the PM to 10 years is a giant step. Though personally I feel that 10 years is far too long while FIVE years (one term) is far too short for a PM to achieve much.

My view is the Filipino model of just ONE seven year term is far better.

Seven years is long enough for a president or PM to effect all the changes he wants. After seven years be gone.   The same restriction can apply to ALL MPs and ADUNs. One seven year term only for everyone.  Oh well Insya Allah . . .

Lastly, isnt this party-hopping without the MPs having to leave their party?

That this is no different from the frogs jumping – you have “policy jumped” but without actually, physically leaving your own parties.

Which is what makes that anti-hopping law a non-starter in the first place.

So what is the point of the anti-hopping law?