Earlier last month (August), the U.S. CDC (Centers for Disease Control and Prevention) has recommended that “immunocompromised” people who received the Pfizer or Moderna Covid-19 vaccines should receive a third dose to improve their chances of developing an adequate antibody response. However, normal healthy-people were excluded.

Subsequently, in mid-August, the U.S. FDA agreed with the CDC’s decision to allow for the use of an additional dose in certain immunocompromised individual – people with weakened immune systems such as those with HIV/AIDS, cancer and transplant patients. As a result, the U.S. has administered a third dose of Covid-19 vaccines to over 1 million people since August 13.

However, despite CDC scientists’ own admission that the data needed to properly evaluate Covid-19 vaccine booster shots for the general population are limited, President Joe Biden has pushed ahead with a plan to inoculate healthy people with a third dose by September 20. Scientists have sharply criticized the Biden administration for trying to get ahead of science and data. 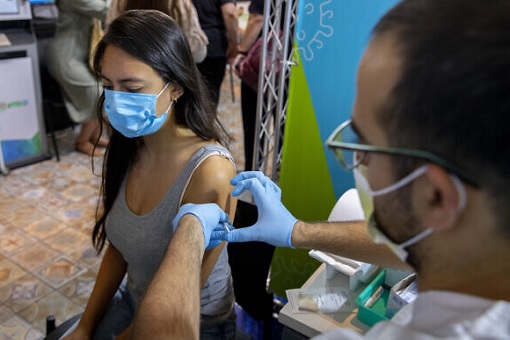 Pfizer has admitted that its vaccine’s efficacy drops over time, after Israel’s study shows the vaccine is just 39% effective against Delta variant. While Pfizer might get an approval for a third dose by September 20 (subject to FDA’s review on September 17), Moderna has failed to produce adequate data for the FDA and CDC to recommend the third dose of its vaccine.

Most of the 206 million Americans had received at least partially Pfizer-BioNTech Covid-19 vaccine, but about 80 million received the Moderna vaccine. That means Biden’s plan would definitely be affected. According to two reports posted on medRxiv earlier last month (August 8), the Pfizer-BioNTech vaccine may be less effective than Moderna’s against the Delta variant.

In a study of more than 50,000 patients in the Mayo Clinic Health System, researchers found Moderna’s effectiveness against Covid infection had dropped to 76% in July from 86% in early 2021. On the other hand, over the same period, the effectiveness of the Pfizer vaccine had dropped to 42% from 76%. Obviously, Moderna vaccine appears to be better at fighting the Delta variant.

As the debate continues over whether a third shot should be administered in the U.S., some countries have already begun making preparations to give the “fourth dose” of the Coronavirus vaccine. Israel’s national Coronavirus Czar, Salman Zarka, said on Saturday – “Given that that the virus is here and will continue to be here, we also need to prepare for a fourth injection.”

While the Director of Ziv Medical Center did not specify when the fourth dose of Covid-19 vaccine could be administered, he expects by late 2021 or early 2022, Israel will be giving the shots that are specially “modified”. This means the fourth shot will be a different version, having been tweaked or adapted to better protect against new variants of the original SARS-CoV-2 virus. 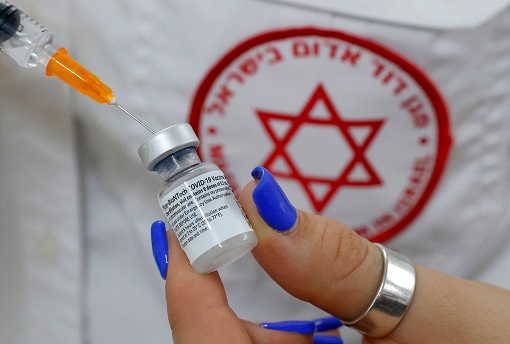 Mr Zarka said – “It seems that if we learn the lessons from the fourth wave, we must consider the new waves with the new variants, such as the new one from South America. And thinking about this and the waning of the vaccines and the antibodies, it seems every few months – it could be once a year or five or six months – we’ll need another shot.”

He was, of course, talking about the increasing reality that Coronavirus is here to stay, and people should start considering that the pandemic will eventually become an endemic disease. It means unlike SARS in 2003 or Ebola in 2014, the virus will not disappear, as Donald Trump had previously claimed rhetorically, but will continue to circulate.

Like influenza, which requires repeated vaccination because of its antigenic evolution, the workaround or the temporary solution to fight new variants of Coronavirus is to continuously give new booster shots according to the mutation of Covid-19. Over time, the virus may be seen as a common disease, just like how the U.S. sees between 20,000 to 60,000 deaths a year due to influenza.

Perhaps we may not need 4 doses and subsequently a new dose every 6 months. Perhaps the fourth dose, which will be modified to fight Delta variant better than the first three doses currently being administered, could be designated as the “baseline” – the ultimate first dose – to contain Covid-19. For now, it’s still trial and error as nobody knows how long does immune protection last.

In other words, people who have refused to be vaccinated because they were concerned about the lack of comprehensive testing and the way Covid vaccines were being rushed by politicians, may be able to accept the more effective and new version of the “modified” 4th dose. It’s like getting a software patch to plug a vulnerability security loophole or defects.

Israel, the first country to officially offer a third dose, began its Covid booster campaign on August 1, rolling it out to all those over the age of 60. According to data from the Health Ministry, third-dose recipients appear to be 2.5 times more protected from infection than those who only received the first two doses of the Pfizer vaccine.

To reward – and to punish – its citizens to get the third booster shots, the Israel Health Ministry has announced that the “Green Pass” vaccine passport system – a smartphone app – will expire six months after the holder received their second or third dose. People will face restrictions on travelling, dining out and other activities upon the expiry of their so-called green pass.

The rules mean not only three doses are compulsory in Israel, it also indicates the country is preparing to administer a fourth dose in six-month time. More than 2.5 million of Israel’s population of 9.3 million have already had a third shot. Already, all Israelis over the age of 12 are now eligible to receive a booster – after 5 months since their second shot.

However, not every Israeli was impressed with the government’s rush for the booster shot, let alone the 4th dose, arguing that the people were being used as “guinea pigs”. An Israeli study found that those who received a third dose were around 10% as likely to be severely ill from Covid as those who had received their second dose five months earlier. 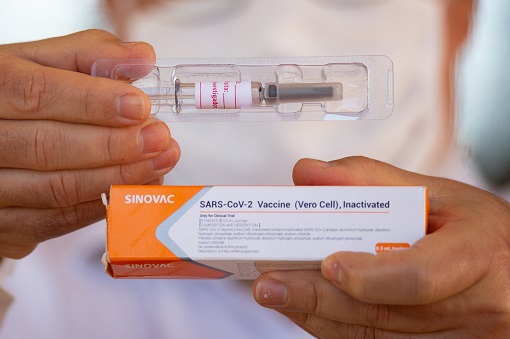 Vaccination rates in Israel surged between December and March but then began to plateau after around 50% of the total population. Today, 6-million or 66.4% of Israelis had received at least 1 dose of Covid-19 vaccine, while 5.5 million or 60.9% are fully vaccinated. Clearly, there are millions of people in the country who are not protected.

Still, Israel is not the only country that is talking about the fourth dose. Turkey has actually started administering the 4th shot to would-be travellers since mid-August, especially those who wish to fly to the U.S. and Europe. But the reason Turkish is giving the 4th dose is because its Chinese CoronaVac vaccine made by Sinovac Biotech is not recognized by foreign countries.

Turkish Health Minister Fahrettin Koca said – “Some countries accept only designated vaccine types at entry. To comply with relevant country regulations, for individuals who want to receive two doses of mRNA vaccines, we made a special arrangement. Other than travel purposes, there is no need for additional vaccination.”

In truth, Turkey has begun administering third shot boosters of Sinovac or Pfizer vaccines as early as July to health care workers and the elderly. Hence, some may be getting “five doses” of Covid-19 vaccines (three doses of Sinovac and two doses of Pfizer) just because they wanted to travel to the U.S. or Europe. In a way, it is some sort of mix and match.

Likewise, in the United Arab Emirates (UAE), a booster has started as early as June for those already fully immunised with a vaccine developed by the China National Pharmaceutical Group (Sinopharm). The UAE has had one of the world’s fastest vaccination programmes, with Sinopharm and Pfizer-BioNTech being the two vaccines mostly available.

Interestingly, there are double standards in UAE. If you live in Dubai and are fully vaccinated with Sinopharm, you can take a booster shot of Pfizer-BioNTech three months after your last Sinopharm dose. However, according to the Dubai Health Authority, only certain groups are eligible – UAE citizens, domestic helpers working for UAE citizens, and residents aged 50 and older.

It’s a different story in Abu Dhabi, where fully-vaccinated residents need to wait for six months after their last Sinopharm dose and can choose between a Pfizer-BioNTech or Sinopharm booster. According to health authorities, one Pfizer shot is sufficient as a booster, but in some cases two doses of booster shots can be administered with a doctor’s consent.