‘How did a RM1 firm bag such a huge project?’

MS: Secrecy, shell companies and shrouded shareholders slinking in the dark are the tell-tale signs of crooked deals designed to siphon off what really belongs to the people.

These same elements were featured in the 1MDB saga and in every secret mega-deal marked by arm-twisting, corrupt acts invariably involving the titled super-rich before whom politicians bow and scrape.

Pakatan Harapan, or at least some components of it, allowed itself to be “persuaded” to betray the public trust which was pledged during that unanimous state assembly vote to preserve and protect the Kuala Langat forest reserve.

This simply proves that despite its chest-thumping bull manure called “reformasi”, it is really no better than the corrupt Umno/Bersatu elements which enabled 1MDB, and the scandals in Felda, Tabung Haji, et cetera.

So, troubled Malaysians who have been programmed by politicians to think in binary terms – government bad, opposition good or Dr Mahathir Mohamad bad, Anwar Ibrahim good – should try and do their best to think for themselves, if that is at all possible.

Only then will they realise that regardless of who runs the country, it will be run to the ground because none of them has the spine to stand up to the corrupt, pontificating overlords littered across the land.

Anonymous: What a daylight robbery – handing over a precious landbank of 537ha of protected forest and the premium natural resources of Selangor to a developer without an open tender and for a pittance of only about RM5 per sq ft.

This is the same rotten culture practised by Umno in its 60-year rule. These politicians still think the rakyat are stupid.

All these so-called joint ventures set up by the MBI (Menteri Besar Selangor Incorporated) and private developers are just smokescreens – a front to hand over huge projects to top cronies for a pittance.

The most insulting thing is this blatant betrayal is happening right under the noses of so-called reformists – PKR, DAP, Amanah – who are all complicit in this crime.

They are acting just like Umno. And if they can’t even govern Selangor properly, how can we expect them to govern the whole country?

Casper C: Forget the land premium as Selangor is better off without the money.

Also, Samling Group, you need to do better in stopping the destruction of our flora and fauna. I do understand it is part and parcel of your business, but it is a highly destructive enterprise and don’t even get me started with the loss of habitat from your activities, especially that of Rimbunan Hijau over in Borneo.

Rethink and revamp your entire business as climate change is an increasingly sore point with the youth of today. Offend this lot is not good for business, no matter the spin. 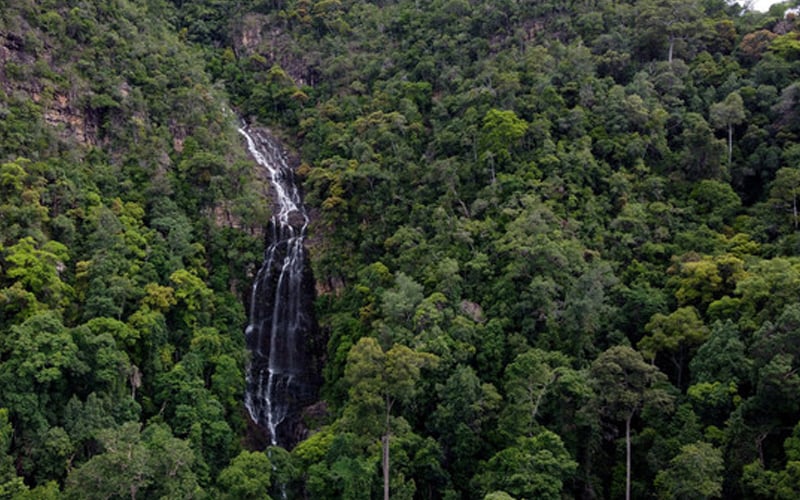 Newday: Indeed, a fascinating comment by the exco that open tender is not required. There are 323-million-ringgit worth of reasons for this to be an open process.

RM1 shell companies were set up just before de-gazetting, right after the original companies pull out and disband – one of them being MBI, the other linked to royalty.

Normal business just doesn’t happen like this, with the company swaps being kept secret and a company director with almost no information as to what he has been doing for the last nine years to boot. Yet the company is taking on a massive mixed-development project.

So many questions, so much murk and vagueness to work through to get the answers. One man knows – the Selangor menteri besar. Amirudin Shari has been anything but straightforward. He is doing much damage to whatever reputation PKR has left.

Hrrmph: Aside from the de-gazettement, which was clearly done in a less than salubrious manner, the government should stop awarding any contract to RM1 companies.

Such companies have no history, no capital and no incentive to carry out the contract in a proper manner. Any successful legal suit against them will be practically useless.

In fact, such companies are often incorporated for the sole purpose of escaping any liability in the event of negligence or outright fraud. They are not just limited in liability but have zero liability.

If the persons behind the company are reputable, then let them stake their reputation when handling government projects. Use their existing old company, which has many projects under its belt.

The government should promote a culture in which only reputable companies can win government contracts, not new companies and not subsidiaries. When the “mother” company is on the line, maybe then we will see proper completion of contracts and fewer shenanigans.

Steven Ong: The sultan of Selangor, who is always concerned about his state and the country, should speak up against this unrighteous act in his state.

Since the Crown Prince, Tengku Amir Shah Sultan Idris Shah, is a director of one of the companies involved, he should clarify what is happening.

Falcon: PKR leader Anwar Ibrahim, my good friend from Abim (Muslim Youth Movement of Malaysia) days, let’s have a Selangor referendum on this matter of severe public interest that affects future generations in the state.

Let the residents of Selangor vote on this matter, which would set a precedent in the state. I am sure concerned NGOs will come forward to assist in the run-on on protocols. It would be like “old times”.

Apa Nama: Looking at the rate of deforestation in Malaysia, we will soon lose our “green lung”, and in turn lose the functionality of our actual lungs. Not because of Covid-19, but due to the greed of the rich and powerful.

Hmmmmmmmm: Governments should not run any business. It is unfair to use taxpayer’s money to compete against private citizens who pay the taxes.

You can make unwise decisions resulting in massive losses with little consequence and you may end up destroying the market with reckless business decisions.

The government’s job should solely be to enact laws to ensure that all businesses can be run smoothly and fairly.