The search for origins of the virus behind the Covid-19 pandemic must be guided by scientific evidence rather than speculation in order to succeed, said prominent Malaysian virologist Lam Sai Kit.

Lam, who is credited for the discovery of the Nipah virus in 1999 and is now part of a task force set up by the medical journal The Lancet to study Covid-19’s origins, said insights gleaned from the search will be important for informing efforts to prevent future pandemics.

However, he said the mission is doomed to fail if it only focused on certain countries. 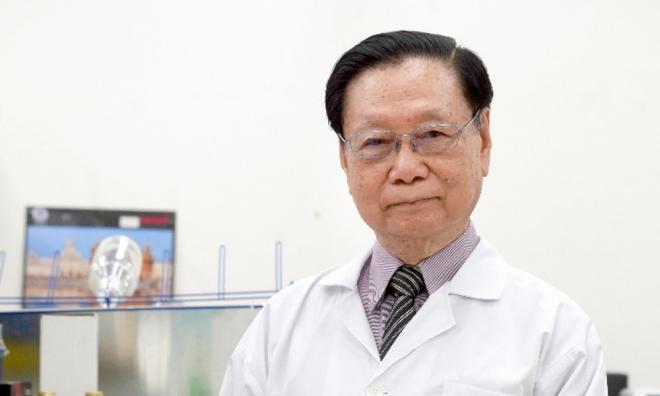 He said this in response to a US intelligence report on the pandemic’s origins, a summary of which was made public on Aug 26.

The report is the result of a 90-day investigation ordered by US President Joe Biden, but it failed to reach any conclusion on the pandemic’s origins.

However, it did determine that the virus was not developed as a biological weapon, and was unlikely to have undergone genetic engineering either.

It also said Chinese officials had no foreknowledge of the virus before its initial outbreak, though Beijing’s reluctance to share information and blaming of other countries is hindering the investigation.

China had in turn dismissed the report and accused the US of covering up its military’s biological experiments.

Lam, however, reminded that it had taken years of field and laboratory study to determine the origins of other coronaviruses such as SARS and MERS, in contrast to the 90 days set by Biden.

In the search for the SARS-CoV-2 virus’ origins, he said the US intelligence report has given greater credence to the hypothesis that the virus had natural origins.

Hence, the scope of the search must go both inside and outside of China to find the virus’ reservoir and intermediate hosts, before it made to leap to infect humans.

His statement to Malaysiakini is reproduced in full below:

“CNN (as well as BBC and other overseas media) has reported that the US Intelligence report ordered by President Joe Biden does not determine the origin of the Covid-19 virus.

This report released on Friday, Aug 26, 2021, by the Office of the Director of National Intelligence was inconclusive as to which of the two hypotheses are plausible: Natural exposure to an infected animal and laboratory-associated incident.

The intelligence community, however, judged that Covid-19 was not developed as a bioweapon by China as some Republicans had suggested last year, and that SARS-CoV-2 was unlikely to be genetically engineered either.

The intel agencies went through the genetic data from Wuhan lab in the Covid-19 origins hunt before it came to this conclusion.

Last year, especially during the Donald Trump presidency, there was a lot of heat generated about the “gain of function” experiments conducted at the Wuhan Institute of Virology. The intelligence report has ruled out that the Wuhan scientists were trying to create a more virulent virus as a bioweapon through genetic manipulation.

Another important conclusion was that Chinese officials did not have foreknowledge of the virus before the initial outbreak of Covid-19 emerged.

While I agree that we need to know the origin of the virus, it must be realised that this may take years, and certainly not 90 days. The SARS outbreak in 2002 took more than 10 years to determine its origin to be bats.

Many other virus outbreaks, including Ebola, is still unresolved. We cannot expect to find the smoking gun so easily. However, this does not mean that we should stop looking because the answer will help us to address future outbreaks and pandemics.

The World Health Organisation (WHO) is gathering a group of global scientists to investigate and advance the Phase 2 studies to find the origins of SARS-CoV-2. This Phase 2 study was advocated in the recommendations of the WHO’s first mission to Wuhan in January 2021.

Although calling for this study is late, nevertheless it is necessary (see comments by Marion Koopmans below).

In a recent paper published in Nature, 11 international scientists who embarked on the WHO’s SARS-CoV-2 origins tracing mission to China warned that the window for key scientific study is closing due to the stalled follow-up work since WHO’s March report.

In the WHO March report following the initial mission, six priority areas were recommended for the Phase 2 study including looking into the trace-back of the earliest evidence for circulation of the virus (e.g., Italy, Spain, France, USA), cases of Covid-19 in all regions inside and outside of China, possible animal hosts, investigating or targeting surveys of possible reservoir or intermediate hosts, wildlife farms supplying Wuhan markets and following any new credible leads.

She (Koopmans) mentioned that the recommendations did not include the “lab-leak” hypothesis as initial work did not provide evidence for involvement of a laboratory, in a conclusion that this hypothesis is extremely unlikely.

Yet, WHO and President Joe Biden in his 90-day intelligence report have insisted that this must be investigated including the audits of laboratories in Wuhan.

‘Search within and outside of China’

Marion Koopmans, a Dutch virologist who was a member of the 28-day mission to Wuhan, Central China’s Hubei Province in January 2021, said the March report to WHO was meant to be the first step.

In a paper published last week in Nature, she and other mission members expressed concern that the long delay between the initial work and the start of the follow-up studies is too long.

Now that there is more credence given to the natural origin of the virus following the US intelligence report, we should focus more on searching for the virus reservoir and intermediate hosts, and determining when and where the earliest cases appear, within and outside of China.

It must be remembered that other countries (Italy, Spain, France, USA, Singapore) have reported that there is serological evidence that the Covid-19 virus has been active in these countries even before cases were reported in Wuhan in December 2019.

Since the March report to WHO, there has been further evidence that the Covid-19 virus has a natural origin, including the isolation of closely related SARS-CoV-2 virus from bats.

In an article published in The Lancet in July 2021, a group of us defended our stand against criticisms raised against us about the source of the Covid-19 outbreak.

We called on scientists to use science, not speculation, to determine how SARS-CoV-2 reached the human population. The answer is so important because it is the insights that will drive what the world must urgently do to prevent another tragedy like Covid-19.

A recent review paper on the origins of SARS-CoV-2 was published in the prestigious journal Cell by Dr Edward C Holmes from the University of Sydney and an international team of 21 eminent biologists from around the world. The paper provides strong and recent evidence supporting the zoonotic origin of the virus – a transfer from an animal source to human infection.

While the authors say that a laboratory accident “cannot be entirely dismissed”, they emphasised that there is currently zero evidence for such a laboratory origin. The authors further warned that without focus on the natural origin of SARS-CoV-2, the world will be vulnerable to future pandemics arising from new viruses.

We are still looking for the smoking gun in our search for the natural origin of the SARS-CoV-2.

It must be remembered that it took many years of field and laboratory study to link the data essential to determine the reservoir and intermediate hosts for other coronaviruses like SARS and MERS.

SARS-CoV-2 has the propensity to jump species and it has been reported that many wild and domestic animals have been found to be infected, including domestic cats, large cats (tigers, lions, snow leopards), minks, ferrets, pangolins, etc. Mink farming is an important economic industry in Europe for its fur and wildlife trade is still thriving in our part of the world.

It is therefore important to monitor infections in animals to better understand their epidemiological significance and their role in animal and human health.

Any study initiated by WHO or any international agencies should ensure a fair and transparent investigation into the origin and early spread of the virus. It must not be focused on a certain country, or it will be doomed to failure. We must separate science from politics.”