PETALING JAYA: Everyone loves a sale, particularly if the property is going at half price.

But not earlier buyers, or investors who had bought to flip. These two groups would be unhappy. Maybe even furious.

Headlines about property have been like this, of late: Is it time to buy? Is it ‘still’ a safe investment? Is there light at the end of the tunnel?

There is a missing question: “Will prices fall further?”

It also depends if one is buying into an overhang project – completed units which remain unsold after they have been certified fit for occupation.

A Singaporean buyer, Hassan (not his real name), who bought an apartment unit in 2015 for RM1.82 million, was shocked and upset. Overnight, his unit was worth about RM900,000.

“The drop is significant. I can accept that property prices do fall, and have fallen because of the Covid-19 pandemic. Even then, I was shocked to discover that it was by so much, as though a calamity had occurred,” he said. It was his holiday home. 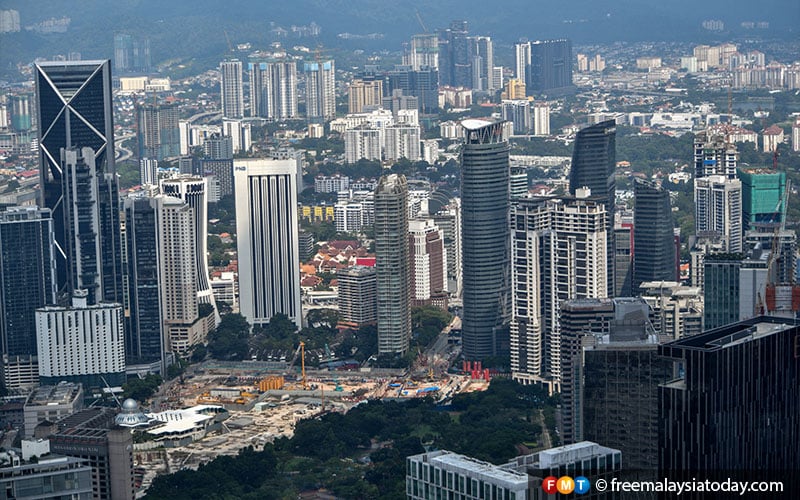 Prices were slashed at 10 commercial and residential projects in the Klang Valley, Penang, Johor and Kota Kinabalu. Buyers were also offered incentives such as zero downpayment, 100% financing and free maintenance for up to 10 years.

A government-linked developer also halved prices for some of its remaining units located near the National Science Centre in Bukit Kiara, Kuala Lumpur. The units were originally priced at about RM4.5 million each. It is not clear when these units were sold.

Each of these three cases involved unsold completed units. Both Tropicana and Country Garden Pacificview cited “current market conditions” and “changing requirements of the situation”.

Country Garden Pacificview brand manager Suria Mohd Sidin said that “in view of the continued impact of the Covid-19 pandemic, Country Garden Danga Bay project is proactively adjusting its marketing and promotional strategy to meet the changing requirements of the situation”.

“It is merely the company’s independent business action in response to the market,” Suria said.

Tropicana Corporation group managing director Dion Tan said it was important to react to the current market condition with “the right customer-centric campaign”.

The GLC-linked developer was not reachable for comment but a source familiar with the project said the developer had been cutting prices several times.

“These are the ‘less desirable units’. The project is more than 10 years old,” the source said.

These 50% bargains from developers – the first ever in the Malaysian property sector – underscores the high number of completed units still unsold, which are a millstone around developers’ necks.

According to three agents for Country Garden Pacificview Sdn Bhd, which is part of China’s Country Garden group, it had a stock of about 1,000 units and needed to “to sell them quickly”.

The promotion went on for about six weeks and ended in mid-July. About 200 units were sold, half to Malaysians and the rest to Singaporeans.

The agents also said the company was “likely” to have another promotion in a few months to clear the rest.

The value of unsold housing and serviced units combined amounted to RM38.6 billion at the end of March, the National Property Information Centre reported. It would be a lot higher if other types of property are included. Johor has the largest overhang stock.

KGV’s Tan said the state is experiencing price drops of “varying degrees” – between 10% and 15% for landed units, up to 25% for high-rise units and sporadically higher for urgent sales.

Developers need to get rid of unsold stock to reduce holding costs which include financing, service charges and sinking fund charges, Tan said.

Prices will vary accordingly depending on location, type of housing and branding.

A property consultant who declined to be named said the general drop in Klang Valley housing during the Covid-19 pandemic was between 10% and 20% depending on price and type.

Property consultancy Knight Frank’s Johor director Debbie Choy said prices in the state have been fluctuating since the pandemic, particularly among high-rise units due to the oversupply.

Asking prices tend to be lower when movements are restricted and rise when restrictions are relaxed, Choy said.

It will take a while for the oversupply to be absorbed.

Serviced apartments form the bulk of the overhang in Johor and on a national level.

Choy anticipates transaction volumes to rise when borders reopen. “Improved volume of transaction, however, does not indicate a flood of sellers,” she said.

KGV’s head of research Tan Wee Tiam said vaccination gives hope but when the pandemic will be under control remains uncertain.

People will need a roof over their heads, but with the high jobless rates, they may opt to rent instead, Wee Tiam said.

Buying completed unsold units may also be “safer” than buying off-plan due to the on-off restricted movements which may affect delivery dates, or a cash crunch that may result in the projects being abandoned.

For decades, Malaysians have been weaned on the belief that property prices can only go up. Covid-19 had made this a myth.