He told FMT there are two camps pushing for their choice of candidate.

“One side feels Tengku Razaleigh will be a better choice since he has the experience and would command greater respect from all sides,” said the party insider.

The 84-year-old, better known as Ku Li, is a member of Malay royalty and has served as MP since 1974 while Ismail has incumbency on his side.

“They should be announcing their resignations soon,” he added. 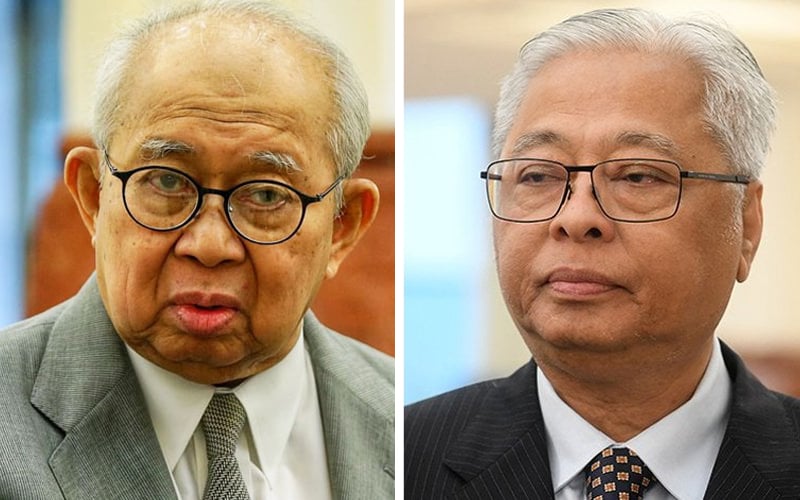 Earlier, Umno president Ahmad Zahid Hamidi announced that Umno had decided to withdraw support for the PN government, barely a month after it officially retracted support for Muhyiddin Yassin as prime minister.

The move leaves the PN government, which is heavily dependent on Umno’s support, in limbo.

Zahid went on to say that there were sufficient statutory declarations (SDs) from Umno MPs declaring that they were withdrawing support for Muhyiddin as the prime minister.

He said he had already presented the SDs to the King. FREE MALAYSIA TODAY

DR Mahathir Mohamad today pleaded with Putrajaya to allow him set up the national recovery council (NRC), saying they are not enemies but here to help the country.
The former prime minister said regardless of who the government is, it must set up the NRC and give it the power to help Malaysians.“I plead with the government. We are not enemies, we are here to help. So, give us an allocation to set up (NRC) and help the people.“The government doesn’t want to because they are political. They are worried about their positions.
“If we do something successful they won’t get the credit,” he said during an online forum on Facebook today.

On Sunday, Dr Mahathir said his NRC would be capped at 20 members so that it can function quickly.

He said it would comprise four politicians, five people for economic matters, six doctors, two individuals on legal issues and three on education.

Dr Mahathir said that they hope to set up the council soon to help the people with number of cases spiking to more than 17,000.

“We just want permission to set up the council.”

He said the council will replace the special cabinet committee formed to manage the recovery plan previously, and will be chaired by Prime Minister Muhyiddin Yassin.

Tengku Zafrul, the minister coordinating the recovery, said the new council will bring in members from the private sector, civil society groups and industry experts.

He also said that this decision was aligned with the whole-of-nation approach formulated by the government to guide Malaysia out of the pandemic in a programmatic and safe fashion.

Dr Mahathir said the government could not handle the Covid-19 pandemic so they suggested for the council to tackle the issue.

“We suggested a council with experts separated from cabinet but the government came up with their own council.

“I still believe our council is still relevant. But, we can always discuss who to be selected for the council. We need experts in health, microbiology and other relevant fields.

“I believe this council will be able to solve the (pandemic) problems. But my suggestion was not accepted by the government.”  TMI