This came as police investigate several such claims.

In a statement yesterday, the PKR Tawau lawmaker said such a law would act as a deterrent.

“It should be deemed a crime for anyone to knowingly and deliberately administer ’empty syringe’ vaccine shots.

“The Covid-19 pandemic is a matter of life and death, so don’t indulge in foolhardy practices. Vaccinators should not put more citizens’ lives at risk by shirking their responsibilities.

“As of July 21, some 7,440 people in Malaysia have already succumbed to the coronavirus. And the country with a population of 32 million, has reportedly surpassed Indonesia and India in Covid-19 deaths per million of the population,” she added. 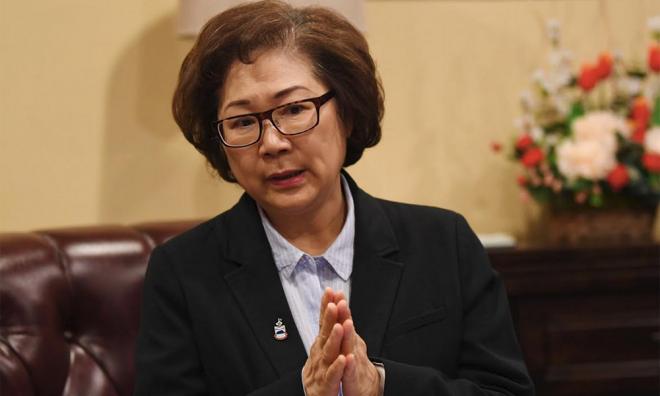 Deputy Health Minister Dr Noor Azmi Ghazali recently floated the possibility that fatigued vaccinators were behind blank shot cases but called for “appropriate action” if they were done on purpose.

This was especially regarding whether vaccine recipients could document their own vaccination process.

“I understand that some vaccine administration centres (PPVs) allow this (taking photographs) to take place while others prohibit photography,” she said.

In the past month, two people claimed they received blank shots after capturing the process on video. Others with the same claim said they were not allowed to take videos or photographs.

Since May, some PPVs have barred recipients from recording their vaccination shots. There is no known official rule on this.

This came after videos surfaced showing some Covid-19 vaccine recipients getting underdosed.

Following the incident, the government issued a directive on May 24 compelling all vaccinators to show recipients the syringe before and after a jab.

This “no photo, no video” rule has come under the spotlight again following the recent blank shot cases.

Damansara MP Tony Pua has disputed the Health Ministry’s claim that Covid-19 cases are in decline, citing a rise in the test positivity rate.

This is after the ministry posted on Facebook yesterday that cases have been declining since July 15, compared to the week before – based on a drop in the infectivity rate or R-naught.

However, Pua said this is only a layperson’s interpretation of data, and that a look at the positivity rate of test samples shows a different picture.

This is as test positivity rate has remained elevated and even shot up to 12.5 percent on Wednesday despite lower testing numbers.

“It is clear to any high school student that the reason why there was a ‘slight decline’ in the number of daily recorded Covid-19 cases is entirely because of fewer tests being carried out.

“There was no decline in the test positivity rate at all. On the contrary, the positivity rate showed a significant increase as the number of tests was reduced,” Pua said in a statement today.

The World Health Organisation’s (WHO) test positivity rate threshold is five percent, and anything higher means more testing should be done.

Pua has been pushing the government to do more targeted testing.

However, epidemiologist Dr Lokman Hakim Sulaiman had said the current find, test, trace, isolate and support (FTTIS) system could no longer apply to the Klang Valley, as it could be assumed that most in the Klang Valley had been exposed to the virus.

Meanwhile, Pua said the Health Ministry should not give layperson interpretations of data that provide Malaysians with a false sense of security.

“The (ministry’s) Facebook post… puts to question the credibility and competency of its leadership, in particular, Health Minister Dr Adham Baba.

“It is no wonder that the Health Ministry has failed to plan for contingencies and eventualities which have resulted in the massive overcrowding and under-capacity at public hospitals today,” the DAP lawmaker said.