A PM Terrified Of The White Flag – Muhyiddin Wants People To Praise Him, Threatens Anyone Who Tarnish His Image

When the police announced last year that the crime rate almost halved (dropped 49.1% from March 18 to May 5, 2020), it wasn’t hard to believe the authorities. After all, it’s not rocket science that when people were confined to homes during the first MCO 1.0 lockdown, with the government’s financial aid in the form of cash thrown in, very few would commit crimes.

However, the situation is upside down today. With the ongoing half-baked MCO 4.0 total lockdown, which itself was a result of multiple half-baked Movement Control Order restrictions – including the MCO 2.0 and MCO 3.0 – and without cash assistance, the crime rate has shot up the roof. Snatch theft skyrockets, but to paint a rosy picture, the Royal Malaysia Police deliberately keeps quiet.

The prolonged Covid-19 pandemic due to government mishandling, which saw the country being virtually shut down since January 13 (MCO 2.0), has delivered a huge impact to unemployment. If not for contributions from companies like GrabFood, FoodPanda, Shopee, and Lazada to the gig economy, where 4 million freelance workers are employed, the crime rate would be even worse. 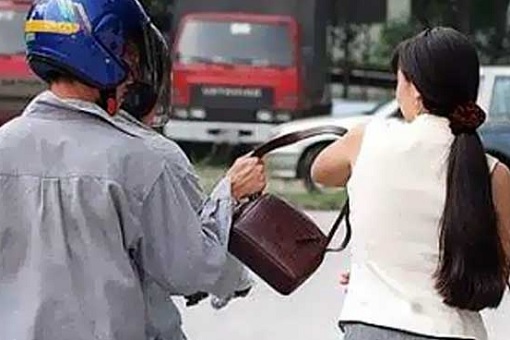 To make matters worse, the government has also mismanaged the country’s economy. More than 30,000 companies had shut down last year. This year (as of June 2021), 30% of shops at shopping malls had closed down and 300,000 workers in retail industries nationwide had lost their jobs over the past 16 months because the government has repeatedly failed to contain the pandemic.

IBM, Hyundai, Shell, T‑Systems, Citibank and HSBC are just some of the companies that had either retrenched or relocated to neighbouring countries due to the government’s incompetence and uncertainty over its policies. In early June, SME Association of Malaysia warned that at least 50,000 more small-and-medium-enterprises (SMEs), especially in retail and food and beverages, may be out of business.

But the clueless Prime Minister Muhyiddin didn’t care. In early July, Minister of Entrepreneur Development and Cooperatives Dr Wan Junaidi Tuanku Jaafar admitted that up to 580,000 businesses – representing 49 % of the micro, small and medium enterprise (MSME) sector – are at risk of closing down by October. Malaysia’s MSME sector accounts for close to 40% of the country’s GDP.

The government’s failure to resolve issue and prolonged lockdown has been so visible and pathetic that foreign investors – German Chamber of Commerce and Industry (MGCC), the Japanese Chamber of Trade and Industry Malaysia (JACTIM) and the Malaysian-Dutch Business Council (MDBC) – have all written to the prime minister to express their displeasure over the half-baked SOPs, threatening to pull out.

Amazingly, despite the writing on the wall that screams Covid mishandling and economic mismanagement, the government chose to play the religious card. PAS president Abdul Hadi Awang, the biggest cheerleader and an ally of Muhyiddin’s Bersatu party, said any decisions made in managing the current disaster should place religion above other matters – including preserving economic interests.

Mr Hadi, a racist, corrupt and extremist of the Islamist party, has argued that Islamic scholars have listed six pillars of life in order of priority, with religion at the top and wealth in the last place. That perhaps explains why PAS leaders were offended with white flags being flown by an increasingly number of hungry Malay Muslims begging for food and essentials for children. 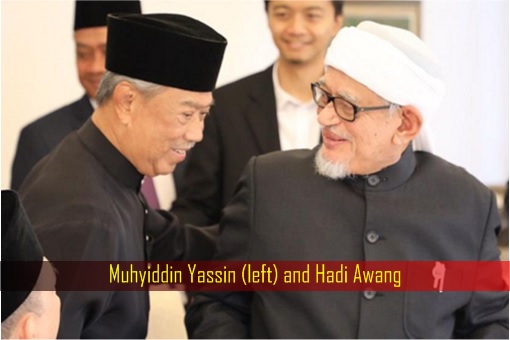 The so-called “Malay-Muslim” Perikatan Nasional government has been mocking – even scolding and threatening – the people that they should raise their hands in prayer to God instead of raising the white flags. The ministers, drawing at least RM70,000 per month in salaries and perks in addition to Mercedes Benz, have no idea about the actual hardship faced by the people on the ground.

For weeks, more people have come forward to ask for help after the movement was first started in social media, calling those who have run out of food and essential items to raise a white flag outside their homes. Neighbours, small business owners and good Samaritans, have responded by donating food and even cash to pay for overdue house rentals or car instalments.

Thanks to the regime, some 777,500 are unemployed, even though those official figures are believed to be vastly under-reported, the same way the country’s health minister has been under-reporting the daily Coronavirus cases. Anger and frustration escalated in the cat-and-mouse game where police continues to hunt and slap fines to people breaching lockdown SOPs while just trying to make a living.It was also amusing when Muhyiddin administration trumpeted about how his caring government has provided financial aid – withdrawal from EPF (Employees Provident Fund), people’s own retirement savings. But even before the last “i-Sinar” Account 1 Withdrawal Scheme in December 2020, it was revealed that 42% of EPF members have less than RM5,000 in Account 1.

Muhyiddin, a self-described stupid premier surrounded by bootlickers, probably didn’t realize how unpopular he was until his admission to the hospital for diarrhoea drama was greeted with laughter and celebrated with insults instead. In yet another political drama to shore up his support and to show he understood the people’s hardship, he launched a food basket program yesterday (July 15).

It didn’t take long for the power-hungry man to start playing politics again. He posed for a photo op, carrying a food basket containing RM50 worth of food items such as rice, flour, noodles, biscuits, canned sardines, salt, sugar, soya-sauce and coffee. He said there is no need to raise the white flags, but blue flags (the colour of Perikatan Nasional coalition) are welcome.

The best part was when the arrogant premier demonstrated how incredibly disconnected he is from reality. Speaking to reporters after visiting the “Bakul Prihatin Negara” food aid distribution centre, he denied that his government has ignored the people. He said – “I think if we go to the ground, we will probably find the kitchens of homes to be full (with supplies)“.

It was already bad that the clueless and useless government has lost touch with the people, hence in denial over starvation or hunger. It becomes worse when the Opposition was ordered to stop their own aid programme in their own constituencies. Instead of helping to control a crowd of hundreds of hungry people, the police conveniently said the opposition MPs did not have permission to distribute food.

It’s one thing not wanting, or pretending, to help. It’s another thing altogether to stop other people from helping. Only a very sick man, or a psychopath, would rather see people starve, die or commit suicide than to let his political enemies get credit for helping the same people he won’t help in the first place. PM Muhyiddin is obviously very jealous of the Opposition.

Besides jealousy, the prime minister who was ashamed of using his given name Mahiaddin until recently is also very fearful of the white flag movement, which he falsely accused as anti-government propaganda. Two days before his food basket gimmick stunt, which coincided with record 13,215 daily infections, he paid a visit to the HTAR (Hospital Tengku Ampuan Rahimah) in Klang. 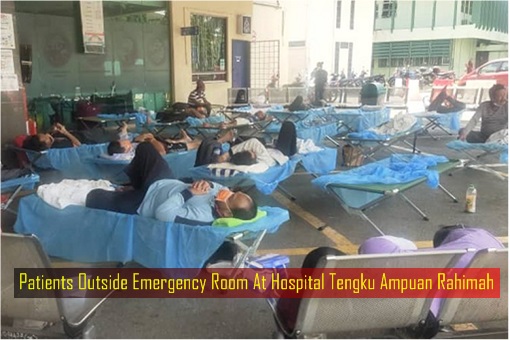 But his visit came only after videos and photos of Covid patients “parked” outside HTAR’s emergency department went viral. As it turned out, the premier was not impressed with the bad publicity projected on his incompetent government. Immediately after his PR exercise at the hospital, the top management of HTAR has issued a warning to its employees against sharing photos and videos.

According to a notice dated July 14, barely 24 hours after Muhyiddin’s visit, HTAR director Dr Zulkarnain Mohd Rawi threatened that disciplinary action – including dismissal – could be taken against staff for breaking the rule. He argued that the recent photos and videos shared on social media has caused public anxiety, which in turn has tarnished the (Muhyiddin) government’s image.

Even though the hospital’s top management has denied it, patients from its emergency and trauma department had been “cleared” to accommodate the prime minister’s visit. Apparently, it was done under political pressure to project a fake impression that everything was under control, without which it would mean that either the HTAR has mismanaged or PM Muhyiddin has mishandled.

Either way, the already extremely unpopular Muhyiddin administration had little appetite for public discontent. Despite his incompetence, the backdoor prime minister desperately wants to hear praises, which are not forthcoming. And it will not think twice about abusing the authorities to threaten, intimidate and punish anyone who “tarnish” Muhyiddin’s image, not especially when the regime is preparing for a snap election.