Muhyiddin’s selfish plan is to extend the current state of emergency like neighbouring Thailand. Approved by the Cabinet of Prime Minister Prayut Chan-o-cha on May 21, the country has extended the nationwide state of emergency for additional 2 months until July 31 – the twelfth consecutive extension since Thailand first declared the emergency on March 26, 2020.

Having lost his simple majority support in the Parliament in January this year, Mahiaddin alias Muhyiddin had resorted to a State of Emergency, which he declared on January 12, in order to cling to power. The evil plan of the power-hungry man and his lieutenants is to extend the emergency rule, which gave him an absolute power, upon its expiration on August 1.

If the Malaysian prime minister could extend it this August, chances are he would most likely try to extend it again for the third time. The extensions of emergency would enable him to rule with dictatorial powers till September 2023, the due date for the next 15th General Election. From the beginning, the emergency rule has nothing to do with fighting Covid-19 pandemic.

But the prime minister somehow managed to convince King Sultan Abdullah that the tool was absolutely necessary to curb the spread of the virus. Malaysia is the only country in the world that has declared an emergency as well as locking up the Parliament under the pretext of fighting Covid. By shutting down the Parliament, the illegitimate chief executive could not be voted out.

However, Muhyiddin was never a prime minister material to begin with. He has no idea how to administer the country, let alone handle the pandemic or manage the economy. Together with traitors like Senior Minister Azmin Ali and Home Minister Hamzah Zainudin, Mr Muhyiddin fails to fully capitalize on the precious time bought during emergency to show leadership.

From confusion over lockdown rules and turtle-paced vaccination to U-turns in policies and double standards in enforcing restrictions, the backdoor government that came to power thru treachery and betrayal has been pressing the wrong buttons for months. The 2,000 daily Covid cases before the state of emergency was declared had skyrocketed to as high as 9,020 daily infections on May 29. 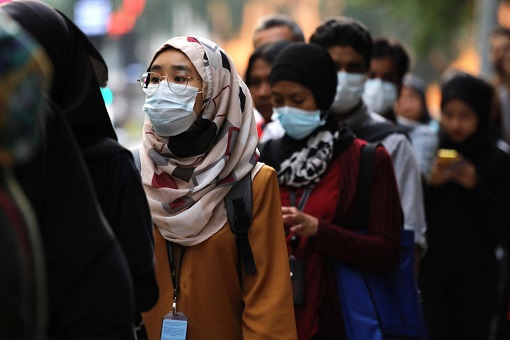 With 6,239 daily Covid-19 cases and 75 fatalities recorded today (June 9), the total cases have hit 633,891 with 3,611 death toll. Before the Proclamation of Emergency on January 12, there were only 138,224 cumulative cases and 555 cumulative deaths. That means the total cases and deaths have jumped 4.6 and 6.5 times respectively in just 5 months since the emergency.

More importantly, the people – regardless of race and religion – simply do not feel any direct or spill over economic effect of RM660 billion, being the various stimulus packages totalling RM340 billion and RM322 billion allocation for the national budget. Either PM Muhyiddin had lied through his teeth or that massive amount of money had been siphoned or plundered away.

After months of frustration and anger expressed by young Malaysians, especially youth from the dominant ethnic Malay majority over economic hardship and uncertainty about their future, the hatred towards the so-called Malay-Muslim government has reached the boiling point. When people cannot put food on the table, all hell breaks loose.

Under Perikatan Nasional, unemployment rate has skyrocketed to 4.8%, foreign direct investments (FDI) has dropped by 68%, some 32,000 small-and-medium-businesses have closed down, Fitch Ratings’ has downgraded Malaysia’s credit rating from A- to BBB+ and economy – GDP – has plunged by 5.6% – the worst contraction since the 1998 Asian Financial Crisis.

So when Mr Muhyiddin visited the Ramadan bazaar in Putrajaya, his own backyard, the prime minister was heckled and cursed by a trader as he was passing by. Apparently, the Malay trader was complaining about how the average people suffered while trying to make ends meet – every day, come rain or shine. The trader boldly told the premier to quit.

More Malays became disillusioned after the prime minister made a spectacular U-turn on May 10, declaring a nationwide MCO 3.0 lockdown. The half-baked lockdown triggered chaos after traders were ordered by police in the morning (10am) to close their business, only to be told hours later in the afternoon (2pm) that they can continue with their business – claiming there was a misunderstanding.

The Malays can see clearly how the Muhyiddin regime, despite bragging of a Malay-centric government, actually practises double standards, hypocrisy and abuse of power. They saw and read with their own eyes how ministers escape punishments while the people on the street were issued compound up to RM10,000 (and jailed) for violating the health standard operating procedures (SOP).

The Malays’ anger against the clueless and incompetent Muhyiddin government soon spread to the Royal House. When Asia Sentinel exposed how the King – Sultan Abdullah of Pahang – and his family, along with Foreign Minister Hishamuddin Hussein and the Attorney General Idris Harun received Sinopharm vaccine during a visit to the United Arab Emirates (UAE) in January this year, all hell broke loose again.

Not only Sultan Abdullah and his entourage secretly received the jabs after meeting the UAE Prince Mohamed bin Nayan, the King’s classmate in the elite UK institution Sandhurst, the monarch also took home an additional 2,000 doses of the vaccine which has not been approved in Malaysia. Those extra doses were for his family, business partners, friends and friends of friends back home.

To add fuel to the fire, Queen Azizah Aminah stunningly replied “Dengki ke (jealous)?” when a commenter asked if the chefs working at the Palace had been vaccinated after the queen posted several pictures of dishes that she and the chefs had prepared. It instantly sparked widespread fury on social media over what netizens deemed “arrogance after jumping vaccine queue”.

The Queen then deactivated her Instagram account. But the damage has been done. Instagram user – “ronda.c5” – wrote on the queen’s account – “May Allah curse rulers and leaders who are cruel, abuse their power, are greedy, selfish, betray our trust, and are corrupt”. Twitter user Zhan H. tweeted – “Is our beloved YDPA (King) secretly going behind our backs to get him and his friends vaccinated and with the help of this #kerajaangagal, keeping word of it shut?”

When government-controlled media posted pictures of Queen Azizah and cupcakes she baked for medical frontliners, critics immediately pounced on her, referenced her to the popular phrase – “let them eat cake” – attributed to Marie Antoinette, France’s last Queen consort of France before the French Revolution at the end of the 18th century.

As the story goes, the out-of-touch King Louis XVI’s wife had responded as such upon being told that her starving peasant subjects had no bread. Because cake is more expensive than bread, the famous phrase (let them eat cake) has been cited as an example of Marie-Antoinette’s oblivious to the conditions and daily lives of ordinary people.

Naturally, when PM Muhyiddin extended his best wishes in conjunction with the Agong (King) birthday on Monday (June 7), it invited sarcasm from the ordinary Joe and Jane instead. Twitter user BurhanPlays expressed his faux sympathy – “Bad enough that the YDPA hasn’t received his vaccine, but to also delay his birthday celebration twice? This country has gone to the dogs.”

To make matters worse, anger flares up again after a report revealed that a 41-hectare mining concession in the vicinity of Tasik Chini, the country’s second-largest freshwater lake, in Pekan has been awarded to a company owned by members of the Kelantan and Pahang royalty. It was only two years ago that the Pahang government gazetted an area measuring 4,498 hectares in Tasik Chini as a permanent forest. 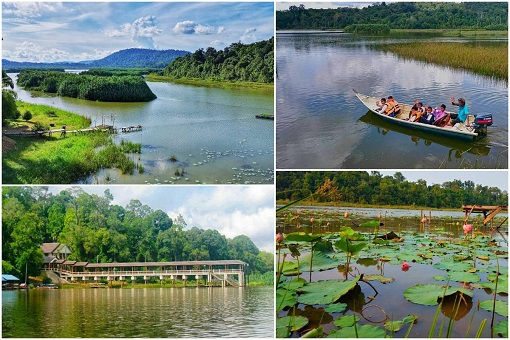 Already a dying lake with nearby area continuously plagued by logging and mining activities, environmental issues could see the extinction of local biodiversity at Tasik Chini – a UNESCO Biosphere Reserve. It didn’t take long for people to link the latest approval for mining activities as an example of  “you scratch my back and I scratch yours” relations with PM Mahiaddin.

If Sultan Sharafuddin Salahuddin Shah latest outburst is any indicator, it’s hard to imagine how the Muhyiddin regime could argue its case for an extension of the current emergency rule. The Selangor Sultan and Queen Norashikin, who received their second dose of the Pfizer-BioNTech vaccine in April, expressed shock that the state had only received 615,210 Covid-19 vaccine doses.

The distribution ratio of vaccine doses was disproportionate to Selangor’s total population of 6.5 million. Expressing his displeasure, Selangor Sultan said as the largest contributor to Malaysia’s GDP (gross domestic product), priority should be given to the state. Earlier, the Covid-19 Immunisation Task Force (CITF) had lied that Selangor had received 2.9 million doses, when there were only 398,029 doses given.

It didn’t help that Sarawak Opposition PKR member, Iswardy Morni, was arrested, remanded and charged with sedition after broadcasting his YouTube video that had allegedly insulted the King. His video clip, which has been viewed over 100,000 times, was allegedly accused the monarch of not protecting his subjects from dying of Covid-19.

Iswardy has joined Mr Fahmi Reza, a political graphic designer who was detained by police in April under the Sedition Act for insulting the Queen Azizah after creating “This is dengki ke” playlists on Spotify and Apple Music. Like it or not, the use of police force to intimidate, suppress or oppress the critics has done more harm than good to the reputation of the Malay Rulers.

Nevertheless, the royal households should be smart enough to know when to cut loss. Is it worthwhile to continue protect a self-proclaimed stupid prime minister and ignore millions of angry Malays who are struggling to make ends meet? Even if they don’t care about the general public, the monarchies should be seriously concerned about investors who are fleeing the country like a plague.

At the end of the day, the country needs a strong and stable government and a legitimate and capable premier to rebuild the country. And Perikatan Nasional under Muhyiddin has proven to be a failed regime. Crucially, the state of emergency has not only failed to tackle the Covid-19 pandemic, but has also spooked foreign investors. And eventually this will affect the funding for the nine royal state families.