The Group of Seven (G-7), popularly known as the club of rich nations, has reached a landmark deal on Saturday to slap at least 15% corporate tax on MNCs (multinational companies or corporations). The global minimum tax rate on company profits will provide a new way of sharing the revenues from taxing the world’s most profitable companies.

The seven richest nations – the U.S., the U.K, Canada, France, Germany, Italy, Japan – agreed at the G-7 meeting in London that businesses should pay a minimum tax rate of 15% in each of the countries in which they operate. Essentially, it means the countries can squeeze more money – hundreds of billions of dollars – from MNCs such as Amazon, Google, Apple and Facebook.

British finance minister Rishi Sunak told reporters – “After years of discussion, G7 finance ministers have reached a historic agreement to reform the global tax system to make it fit for the global digital age.” The agreement was reached to end a decades-long “race to the bottom” in which countries have competed to attract corporate giants with ultra-low tax rates and exemptions. 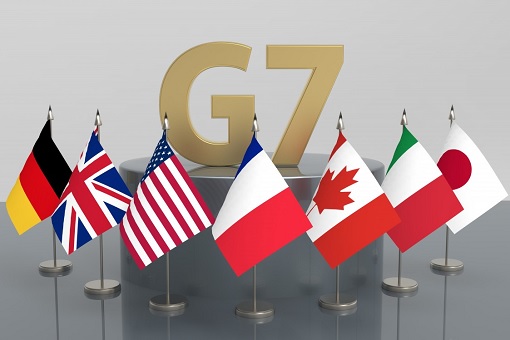 U.S. Treasury Secretary Janet Yellen said – “The G-7 Finance Ministers have made a significant, unprecedented commitment today that provides tremendous momentum toward achieving a robust global minimum tax at a rate of at least 15%. That global minimum tax would end the race-to-the-bottom in corporate taxation, and ensure fairness for the middle class and working people in the U.S. and around the world.”

Under the deal, the U.S. is expected to give up some taxing rights on the overseas profits of U.S.-based tech giants, enabling G-7 allied countries to tax 20% of the profits of “the largest and most profitable multinational enterprises” that have profit margins of at least 10% such as Apple and Amazon.

During previous Trump administration, the U.S. had fought foreign countries that were trying to impose new taxes on American companies like Google and Amazon. Last June, Trump administration retaliated against nine countries, including allies Britain, India and the European Union who wanted to slap taxes on digital commerce on American tech giants.

Calling the new digital taxes “unfair” to American companies, Donald Trump had ordered investigations to be carried out under Section 301 of the Trade Act of 1974, which gives the U.S. government broad authority to respond to unfair practices that negatively affect U.S. commerce. It was the same legal provision that was weaponised to target China in the U.S.-China trade war.

After France moved forward with a 3% tax on sales, the United States threatened tariffs on US$2.4 billion worth of French goods, including cheese and champagne. Trump dropped the threat only after France agreed to delay collection until the end of 2020. However, Republican Donald Trump lost his 2020 presidential campaign to Democrats Joe Biden.

Had Trump won his second term, the hostility between the U.S. and countries such as Austria, Brazil, the Czech Republic, European Union, Indonesia, India, Italy, Turkey, Spain, and the U.K. would continue and even explode to another global trade dispute. Mr Trump has frequently used the threat of tariffs to bring other countries, including allies, to the negotiating table.

To raise money, the Biden administration is seeking to raise the domestic corporate tax rate from 21% to 28% to pay for its spending plan, such as infrastructure and education. However, Republican critics have ridiculed and mocked the move, arguing that it would force American companies to relocate abroad, hurting domestic jobs and investment instead.

With Washington’s latest agreement to slap 15% tax rate on global companies, regardless where they operate, Biden administration can now claim there is no more incentive for multinationals to go abroad because ultimately they would still face the minimum tax bracket elsewhere. Therefore, the U.S. president can safely increase the domestic tax rates.

Killing two birds with one stone, Washington’s compromise to grant European countries additional taxing rights over American tech giants would repair or appease the American allies after years of trans-Atlantic trade conflict created by former President Trump. By offering the carrots, the White House hopes to unite the EU behind it in the next stage of fighting China and Russia.

Additionally, thanks to the Covid-19 pandemic, government finances around the world have taken an astronomical hit. To dig themselves out of the fiscal hole, many countries, including the European Union, are now looking for new sources of tax revenue. Google, Amazon, Apple, Facebook and Microsoft, who have been paying low rates of tax using creative tax avoidance, are some juicy sitting ducks.

Still, it’s not a done deal as the new U.S. tax rules have to be approved by Congress. As international treaties require approval by a two-thirds majority in the Senate, which the Democrats do not have, it will require some support from Republican. But Republicans have already criticized Joe Biden, calling the weak U.S. president of targeting his own American companies.

The deal might be a remarkable milestone among the Group of Seven, but isn’t sufficient to see the rules applied globally. The G-7 has to convince and persuade other small countries that have corporate tax rates below 15% to play ball. For example, Ireland’s tax rate of 12.5% attracts multinational companies to create “stateless income” by shifting profits to this tax haven.

It is by design that tax havens like Ireland, Bermuda and Luxembourg have a very low tax rate. They have a relatively small economy, hence the advantageous tax rates are the key to attract foreign investments.

Apple paid an effective rate of less than 1% for many years in Ireland, falling as low as 0.005% in 2014, despite massive revenues derived from sales in other countries.

Two months ago, Irish Finance Minister Paschal Donohoe has said his country will resist a new global corporate tax rate like the one proposed by the Biden administration. He argued that small countries like Ireland should be allowed to use lower taxes to “compensate for advantages of scale” enjoyed by larger economies. Exactly how could the G-7 convince Ireland to do otherwise is a challenge.

Mr Donohoe said on Saturday that Ireland expects to lose up to a fifth of its corporate tax revenue under the new plan agreed by the Group of Seven – amounting to roughly 2 billion Euros a year. If major corporations like Apple, Facebook and Google were to exit Ireland due to adoption of the new corporate tax rate, who will compensate for the loss?

Besides small countries like Ireland, the plan also needs support from the Group of 20 (G-20) leading economies, which includes China and India, not to mention the backing of the 135 countries involved in the Inclusive Framework – the initiative to put an end to tax avoidance strategies that exploits gaps and loopholes.

Globally, the average corporate tax rate has plunged from about 40% in 1980 to about 23% in 2020. To make matters worse, the world’s largest multinational companies stashed US$700 billion in tax havens in 2017. But even at the 15% tax rate, companies will still park their money elsewhere than to pay Biden’s proposed 28% corporate tax rate on American soil.