The politicians in the picture (below) aren’t exactly old. One is 66, the other is a year older. But the bad blood between them is poisoning Sabah politics. Expand that to embrace the whole country and the toxicity worsens.

That’s the hard truth about Malaysian politics. The toxicity will continue to ravage the country for as long as the present protagonists continue to remain on stage. 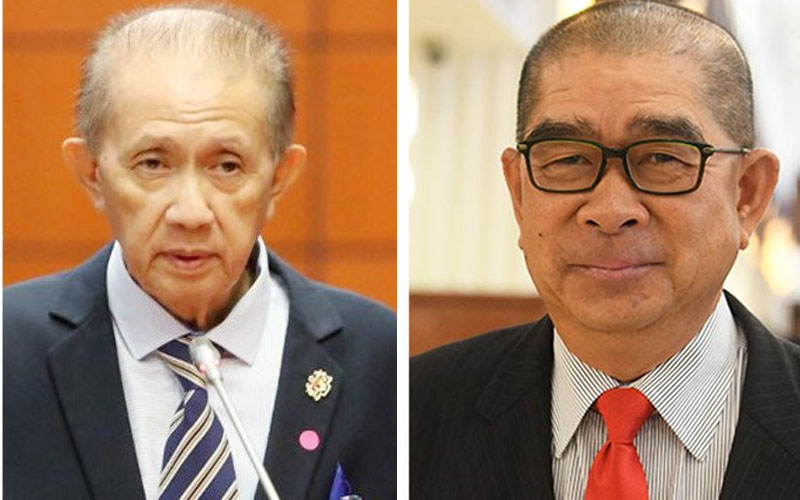 Animosity and hatred among them would not allow for a smooth transition. Political leadership would age and deteriorate even further.

The educated young Malaysians would become even more jaded as the economy flounders. Some would migrate while those who stay behind would have to submit to the destructive political environment.

Most would be unhappy and unmotivated. Others would join the bandwagon, partaking in corruption and the looting of the progressively impoverished country.

Extremism of all shades and colours will rear its ugly head to the point that we cannot anymore have our favourite roti canai and teh tarik in peace and security. At that point in time, not even teh tarik and roti canai would be able to unite us.

But if the protagonists are willing to leave the stage or, at the very least, play second fiddle to the younger actors, we may yet be able to reconstruct and rebuild Malaysia.

Why should it not happen? When today’s protagonists ascended the political stage, they were young, too. Dr Mahathir Mohamad was a teenager when he became active in the Malay nationalist movement back in the 1940s.

When he came to my village to contest his first general election in 1964, he was 39 and went on to become the prime minister at the age of 56. Compare that to Mahiaddin Md Yasin @ Muhyiddin, who became the backdoor prime minister at 73.

Muhyiddin, Anwar Ibrahim, Lim Kit Siang, Mohamad Sabu, Abdul Hadi Awang, Ahmad Zahid Hamidi and Shafie Apdal were all young when they entered politics and became wakil rakyat. Today, except for Mohamad Sabu, who is 66, Shafie, 67, and Zahid, 68, the rest are in their seventies and eighties. Mahathir will turn 95 on July 10.

If in the past we could have young leaders at the helm, why can’t we now? Our first prime minister, the late Tunku Abdul Rahman Putra, was appointed to the job at the age of 54, the late Abdul Razak Hussein at 48, the late Hussein Onn at 54, Mahathir at 56, Abdullah Ahmad Badawi at 64 and Najib Razak at 56.

Today, the second echelon leaders are either older or in the same age bracket as past and present prime ministers when they ascended to the top post. Take Umno deputy president Mohamad Hasan as an example. He is 64. The same age as Abdullah when he became prime minister.

It won’t do the country much good to go on quarrelling over Mahathir, Muhyiddin, Anwar, Lim Kit Siang, Hadi, Mohamad Sabu, Shafie and Zahid.