Umno supreme council member Mohd Puad Zarkashi has denied sponsoring a flash mob in Johor protesting against the government which has led to at least one arrest.

“There is someone trying to link me to the gathering, burning of flares and unfurling of the “Kerajaan Gagal” (failed government) banner in Parti Raja, Batu Pahat.

“Perhaps it’s because I am the Batu Pahat Umno chief and I have consistently said the government is a failed one.

“It should be clarified that Parit Raja falls within the parliamentary constituency of Sri Gading, not Batu Pahat. So don’t accuse on a whim,” he said in a Facebook post.

Instead, Puad said the government should reflect on why such a protest happened.

“Don’t just think about arresting them,” he said.

He then went on to congratulate the people of Parit Raja for their protest.

“May the 8th prime minister (Muhyiddin Yassin) be anchored to reality,” he said.

Police have arrested a 21-year-old man to assist in investigations into the incident which happened last night.  MKINI 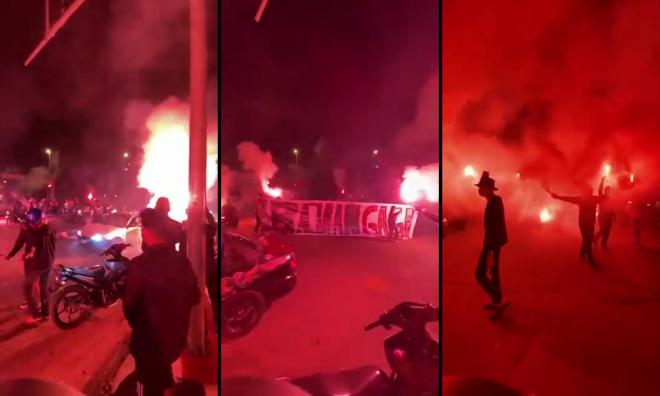 POLICE yesterday arrested a man to assist in investigation into a rioting incident in Parit Raja, Batu Pahat, footage of which went viral.
Batu Pahat district police chief Ismail Dollah said the 21-year-old man was arrested yesterday night at the Parit Raja police station where he had been summoned to have his statement recorded.He said police had earlier received an alert that a banner with the words “Kerajaan Gagal” had been spotted on a pedestrian bridge in Jalan Parit Raja but a visit to the location found that it had been taken down.

“Not long after that police received a report about a video of a rally, where flares were lit and a banner was raised with the words reading ‘Kerajaan Gagal’, which did not comply with the set standard operating procedures.

“Initial investigation found that the incident occurred in Parit Raja and it is believed that the banner raised at the rally was the same banner that was spotted on the bridge,” he said in a statement tonight.