EVENTS of the past two weeks have signalled a dramatic turning point in the world’s balance of power as tensions escalate between the United States and the increasingly close allies Russia and China.

The acrimony began when the United States imposed sanctions on seven senior Russian officials and 14 entities for the alleged poisoning of Alexei Navalny in August last year.

The vocal critic of Russian president Vladimir Putin – supposedly poisoned with the nerve agent Novichok – was flown to Germany where he recovered.

Doubts were raised about the allegation because Novichok is one of the most lethal nerve agents, with a potency up to 10 times higher than the VX used to kill Kim Jong-nam, North Korean leader Kim Jong-un’s half-brother, at Kuala Lumpur International Airport on Feb 13,2017.

Navalny was arrested upon his return to Russia in January this year and charged with violating his probation for a previous suspended sentence. He was jailed three and a half years.

Russia responded to the US sanctions by saying that they are a pretext for continuing interference in the country’s domestic affairs, adding that it would retaliate against the “hostile” act.

On March 17, the rancour worsened after US President Joe Biden labelled Putin a “killer” in an interview, plunging bilateral relations to a new low.

It led to Russia recalling its ambassador from Washington DC.

The last time it did so was in 1998, in protest against the US-led bombing of Iraq. 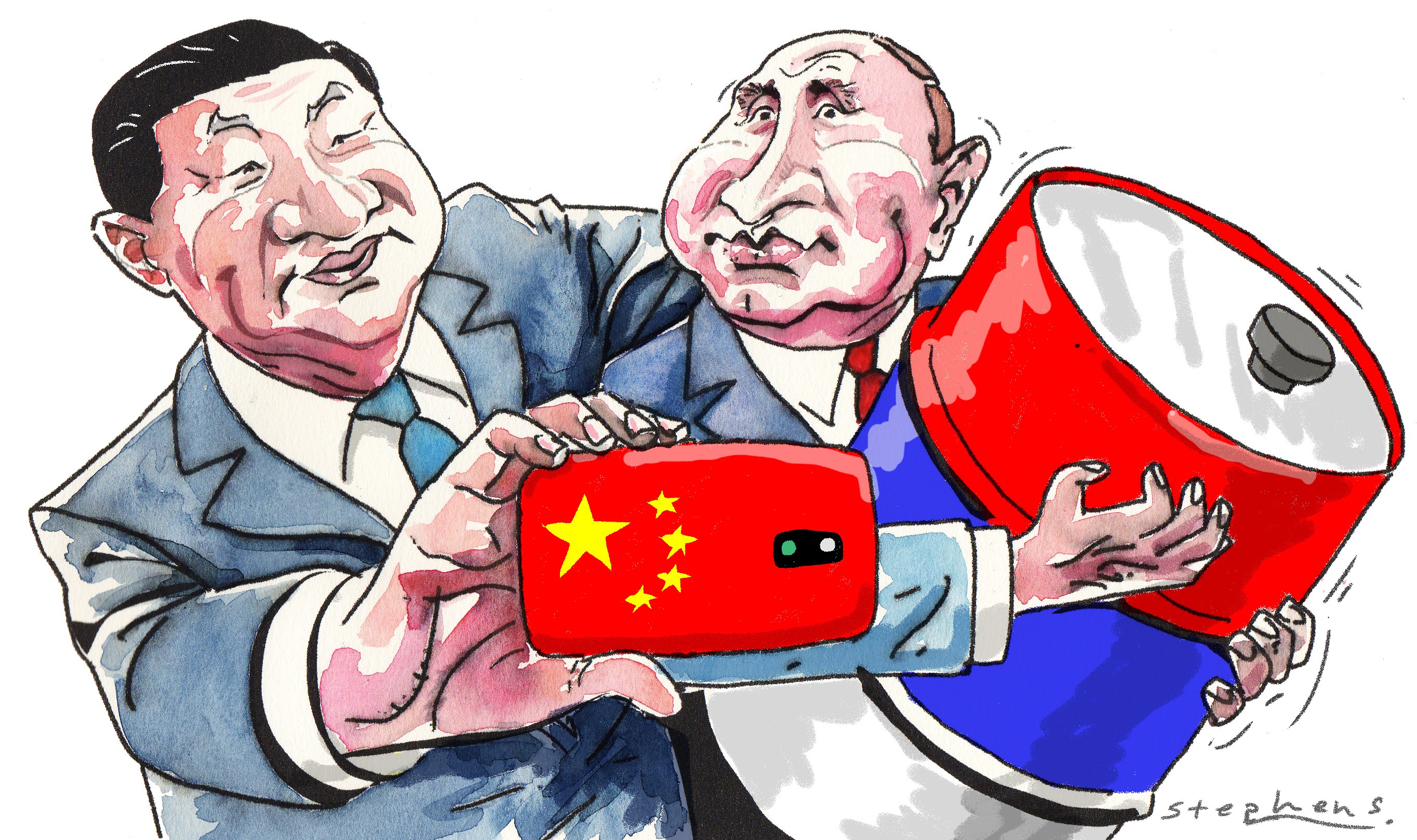 Putin responded to Biden’s “killer” tag with a Russian playground taunt akin to the saying “It takes one to know one”.

“It’s not just a childish saying, there is a very deep meaning in that, ” he said, pointing out the woeful legacies of the United States, including the atomic bombs dropped in Japan during WWII, genocide of Native Americans, its history of slavery and racial injustices as well as the recent Black Lives Matter protests against violence on black people.

But the Russian leader also wished the 78-year-old Biden good health, adding that he was saying it “without irony and not as a joke”.

The sucker punch from the man who holds a black belt in judo was his offer to discuss all contentious issues with the US president – with the debate televised live for the world to see.

Unsurprisingly, the White House turned down the offer.

As for China, the rancour arose before the first major summit between the Biden administration and Chinese officials in Anchorage, Alaska, on March 18, with the sanctioning of 24 Chinese and Hong Kong officials over Beijing’s alleged human rights abuses against Uighur Muslims in Xinjiang Province.

Britain, the European Union and Canada imposed parallel sanctions on the officials involved.

The talks in Alaska – led by US Secretary of State Antony Blinken and National Security Advisor Jake Sullivan and China’s top diplomat Yang Jiechi and Foreign Minister Wang Yi – began on a nasty note, with both sides casting sharp rebukes in full glare of the media.

Blinken expressed the US’ “deep concerns over actions by China, including in Xinjiang, Hong Kong, Taiwan, cyberattacks on the US, and economic coercion towards our allies”, claiming that these threatened rules-based order for global stability.

Yang countered by saying that the US was not qualified to speak from a position of strength.

He accused it of being a bully with its military and financial might, blocking the flow of trade and inciting anti-China sentiments.

Noting that many Americans did not have confidence in the country’s democracy, he said the United States is still facing many human rights issues, such as the treatment of its black citizens.

In the end, both sides issued statements identifying narrow areas of cooperation: in climate change and geopolitical issues related to Iran, North Korea, Myanmar and Afgha_nistan, while conceding that they were “fundamentally at odds” on key economic and political issues which China considers to be vital to its security and sovereign rights.

On March 23, Russian Foreign Minister Sergei Lavrov and his Chinese counterpart Wang Yi met in the scenic Guanxi Zhuang Autonomous Region and announced a “tightened bond of brotherhood” between the two nations.

The countries vowed to act as guarantors of justice in international affairs, promote the international system under the United Nations, protect world order based on international law, and to abide by universal values such as peace, development, justice, democracy, equality and freedom.

Russia and China also discussed reducing the risks of sanctions by strengthening technological independence, switching to payments in national currencies and in currencies alternative to the US dollar and away from Western-controlled international payment systems.

As Tony Kevin, former Australian ambassador and Emeritus Fellow of the Australian National University noted in his analysis at the

conversation.com last week, countries in Asia and further afield are closely watching the development of this alternative international order.

And they can also recognise the signs of increasing US economic and political decline.

“It is a new kind of Cold War, but not one based on ideology like the first incarnation.

“It is a war for international legitimacy, a struggle for hearts and minds and money in the very large part of the world not aligned to the US or Nato (North Atlantic Treaty Organisation).

“The US and its allies will continue to operate under their narrative, while Russia and China will push their competing narrative.

“This was made crystal clear over these past few dramatic days of major power diplomacy.”

As Kevin put it, the global balance of power is shifting, and for many nations, the smart money now might be on Russia and China.