Racist Attack In San Francisco – How A 76-Year-Old Chinese Grandma Fights A Man Who Punched Her, Sending Him To The Hospital

Steven Jenkins should realize that Bruce Lee was born in San Francisco back in 1940. Even though the martial art master died close to 50 years ago, the 39-year-old racist Jenkins should be aware that Chinese-Americans are not necessarily easy meat. When he tried to attack an 76-year-old Chinese grandma, he probably thought he could easily win.

But when Xiao Zhen Zie, who was attacked on Market Street in San Francisco on Wednesday – the latest victim in a wave of attacks on Asians in the Bay Area – turned the tables on Steven, the American bully was shocked. While the grandmother was still standing, albeit with bruised eye, the attacker was handcuffed to a stretcher, blood dripping from his mouth.

Apparently, she was just waiting at a traffic light to cross a downtown street when the assailant suddenly punched her by her left eye for no reason. Although shocked, the grandmother was not panicked. Her instincts told her to defend herself. Armed with a piece of wooden stick she found on the roadside, grandma Xiao hit attacker Steven repeatedly. 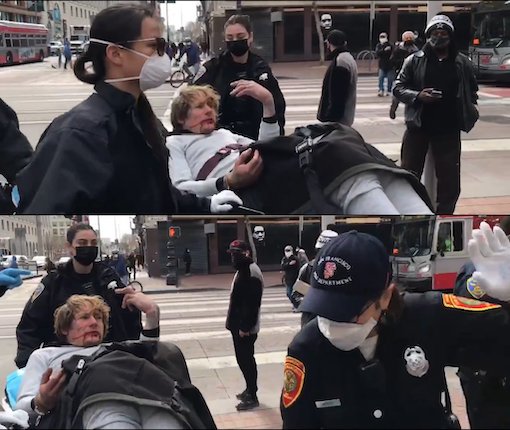 A KPIX-TV reporter, Dennis O’Donnell, managed to record the aftermath of the attack after he stumbled upon the scene during his morning run. In the video-clip, the elderly Asian woman, while putting an ice pack on her bruised eye, could be heard yelling at the man, Steven Jenkins, in Taishanese dialect – “You bum, why did you hit me? You damn asshole. You hit me!”

O’Donnell said from what he could observe, the frustrated and sobbing woman was not done with the attacker and wanted more of him despite being on the stretcher. Had the police not held her back, Jenkins could still be beaten up the angry Asian grandma. Other witnesses said they saw the woman pummeling her assailant.

The sight was pretty incredible – an old woman who looked pretty sad and hurt yet received no medical assistance, while the young punk looked quite stunned as if he was hit by a bus. It was also funny that the attacker gets a stretcher, but the Asian woman gets an ice pack. The white man should be ashamed of himself for picking on fragile elderly to bully.

As it turned out, Xiao Zhen Zie was not the only Asian victim being attacked by the man. Police said Steve Jenkins had assaulted an 83-year-old man from Vietnam in the same area about 30 minutes before he attacked Zie. The elderly Vietnamese man, Ngoc Pham, sustained cuts and bruises on his head and fractures to his nose and possibly his neck.

Officer Adam Lobsinger revealed that a security guard chased Jenkins after he assaulted the Vietnamese man and as he was fleeing, he came across Zie and punched her. Thanks to retaliation from the Chinese woman, eventually the security guard detained Jenkins until officers arrived. The San Francisco police are investigating the attacks to determine whether they were racially motivated.

Later, during an interview from her senior retirement home in the city with her daughter, Dong Mei-Li, the grandma said she was “very traumatized, very scared and the eye is still bleeding” after the attack. Her daughter who helped to translate, said – “The right eye still cannot see anything and is still bleeding and we have something to absorb the bleeding.” 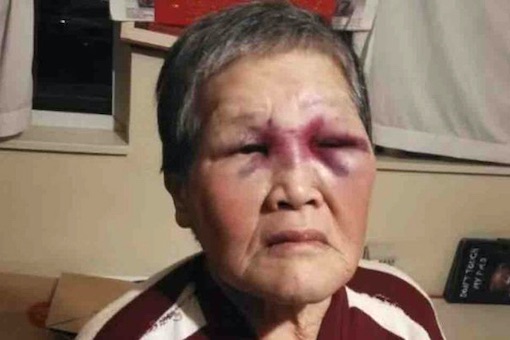 Amazingly, the crowdfunding has attracted over US$600,000, and counting, just 1 day after the fundraising started on 17 March – exceeding the target of US$50,000 for the poor woman. Her grandson revealed that she is not only a cancer survivor, but has diabetes for over 10 years. The attack has left her with two serious black eyes, with one still bleeding from time to time.

More seriously, she suffers not only physically, but also mentally and emotionally. According to John, his grandmother gets extremely emotional and starts crying whenever the attack incident is brought up again. Her family needs to constantly calm her down and comfort her from her PTSD (post-traumatic stress disorder) after the racial attack. 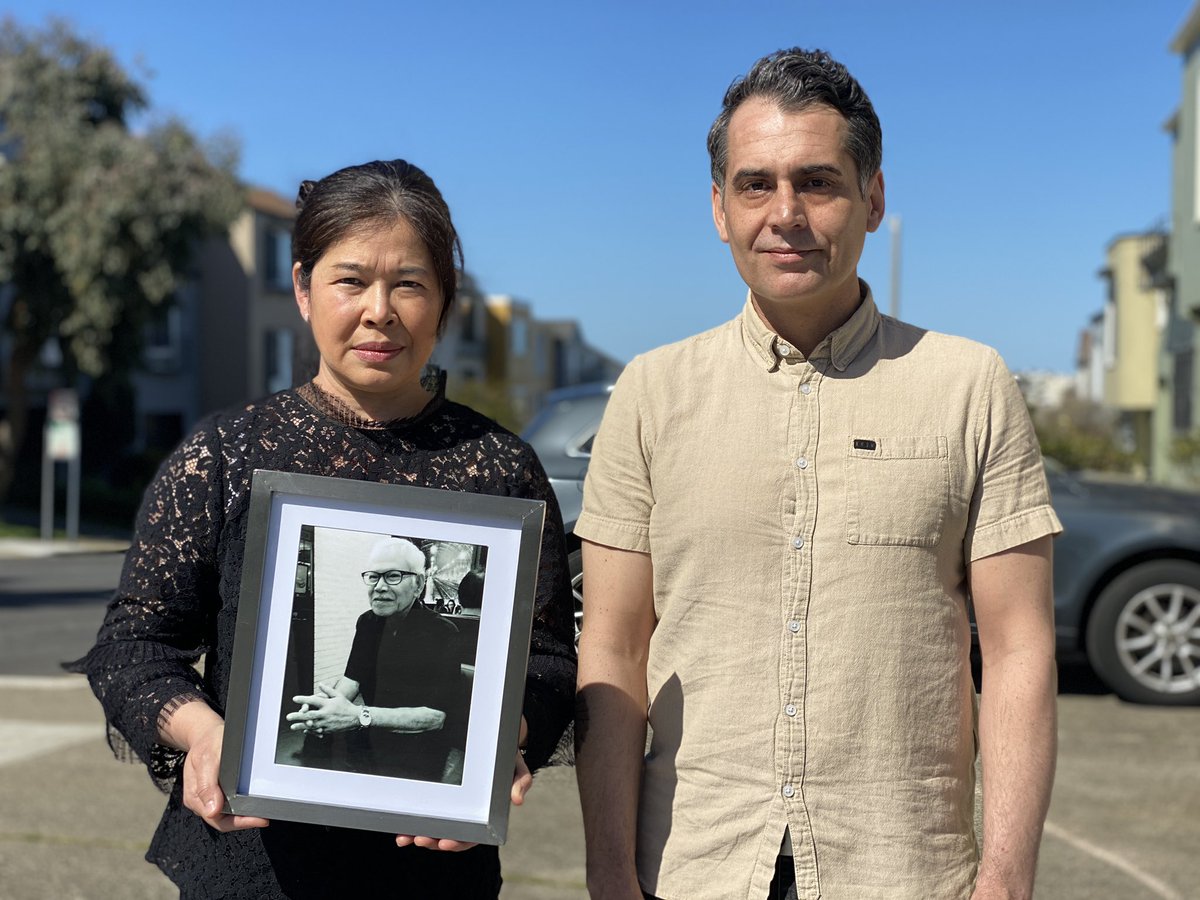 After being treated at the hospital for “a prior medical condition”, Jenkins was taken to jail. He has been charged with two counts of assault. Police have increased patrols in the city’s Asian neighborhoods, following the deadly shootings in Georgia on Tuesday that saw six Asian women and two others dead. The attacker, 21-year-old Robert Aaron Long, has been arrested.

It is not a coincidence that the recent rising wave of attacks against Asian-Americans started as the Coronavirus pandemic spread across the United States. There have been dozens of Asians being targeted. Vicha Ratanapakdee, 84-year-old “nearly blind” Thai grandfather, died after he was shoved to the ground on January 28 while he was taking a walk in San Francisco.

In the same month, a man who was caught on video shoving a 91-year-old Asian man to the ground in Oakland’s Chinatown, sparking outrage across the U.S. The attacker has also attacked a 60-year-old man and a 55-year-old woman that same day. Subsequently, Yahya Muslim, 28, was arrested and charged with assault and battery in connection with the three Chinatown assaults. 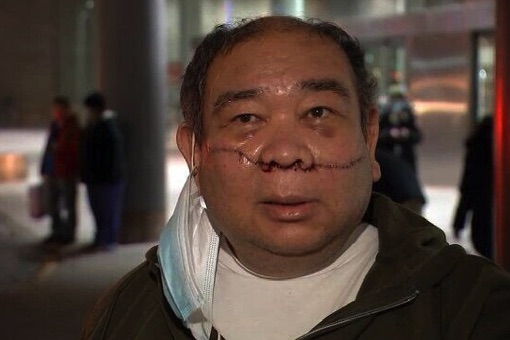 Another brutal attack occurred on February 3 in Manhattan, when an attacker slashed a 61-year-old Filipino man, Noel Quintana, across the face on the subway. He was slashed across the face from cheek to cheek. A 75-year-old Asian man, Pak Ho, was assaulted and robbed when he was out for a morning walk in Oakland.

A 59-year-old Asian man, Danny Yu Chang, was attacked this month while he was walking on Market Street near 2nd Street, San Francisco. Mr Chang, a ticketing agent with a travel company, was taking his lunch break when he was suddenly pushed and attacked from the back. The attacker, identified as 32-year-old Jorge Devis-Milton, has been arrested.

According to data from Stop AAPI (Asian American Pacific Islander) Hate, a website that tracks anti-Asian violence, incidents would spike when then-President Donald Trump used racist terms like “Chinese virus” and “kung flu” during speeches. There were a whopping 3,795 cases of racism and discrimination from 19 March, 2020 to 28, February, 2021 across 47 states and Washington, DC.

The hate crimes against Asian Americans are real, and was part of a systemic problem that was made worse by American rhetoric about the Covid-19 pandemic. It has become so serious the U.S. lawmakers, testifying before a House Judiciary subcommittee yesterday (18 March), have called for a shift in public rhetoric surrounding Covid-19 pandemic.

In the same breath, lawmakers and advocates have also mooted the passing of new hate crime legislation to address rising discrimination and violence against Asian Americans. Astonishingly, the last congressional hearing held on violence against Asian Americans was in 1987 – suggesting that for the last 34 years, the U.S. government has ignored the problem until it explodes today.