GEORGE TOWN: Penangite Beh Chew Boo made headlines recently when he escaped the gallows after a Singapore Court of Appeal acquitted him of drug trafficking charges.

His lawyer Wong Siew Hong said Beh’s case was easily the first in Singapore where someone sentenced to death for trafficking drugs was acquitted on appeal.

Still in disbelief that his ordeal is finally over, Beh agreed to a phone interview with FMT, where he recalled the events of that fateful day when he was caught with drugs, to his subsequent imprisonment in Singapore and his days on death row.

“That October day was the longest day of my life. And the 53 months in prison was life-changing,” Beh, from Sungai Acheh, Nibong Tebal stuttered in Malay.

He related how he’d always earned a living from doing odd jobs, having dropped out of school at 13.

In 2014, he moved to Johor Bahru and found employment as a driver, ferrying fresh produce across the Causeway. At one time, he also sold durians in Singapore.

Then came a better paying job as a mover with a reputable Singaporean company. At 34, he was living in Skudai, travelling daily to work, and saving every penny he could. He recalls his life then as being good.

Sometime in October 2016, Beh and his 33-year-old girlfriend planned an outing to Singapore. He says he also planned to meet a friend and to return a power bank he had borrowed a few days earlier.

Since his motorcycle had broken down, the couple used his car, driving from Skudai to his friend’s house in Johor Bahru. 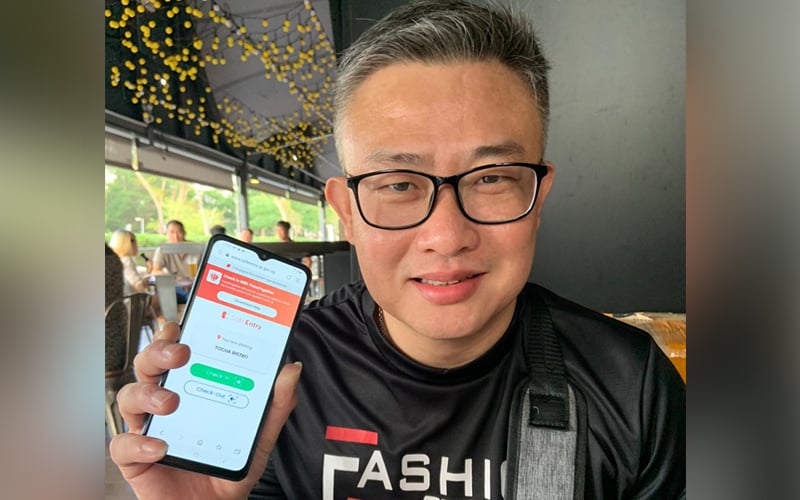 To save costs, he parked his car and borrowed his friend’s motorcycle for the trip into Singapore. He remembers feeling pleased that he would save a bundle as it cost only S$4 in toll for a motorcycle compared to S$35 by car.

He crossed the Causeway and stopped for a regular check by Singapore Customs. However, things took an ugly turn when the officer on duty found nearly 500g of methamphetamines in crystalline form, sorted into four smaller bundles.

The street value of the drugs was estimated at S$89,000. Shocked, Beh and his girlfriend denied any knowledge of it.

Beh however was handcuffed and whisked off by the police and ended up spending over four years in prison upon conviction.

He was sentenced to death, while his then-girlfriend, who was held for over a year in remand, was eventually freed.

In 2017, Beh learnt that his friend, the owner of the Honda Freedom motorcycle that he and his girlfriend borrowed, had been caught with drugs and charged with possession of drug-related utensils. He was sentenced to seven years in jail in 2018.

In Changi Prison, Beh said, life was tough but he made an effort to put up a brave front. “But in my heart, I felt sunken, sad. I forced myself to feel happy because others on death row somehow managed to look happy too.”

Beh remembers one instance when his lawyer obtained a three-day out-of-prison allowance from the Singapore High Court so he could celebrate Chinese New Year.

He says those three days were bittersweet. He visited the island’s many tourist spots – something he had never done as a free man – and also made a video call to his family, all the while dreading the day he would be hanged.

He said he was immensely grateful to Wong, from Eldan Law LLP, who fought for his release for four years pro bono. He was almost moved to tears when Wong bought him a mobile phone recently.

“When I walked out of prison, I could not believe I was free. Then when I got my phone, I felt truly free,” he said.

“I want to forget this ever happened. And I wouldn’t wish this on anybody. Please don’t ask me about it anymore as it will only open up more wounds,” he pleaded.

Wong, who has put Beh up in a S$100 a day hotel in Singapore, with some pocket money and food said he was happy to be of service to him.

“I want to defend the innocent. And I’m glad I was able to help Mr Beh.

“This is easily the first case in Singapore where someone sentenced to death for trafficking drugs has been acquitted on appeal. At best, we usually see similar cases being commuted to prison terms,” he said.

This weekend, Beh will be reunited with his loved ones in Penang.