PETALING JAYA: Najib Razak has been convicted and Ahmad Zahid Hamidi is facing numerous charges, so who will be the man to lead the Barisan Nasional campaign in the next general election? If the pundits are right, Umno deputy president Mohamad Hasan could be the pointman for the coalition.

Speculation is rife that the coalition members have drawn up Plan B, which involves replacing Umno president Zahid with Mohamad, better known as Tok Mat.

“Members from MIC and MCA are suggesting that Tok Mat be the next choice as part of Plan B. There are some concerns over the court charges,” a source told FMT.

The source said there are fears that Zahid may be bogged down by the court cases, which are ongoing even during the emergency.

He said Mohamad was not a close ally of Perikatan Nasional and was unlikely to work with the coalition and “will also not sell BN to PN”.

The source said both MCA and MIC are hoping for two matters to be settled – the first is to use BN flags during GE15 and second, a fair allocation of seats for both parties.

“Tok Mat may be the next best person to replace Zahid. He is quite charismatic and liked by non-Malays.

“He is also business savvy and good in economic matters. The non-Malays have no issues with him,” he added. 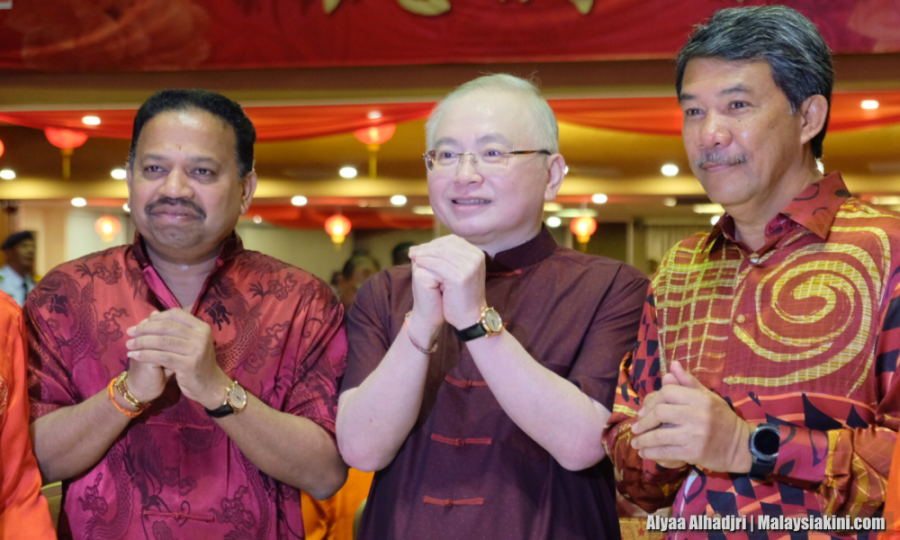 Relations between Umno and PPBM have been strained since September last year, and things came to a head with a letter from Zahid to PPBM president Muhyiddin Yassin saying Umno would not cooperate with the party once Parliament is dissolved for GE15.

It is not just MCA and MIC who are hoping that Zahid will be out of the picture, allowing Mohamad to take over. PPBM and its coalition Perikatan Nasional are also hoping for the same.

A PN source told FMT they are hoping Umno would avoid three-cornered fights during the elections.

“It will be good if we can achieve that. We know there could be a handful of seats that Umno and PPBM may not be able to agree upon, but we are aiming for at least 95% agreement.”

He said PN was hoping to come to an agreement with Mohamad on avoiding three-cornered fights among Umno, PPBM and PAS.

“With Zahid, we may not be able to achieve that. After elections, it is up to Umno if they want to work with us or not, but before the elections, we are hoping they will not fight us for seats,” he said.

Mohamad, the former Negeri Sembilan menteri besar, is now into his fourth term as the Rantau assemblyman.

The Umno deputy president’s 20-year experience in the corporate sector is seen as the main contributing factor for his successful tenure.

Among his most significant policies were limiting the tenure of state exco members to two terms. During his term, the state economic growth was reported to have increased by 5.2% and 6.2% in 2011 and 2012.

Before the May 9, 2018 elections, he said he had reduced the state’s debts to Putrajaya from RM2 billion to RM700 million, boosted cash reserves to RM500 million and put in place development plans for the next 30 years.