PETALING JAYA: Amanah deputy president Salahuddin Ayub has called for Parliament to be reconvened so the legitimacy of the Perikatan Nasional (PN) government can be settled once and for all.

He said the ruling coalition should no longer use the Covid-19 pandemic as an excuse to delay the collapse of the government, which he argued was bound to happen.

Speaking at an online forum last night, he said the issues of the legitimacy of the PN government and the management of the Covid-19 crisis were two separate agendas and should not be associated.

Parliament and the state assemblies have been suspended under the emergency declared in January which the government said was necessary to control the pandemic. However, the Yang di-Pertuan Agong said last week the state of emergency did not invalidate the holding of parliamentary meetings.

Salahuddin said the management of the pandemic would still be carried out systematically regardless of whether there would be fresh elections or whichever party ends up in government.

“Say we convene Parliament to confirm the legitimacy of PN, then say, for example, PN collapses and a new government takes over. 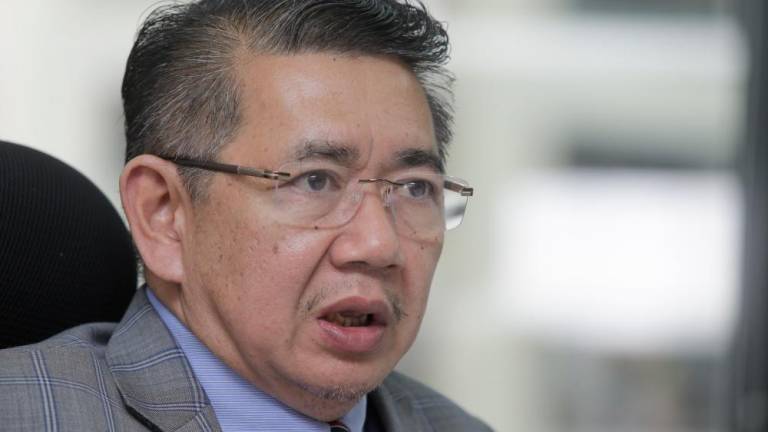 “Don’t crowd in front of the palace gates or use Covid-19 as an excuse,” he said on the relevance of holding a general election in 2021.

Opposition MPs have questioned the legitimacy of the PN government since it was formed in March last year after Dr Mahathir Mohamad resigned as prime minister. The Yang di-Pertuan Agong decided that Muhyiddin Yassin commanded sufficient parliamentary support to form a government.

However, the PN coalition’s majority has been put in question after several Umno MPs said late last year that they no longer supported Muhyiddin.

Salahuddin said PN only commanded the support of 109 MPs, three seats short of a majority in the 222-member Dewan Rakyat.

“Actually, by right there is no more government. Actually it has already collapsed,” he said.