PETALING JAYA: Consumer activists and an economist say Putrajaya’s move to fine individuals up to RM10,000 for movement control order-related offences is regressive and punitive.

They also claim it will only encourage more corruption as offenders may try to buy their way out.

Jacob George, president of the Consumers Association of Subang and Shah Alam, said it was a move backwards for the country as the idea of fines is to educate the people, and should not be punitive or malicious in nature.

“We have seen two sets of laws, with ministers and politicians getting away. Those who will be facing the fines are not politically powerful.

“People like Ahmad, Ah Seng and Arumugam facing the crunch because of the poor economy will be fined,” he said, adding that those unable to pay the fines are likely to end up in prison.

George said fines and summonses should be meted out to deter people from committing offences but should not be repressive or oppressive.

“We are not in a life-and-death situation to implement such repressive laws. Why are we doing this? How can this be justified?” he asked.

The new Emergency (Prevention and Control of Infectious Diseases) (Amendment) Ordinance 2021, published on the Federal Gazette website, allows a person to be fined up to RM10,000 for violating MCO regulations.

The ordinance, which comes into effect on March 11, also states that companies which violate MCO regulations can be liable to be fined up to RM50,000.

Marimuthu Nadason, president of the Federation of Malaysian Consumers Associations (Fomca), said this is not the right time to raise fines as people are suffering from job loss and pay cuts.

He also said the compliance rate for standard operating procedures (SOPs) has been high.

“The government of the day should show love and educate the rakyat. Are they trying to make people bankrupt?” he asked. 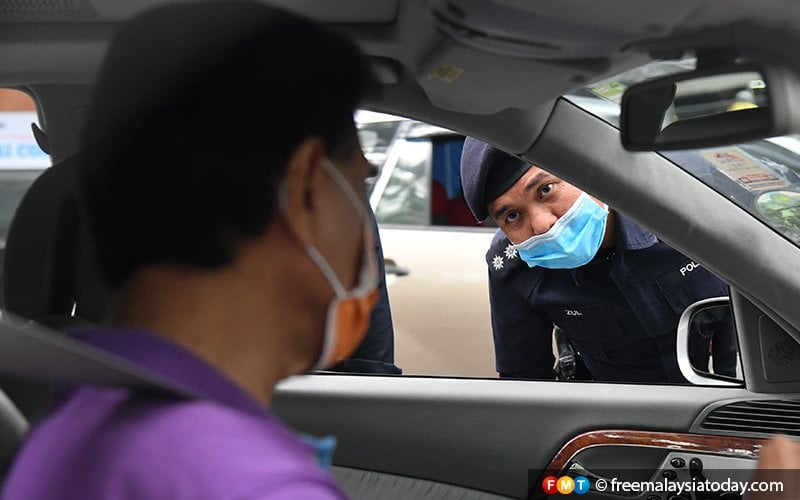 He urged the government to show greater compassion and help people get on with their lives amid the pandemic.

Center for Market Education chief executive Carmelo Ferlito said when fines are increased disproportionately, they will become troublesome for the lower-income group.

“This seems to be a regressive fine, punishing the poor,” he told FMT.

He said it may also encourage giving and taking of bribes as people will try to evade getting fined.

“Whenever you increase these fines, people will act the same as with taxation – when taxes are high, people will try to evade them. It encourages bad behaviour.”

Ferlito said the increase in fines will come at a time when most people are still confused over the SOPs as they are frequently being changed.

“There is a greater need for clarity in SOPs. There is still confusion and it is difficult to keep pace with the changes in regulations.”

He urged Putrajaya to improve the way it communicated with the people so that they are better aware of the dos and don’ts.

This is why we need Parliament, Guan Eng says after increased MCO fines

The former finance minister said such harsh penalties will not help curb the rise in the number of infections, especially when there is double-standard in the enforcement of laws.

It also means that the lower income groups and ordinary “rakyat” will bear the brunt of stiffer penalties, he said.

Lim said it was unlikely that ministers will ever be penalised as severely for violating MCO restrictions, he said.

“Clearly using these emergency powers to impose stiffer penalties demonstrates how important it is for Parliament to be restored, to allow such measures to be debated fully so as to protect the rights of the rakyat,” Lim, who is also Bagan MP, said in a statement.

Under the amended Emergency Ordinance, any person who breaches the law for “which no penalty is expressly provided” can face a fine of up to RM100,000 or a jail sentence up to seven years.

In criticising the “exorbitant increase”, Lim said the people now had to contend with such fines despite enduring an economic recession, business closures and job losses.

Lim went on to point out that Prime Minister Muhyiddin Yassin had previously justified that the emergency powers would allow the government to impose stiffer penalties against those who violate SOPs.

“Since this objective has already been achieved, why is there still a need for an Emergency and suspension of Parliament?”