The Proclamation of Emergency, which was consented by the Agong (King) on January 12, was a huge mistake from the beginning. King Sultan Abdullah, who had received briefings from a strong battalion of top government officials, including the Attorney General, Inspector-General of Police and Chief of the Armed Forces, stunningly agreed to a state of Emergency until August 1.

Interestingly, celebrity Health director-general Dr Noor Hisham Abdullah was part of the powerful delegation to convince the King to the jaw-dropping proposal. But the proposal – an emergency rule – was designed to allow backdoor Prime Minister Muhyiddin Yassin to cling to power. Mr. Muhyiddin has lost his legitimacy after the withdrawal of support from some of UMNO MPs.

Naturally, nobody dares to question the monarch’s decision for fear of being arrested and thrown into prison. But it’s a matter of time before such unjustifiable and undemocratic – even laughable – political stunt backfires. Malaysia is the only country in the world that has declared an emergency as well as locking up the Parliament under the pretext of fighting Coronavirus.

True enough, in less than 6 weeks later, the country makes a U-turn. On Wednesday (Feb 24), the King suddenly declared that Parliament session can be held after all even during the State of Emergency. The hilarious part – it was PM Muhyiddin, who said Parliament, State Legislative Assemblies, General Elections, State Elections and By-Elections cannot be held during the period of emergency.

Now that the King said the Parliament can be reopened for business, can state assemblies be held too, as do general elections and other restrictions announced by the backdoor prime minister in his speech on Jan 12? If not, what are the justifications to continue shutting down them? On the other hand, if there are no more restrictions, exactly why the emergency rule is still in effect?

It appears that either the monarch had been hoodwinked by Muhyiddin regime last month, or the King had made a humiliating mistake, resulting in the damage control today. Either way, it doesn’t look good on the Sultan of Pahang. It creates an impression that he has made a fool of himself for granting the PM his wish when he had earlier rejected the same request for emergency in Oct 2020.

Interestingly, the Comptroller of the Royal Household said – “The assumptions by some parties that the Emergency Proclamation prevents Parliament from convening is inaccurate”. But the lame explanation only leads to a burning question – why did it take the Palace a mind-boggling 6 (six) weeks to announce that Parliament session can be convened?

That’s right, for the past six weeks, everyone – including UMNO MPs and ministers – had been led to believe that Parliament was suspended to prevent the illegitimate prime minister from losing a vote of confidence in the Parliament. Even former Prime Minister Najib Razak has been whining, moaning and bitching until foaming at the mouth about the closure of the Parliament.

The Palace also claimed that the Agong’s assent to the prime minister’s advice for the Emergency Proclamation on January 12 was purely a measure to curb the Covid-19 pandemic. Here’s the fun part – on Jan 12, the country recorded 3,309 new cases of Covid-19. On Wed (Feb 24), 6 weeks later, the health ministry registered 3,545 new Coronavirus infections. 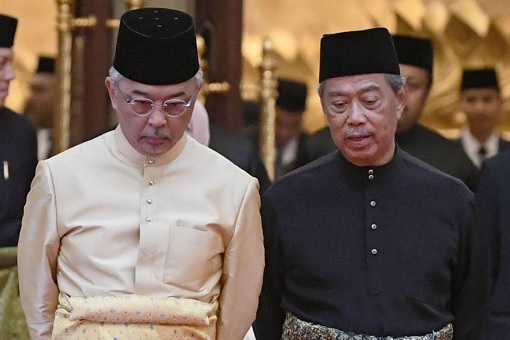 In the same breath, it was Prime Minister Muhyiddin, who announced that Parliament would be suspended for as long as the Emergency lasts, or until Covid-19 cases in the country are under control. Clearly, the pandemic is far from being contained and the emergency is still in effect today. So, how could a “suspended” Parliament suddenly becomes “active” now?

Essentially, the King indirectly admits that not only the half-baked MCO 2.0 (movement control order) lockdown has failed, but the decision to declare the emergency was a mistake that should not have had been done hastily and carelessly. In fact, former Dewan Rakyat Speaker Mohamad Ariff Md Yusof had said – “In our history there has not been an instance where an Emergency suspended Parliament.”

In a drama that saw how the ruling Perikatan Nasional government shot its own foot, Dewan Rakyat (Lower House) Deputy Speaker Azalina Othman wrote to Attorney General Idrus Harun last week (Feb 17) to criticise his advice for the government to suspend Parliament during the Emergency. It screams incompetence that it took Azalina 6 weeks to realize the mistake of an emergency declaration.

Azalina’s criticism is an admission, to put it mildly, that not only the Muhyiddin’s handpicked attorney general is a clueless clown who had no idea what he was doing, but also that King Sultan Abdullah had been royally ill-advised back in Jan 12. Perhaps Azalina, an UMNO MP, finally realized how power-crazy Muhyiddin was dangerously moving into dictatorship.

But even the sudden surprise announcement from the Palace yesterday that the Parliament can reconvene despite the current emergency state was full of blunders. The King said an exact date for the Parliament session will be announced later – subject to PM Muhyiddin’s advice. But as clarified by lawmaker Razaleigh Hamzah, the monarch does not require the prime minister’s advice. 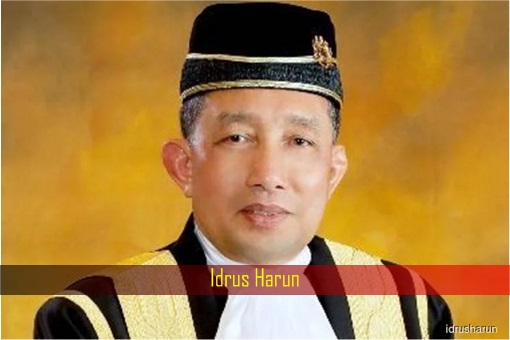 Curiously, the King’s decree yesterday came after he granted an audience to Dewan Rakyat (Lower House) Speaker Azhar Azizan Harun and Dewan Negara (Upper House) Speaker Rais Yatim. At best, the monarch has been spectacularly ill-advised again. At worst, the backdoor PM Muhyiddin was trying to usurp the King’s power with the false advice.

Coincidentally, there have been several lawsuits challenging the Perikatan Nasional government’s decision to suspend Parliament during the Emergency. It would be a slap in the face of both prime minister and King Sultan Abdullah if the government loses the case in the court. The Government, Attorney General’s Chambers and Monarch institutions will become a laughing stock.

It’s not an exaggeration to suggest that the suspension of Parliament has been illegal from the beginning, hence all the drama to reverse the humiliating screw up. The visits of Speaker Azhar Harun, who happens to be A.G. Idrus Harun’s brother, and Rais Yatim to the Palace could be a stunt to allow the Agong to make a face-saving reversal of last month’s emergency proclamation.

However, the real reason for the incredible U-turn in allowing the Parliament session to proceed has everything to do with the loss of foreign investor’s confidence. Besides the closure of some 32,000 small-and-medium-businesses, the country saw how foreign direct investments (FDI) dropped by 68% last year and a downgrade of Malaysia’s credit rating from A- to BBB+ by Fitch Ratings’.

Not only the questionable emergency rule fails to ease the Coronavirus pandemic, the country’s economy saw its GDP plunged by 5.6% – the worst contraction since the 1998 Asian Financial Crisis. With so many countries to invest in the Southeast Asia, exactly why should investors choose a country whose regime can introduce any laws without approval of Parliament and cannot be challenged in court?

Finance Minister Zafrul can continue his silly and childish chest-thumping stunt that everything is rosy. But it has failed to convince Fitch Solutions, the research arm of Fitch Group that has just cut Malaysia’s real GDP by half to 4.9% from 10.9% (after having slashed it earlier from 11.5%) due to the third wave Covid-19 outbreak and the lockdown measures.

The next Parliament meeting is scheduled from March 8 to April 8. Should the Parliament be opened during this calendar date, the opposition could seek a confidence vote and if Mr Muhyiddin lost, he would either have to resign or seek the King’s assent to dissolve parliament, paving the way for an election. Alternatively, the monarch can choose a new prime minister who commands the majority support in the Parliament.