KUALA LUMPUR — Over 30 industry representatives voiced their opposition to the extended movement control order (MCO) last night in a rare show of unity that likely underpins dipping confidence in the government’s handling of the Covid-19 crisis.

Some of the most influential economic sectors have rallied behind a drive dubbed “Industries Unite” to condemn the partial lockdown extension, calling the move a death knell for more businesses and warned of soaring unemployment.

“We regret the government’s decision to extend the MCO until the 18th,” the coalition said in a statement issued shortly after Senior Minister Datuk Seri Ismail Sabri Yaakob made the announcement yesterday evening.

“We expect that we will see the death rate of businesses spike during this period. The unemployment rate will also rise. This inevitably will put further stress on the economy and vital supply chains,” the group added.

Ethnic Chinese are due to celebrate the Lunar New Year on February 12 and the annual celebration, one of the country’s biggest, is often the time businesses and trade push for sales, but the MCO extension means profit margins are unlikely to hit pre-pandemic levels.

Yesterday, Ismail Sabri said the government will tighten restrictions for the extended MCO, citing lax compliance as the main cause for the surge in Covid-19 cases over the last month. Daily transmission rates have stayed above 3,000 for more than two weeks, with the highest reaching nearly 6,000.

Prime Minister Tan Sri Muhyiddin Yassin, at the onset of the current MCO last month, unveiled additional stimulus worth RM15 billion but less than a tenth of it accounts for direct assistance.

Businesses warned that without adequate help and a clear medium-term plan to rein in the coronavirus, more businesses will shutter or be forced to lay off workers.

“Any possible recovery is hindered by a clear path forward,” Industries Unite said.

“These bi-weekly extensions do more harm than good. Businesses need to plan ahead, make vital decisions, to retain or release staff, to manage cash flow, gearing etc. There is a serious lack of confidence in the business community,” it added.

Unemployment soared to over 4 per cent in the second half of last year but improved slightly after the government began phasing out the MCO from May onwards.

Growth in the second quarter of 2020, when the first MCO was in full force, contracted by a record -17 per cent but picked up slightly in the third and fourth quarters, prompting optimism that the economy would rebound this year.

Analysts have since revised their 2021 growth forecast following the second partial lockdown that started on January 13.

He pledged to address “structural issues” in a bid to drive growth through measures both in this year’s and the 2022 Federal Budget but stopped short of saying if there would be additional spending to cushion the effects of the extended MCO.

Industries Unite said the government should work with them and roll out more measures, citing the need for an emergency plan.

“We urge the government to work with us to come up with an immediate emergency plan to keep businesses going, a six- to 12-month stabilisation plan, and thereafter, a three-year recovery plan,” the coalition said.

“We strongly urge the government to lift the MCO. People may be saved from the virus but die of poverty.”  – MALAY MAIL 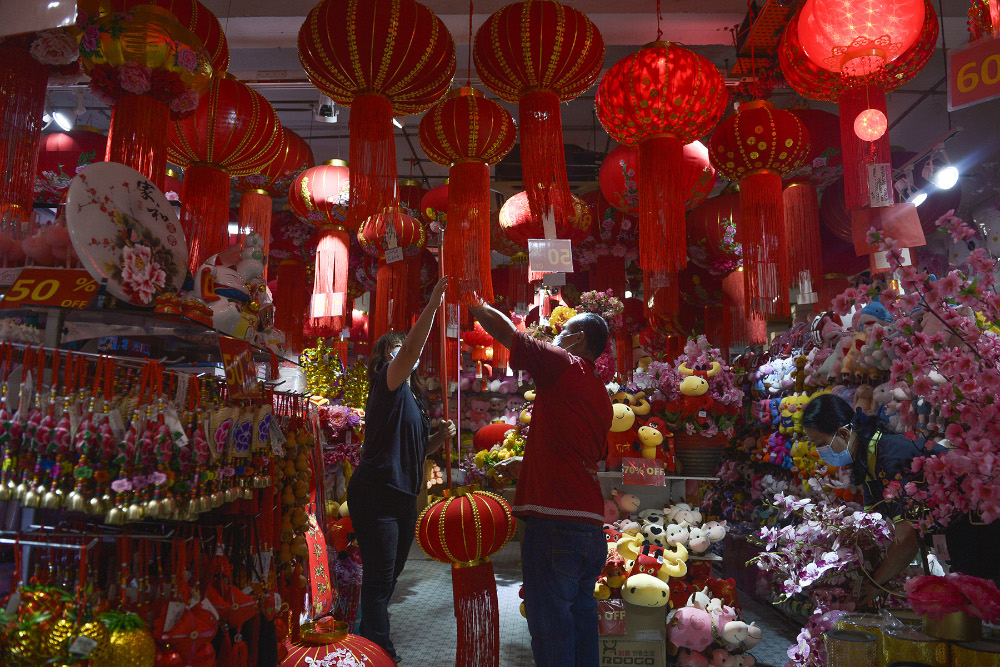 The extension of the movement control order (MCO) announced yesterday has now been accompanied by government sources suggesting that all business sectors could be allowed to reopen.

While we have had many, this must be the surest sign that authorities have reached their wits’ end on how to contain the pandemic and are shifting their focus to nursing the economy back to health instead.

It begs the question of why the MCO was imposed in the first place, especially when it has been modified to the point of being unrecognisable from the strict lockdown that it had been last year.

After three weeks, where do we stand? When the prime minister addressed the nation on January 11 to announce the order, he delivered a dire warning that the country’s health system was at its “breaking point.”

New cases on that day were 2,232. Every day since then, however, cases have been higher. Over the past week, some days were over 150 per cent higher.

For perspective, it took the country from the end of November until the start of this MCO — 47 days — to collect the same number of cases. In fact, it took us from last February to the middle of December — over 300 days — to hit our first 78,000.

We have also come to learn that our “new daily cases” are not real-time, and that this data has been corrupted by reporting that was over a month late. Even this one — admittedly flawed and limited — constant is no longer reliable.

Yet somehow we are no longer at a “breaking point” and it will soon be safe to reopen all businesses? What has changed significantly since January?

If our laboratories are now able to process more tests, we should not be seeing these backlogs. If it is because Covid-19 patients may now be treated at private hospitals, the government must realise most Malaysian cannot readily afford this?

If we are indeed in a better state, then the government would certainly assuage many fears by informing us how and why.

However, it increasingly appears that it has cost us nearly RM13 billion over the last three weeks for no significant gain.

This is not to diminish the concerns of the business sector about how the MCO has been and continues to be devastating, to the point of forcing many into insolvency.

The point is that the entire country cannot afford to keep lurching from one ambiguous MCO to the next, with no concrete plan to manage the pandemic until vaccines arrive in large enough quantities to be useful.

It also cannot be just to remind Malaysians to observe the SOPs and, soon, to menace us with greater penalties for any failures.

Because without substantive measures to contain the pandemic, fines for SOP violations will be little more than a stealth tax until the country is vaccinated. MALAY MAIL