For months, we’ve been saying that the backdoor government of Muhyiddin is not only illegitimate and fragile, but also clueless and incompetent. The loosely glued Perikatan Nasional coalition, consisting of three biggest “Malay” political parties – PPBM, UMNO and PAS – successfully snatched power through a coup in March 2020 under the pretext of “Malay Unity”.

But the pro-Perikatan Nasional bloggers, propagandists, cyber troopers and news media chose to spin and twist that the backdoor government was not only legitimate and strong, but also extremely competent. In fact, a top-paid silly blogger said not only Muhyiddin Yassin is the best prime minister the country has ever produced, but Finance Minister Zafrul is a financial genius.

Last week (Jan 24), the United Nations Conference on Trade and Development (UNCTAD) released some figures that are incredibly humiliating. Despite 10 months of chest-thumping and claiming credits, the UN body that deals with trade, investment, and development issues dropped the bombshell – Malaysia was the worst performer in the region.

Inflow of foreign direct investments (FDI) into Malaysia stunningly dropped by 68% from US$7.8 billion (RM31.5 billion) in 2019 to US$2.5 billion (RM10.1 billion) in 2020. While it’s true that FDI inflows to Southeast Asia contracted by 31% to US$107 billion in 2020 due to Covid-19 pandemic, other countries in the region did not do as badly as Malaysia under Muhyiddin regime.

In comparison, Singapore saw its FDI plunged by 37% and Indonesia fell 24%, while Thailand dropped by 50% and Vietnam lost by 10%. Surprisingly, Philippine saw its FDI increased by 29%. But Thailand’s massive contraction was due to divestment of a British company – Tesco – to Thai billionaire Dhanin Chearavanont for £8 billion (US$10.9 billion; RM44.3 billion).

Essentially, Malaysia only managed to attract 2.3% of total FDI last year – a pathetic performance. It means not only the previous Pakatan Harapan performed better than the current Perikatan Nasional government, but also proves that foreign investors were not convinced, let alone recognize, of Muhyiddin and his minions’ ability to run the country. 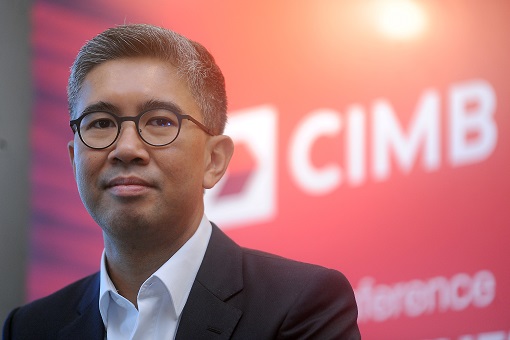 But the biggest joke was the amount of lies spewed by the backdoor government, especially the finance minister. Finance Minister Tengku Zafrul Tengku Abdul Aziz, formerly chief executive of Malaysian banking group CIMB, bragged on social media LinkedIn that foreign and domestic investment in Malaysia had amounted to RM109.8 billion for the first nine months of 2020. 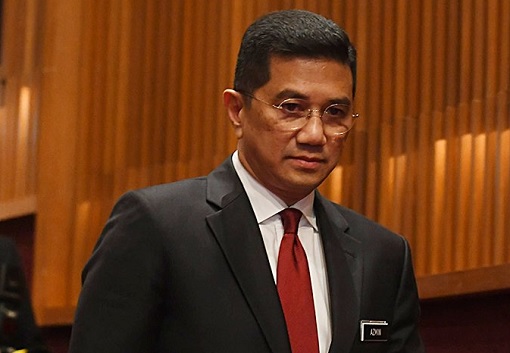 Taking his lying skill to a new level, Zafrul’s self-praised posting on Jan 9 saw him boastfully said – “How’s that for investors’ continued confidence in Malaysia?” If only the clueless finance minister knew how UNCTAD’s data would make him look like a bloody fool. After deducting RM10.1 billion of FDI, was there really RM99.7 billion of domestic investment as claimed?

Perhaps the finance minister was clueless about the significance of the numbers, but the domestic investment of RM99.7 billion in the first 9 months of 2020 would translate to RM11 billion of investment – every month! Not only he cooked the RM109.8 billion figures, but also claimed to have approved investments involving close to 3,000 projects in the services, manufacturing and primary sectors.

Curiously, for the entire year of 2017 during the era of political stability under the previous Barisan Nasional government, Malaysia only recorded RM142.4 billion from domestic direct investments – RM11.8 billion monthly investments. So, how could the value of monthly investment was almost the same in 2017 and 2020, despite the Coronavirus pandemic?

Mr Zafrul also crowed that eight international venture capital fund managers had committed to invest up to RM1.57 billion into Malaysia startups in the fields of fintech, edutech, agritech, mobility and artificial intelligence (AI). However, EU-Malaysia Chamber of Commerce and Industry (EUROCHAM Malaysia) CEO Sven Schneider was unimpressed by Zafrul’s lies and exposed him.

Mocking the empty vessel Malaysian finance minister, Mr Schneider said many investors are having concerns in regards to Malaysia’s attractiveness as a viable investment hub. He said – “Until today, the Honourable Minister was not even able to meet with us and listen to the concerns of our corporations. Without these inputs, your Ministry certainly cannot address the problems on the ground.”

If Zafrul was too lazy, to put it mildly, to even find some time to meet the European business chamber to discuss matters concerning commerce and trades, exactly why should foreign investors care to pump money into the country? The arrogant finance minister talked as if Malaysia is the only paradise in the region that FDI would pump their money into.

To prove he did not lie, Zafrul should at least publish all the so-called 3,000 projects worth RM109.8 billion for all and sundry to digest. But he would not dare, would he? In reality, Malaysia, under the corrupt, incompetent and fragile Perikatan Nasional regime, is fast falling behind in attracting investors. Vietnam, along with Singapore and even Indonesia are the preferred destinations.

Despite being a communist country, Vietnam provides political stability to investors, as well as low costs, investor-friendly policies and zero tolerance for corruption. Together with local supply chain GoerTek, Apple has begun its production of AirPods in Vietnam, a move similar to that of Samsung. Intel, meanwhile, chose the country to house its biggest chip assembly plant worldwide.

Indonesia saw a stunning investment from Amazon when the American multinational technology company agreed to invest US$2.85 billion to build three data centres in Indonesia’s West Java province by the end of 2021 and early 2022. Google and Singapore Temasek, have agreed to invest US$350 million in an Indonesian e-commerce company, Tokopedia.

Last November, Hyundai signed a preliminary deal to build a new factory in Indonesia with an investment of US$1.55 billion (RM6.26 billion) until 2030. The South Korean company is closing its Asia Pacific regional HQ in Mutiara Damansara in Petaling Jaya, Selangor, Malaysia in favour of investment incentives offered for electric vehicles (EVs) in Indonesia.

Toyota Motor Corp has already planned to invest US$2 billion to develop EVs in Indonesia from 2019 until 2023 starting with hybrid vehicles. Likewise, Tesla and SpaceX boss Elon Musk has agreed to explore investment opportunities in the electric car battery – and even space launch station – in Indonesia following a talk with President Joko “Jokowi” Widodo. 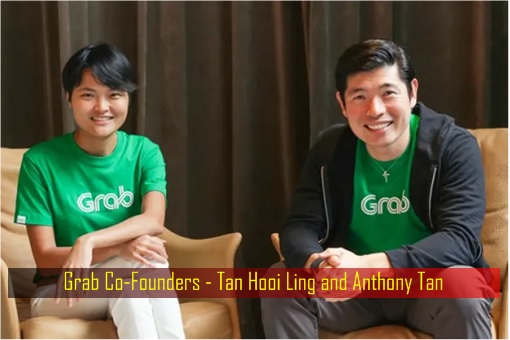 Singapore, the least-corrupt country in Asia, provides political stability and strong legal framework in addition to sound financial regulatory environment for investors – something that Malaysia could not offer due to its decades of racist and discriminatory policies. Grab, originally known as “My Teksi”, was first started by Harvard graduate Anthony Tan in Malaysia in 2012.

Thanks to regulatory issues and bureaucracy in doing business in Malaysia, Anthony and his co-founder Malaysian internet entrepreneur, Tan Hooi Ling, another Harvard graduate, moved the company headquarters from Malaysia to Singapore and rebranded the business as GrabTaxi. Today, Grab is Southeast Asia’s most valuable start-up, with a valuation of over US$15 billion.

Facebook, Lazada, Tencent, ByteDance, Alibaba are some of the big names that have made Singapore as its regional hub, strategic location or data centre hub, leaving Malaysia behind. While it’s understandable why Malaysia loses to Singapore, it’s absolutely humiliating that Malaysia has lost to not only Vietnam in manufacturing, but also to Indonesia in the automobile business.

It was already bad enough that foreign investors are avoiding Malaysia like a plague. It now becomes worse as the Covid-19 pandemic spreads like wildfire under the incompetent government. Prime Minister Muhyiddin’s failure to contain the outbreak, which was triggered after his coup for Sabah in September, continues to affect the domestic consumption.

Fitch Solutions, the research arm of Fitch Group, said on Feb 1 that Malaysia’s economic outlook is set to worsen this year with gross domestic product (GDP) growth in 2021 dropping to 10% because of “muted private consumption”. Unlike Singapore or Vietnam, the explosive number of new Covid cases will not only paralyze Malaysia’s healthcare system, but also its domestic economy.

It’s not an exaggeration to say PM Muhyiddin is worse than former President Donald Trump. While Trump mishandled Covid-19 outbreak, which cost him his presidency, he did very well in boosting American economy. Muhyiddin, on the other hand, spectacularly mishandled the pandemic and mismanaged the economy at the same time. But the worse is yet to come.