Power must be returned to the people, says Najib

PETALING JAYA: As Malaysia enters the third day under a state of emergency, former prime minister Najib Razak says the power to rule a nation ultimately belongs to the people and must be returned to them through Parliament.

On the 45th anniversary of his father’s passing, Najib reminisced about how Abdul Razak Hussein had led the nation as the second prime minister through another period of emergency following the May 13 riots.

“The situation at the time (for an emergency) was necessary and it needed to be implemented. The people understood and accepted it,” Najib said in a Facebook posting.

Quoting his late father, he said the struggle for independence would be in vain if power was not restored to the people through Parliament.

“The power in leaders’ hands is not theirs. The power to govern fully belongs to the people.

“In 1971, my father said: ‘Unless we restore power to where it properly belongs and to the people through Parliament, all the struggle for independence, the struggle against communism, all that will have been in vain.’

“Parliamentary democracy and the power of the people are still upheld and respected,” he said. 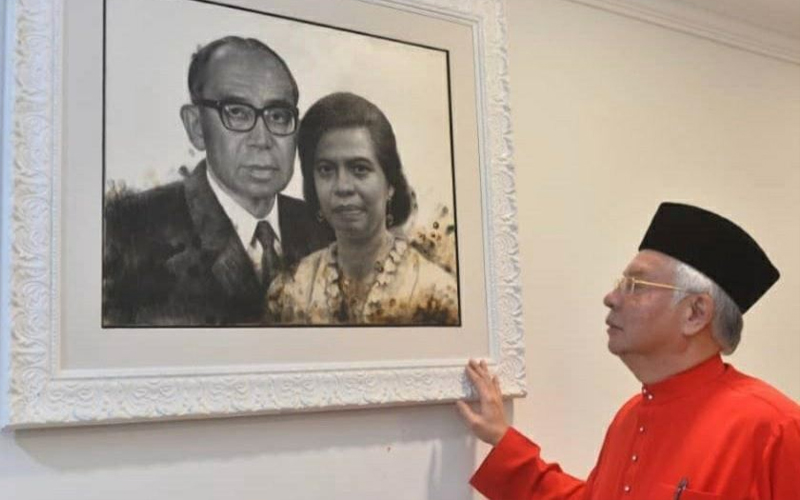 He added that there were bound to be differences and questions raised when leaders fail to look after the people’s needs and resolve their problems, adding that such things should also be rectified.

“The major function of a government is to serve as the protector of the people and supplier of the needs of the people. In any situation, the welfare and prosperity of the people is the priority.”

The King declared a state of emergency on Tuesday on the advice of Prime Minister Muhyiddin Yassin and his Cabinet.

With the emergency, the legislative arm of the government will be unable to function due to the suspension of Parliament, although the judiciary and executive will operate as usual.

Muhyiddin’s motives behind the emergency have been called into question by many, including Bukit Mertajam MP Steven Sim who claimed that the emergency was purely to protect the position of the prime minister.

PETALING JAYA: Prime Minister Muhyiddin Yassin has been playing a cautious political game during the months of a tense battle of wills but in one swift move, he seems to have outmanoeuvred Umno.

Analysts say that if Muhyiddin’s endgame strategy is right, he will be able to checkmate his rivals in Umno by the time the emergency he has just called ends in August.

Sociopolitical analyst Awang Azman Pawi said PPBM seems to have trapped Umno by being one step ahead of it, especially in the last one week.

“With no parliamentary session until August, Umno has no room to move. This took place just as some Umno MPs were planning to withdraw their support for Muhyiddin,” he told FMT.

He said that despite their years of experience in politics, Umno leaders failed to guess Muhyiddin’s next move in this political game of chess.

“Umno was slow to act despite a strong push from the grassroots to cut ties with PPBM. It was clear the grassroots were pushing for action,” he said.

Umno, he said, went to the extent of helping Muhyiddin by supporting the 2021 budget in Parliament, even tricking the opposition that Umno was on their side.

Umno did get some concessions in the budget and thus may have been lulled into the belief that it could get Muhyiddin to agree to certain issues it wanted resolved. That may explain why Umno was slow to cut ties with PPBM.

But the delay gave Muhyiddin the upper hand to strengthen Perikatan Nasional, including by wooing MPs from other parties. “He may also try to talk to Amanah, Warisan or PKR MPs. He has the time,” said Awang Azman.

By strengthening PN, he said, Muhyiddin would be able to avoid elections till 2023.

As the prime minister tries to consolidate his governing coalition, according to Awang Azman, the corruption cases of Umno president Ahmad Zahid Hamidi and ex-prime minister Najib Razak are expected to continue.

“This can be seen as a message to others not to challenge PPBM and to woo and calm the situation among those in Umno who are against him,” he added.

Meanwhile, an Umno source said his party had been overcautious about cutting ties with PPBM.

“When Machang MP (Ahmad Jazlan Yaakub) announced his withdrawal of support for Muhyiddin, he should have done it with a few others.

“Umno MPs who wanted to withdraw their support were slow, giving time for Muhyiddin to act,” he told FMT.

But it was too late. Muhyiddin had already announced a two-week MCO on Jan 11. It started yesterday.

On Jan 12, the Yang di-Pertuan Agong, on Muhyiddin’s request, proclaimed a state of emergency until Aug 1. There will be no parliamentary sitting or election during the emergency period.

The source said Umno was also deeply split, resulting in party leaders being unable to reach a consensus on what to do.

“If Umno had been united, they would have either withdrawn support for Muhyiddin at the end of last year or worked with the opposition to take over Putrajaya,” the source added.

Economists have warned that another round of the MCO may see the economy sliding down to a worse state than in 2020, and that the declaration of emergency may chase more foreign investors away to neighbouring Indonesia.