Executive committee member Shahrul Nasrun Kamaruddin said it was for the authorities to open investigations and provide a detailed report on the allegations.

This comes after a blogpost claimed that members of Zeti’s family had received over RM100 million from fugitive businessman Low Taek Jho, better known as Jho Low, which included 1MDB funds.

“I hope the police and the Malaysian Anti-Corruption Commission can prioritise (this issue) and investigate all allegations in the article,” Shahrul said outside the Dang Wangi police headquarters.

Zeti: Najib asked me to say he did no wrong over RM2.6b remittance, but I refused 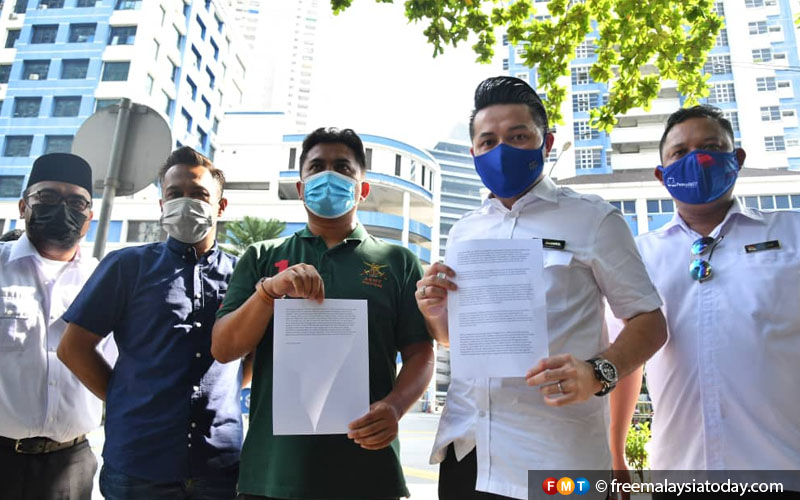 Shahrul asked why she had supposedly advised former prime minister Najib to open an account under his name, especially when it was used to receive donations from Saudi Arabia.

He also urged Zeti to clarify the issue.

Recently, MalaysiaToday, run by blogger Raja Petra Kamaruddin, claimed that some of Zeti’s family members, including her husband and sons, had received over RM100 million in funds from fugitive financier Low Taek Jho, or Jho Low, the mastermind of the 1MDB scandal.

According to the post, Zeti’s family members had allegedly executed a statutory declaration (SD) in which they admitted to having received the funds from Singapore bank accounts, and that it had come from a company linked to Jho Low.

FMT has not been able to independently confirm the veracity of the SD.