A PKR lawmaker has continued to question the legitimacy of Prime Minister Muhyiddin Yassin and Perikatan Nasional (PN) despite the ruling coalition passing three bloc votes held on ministerial budgets during the committee stage at the Dewan Rakyat.

Pasir Gudang MP Hassan Karim said this is because none of the three bloc votes held yesterday and today showed that Muhyiddin and the ruling coalition enjoyed a simple majority of 111 support from a total of 222 MPs.

“PN led by Muhyiddin won three bloc votes at the committee stage of the budget. Does this mean PN is a legitimate government? The answer is no.

“The approval of the budget does not impose any absolute majority,” Hassan said in a statement today.

He argued that PN’s victory in bloc votes is only enough to pass the ministerial budget in the Dewan Rakyat but it is different when it comes to the status and position of the prime minister.

“The legitimacy of the prime minister requires an absolute majority vote, not only from those who are in the Dewan Rakyat meeting when a division is called but it also needs (the presence) of all the lawmakers elected in the 14th general election – all 222 MPs who were elected by the people as stipulated in the Federal Constitution.

“There should be no less than 222 MPs. (However) with the death of Batu Sapi MP (Liew Vui Keong) and Gerik MP (Hasbullah Osman), the number of MPs in the House has reduced to 220,” he said.

This is the threshold required for Muhyiddin to verify if he himself and PN enjoy the majority support of the Dewan Rakyat or at least the support of 111 MPs, Hassan added.

“Out of the three bloc votes conducted, the highest support obtained by PN was 108 votes. The PN government has yet to reach the threshold of 111 votes.

“In conclusion, since the day Muhyiddin was appointed as the premier from March 1, he and his government have not been able to prove that they have the majority support as stipulated in the Constitution.

“As such, the legitimacy of Muhyiddin and PN is still in question,” he said.

Budget 2021 was seen as a vote of confidence on Muhyiddin’s leadership since PN took over via a political coup, drawing the attention of the public.

On Nov 26, the opposition failed in its bloc vote gambit, resulting in Budget 2021 passing the policy stage via voice votes.

This week, lawmakers need to vote for the budget allocation of all ministries. As of today, three bloc votes had been called.

The first round of voting yesterday saw 105 MPs supporting the budget for the Prime Minister’s Department while PN obtained 106 votes for the Finance Ministry’s allocation.

A total of 108 MPs supported the allocation for the Plantation Industries and Commodities Ministry in the bloc vote held today.  MKINI

Yes, the price for the post of PM9 is very high indeed. Can whoever who wants to be PM9 afford that price? If not, then in the meantime, Muhyiddin will continue to be prime minister until a higher bidder comes along and ups the price. And it will have to be a price that will not benefit the rakyat but will only benefit the person who wants to become PM9, plus those people who support him to become PM9.

In October, Anwar Ibrahim claimed he has a strong, formidable, convincing and close to two-thirds majority in parliament. This means he has more than just 113 members of parliament who support him to take over from Muhyiddin Yassin as the new Prime Minister or PM9. He has about 135 to 140 MPs with him.

Anwar claimed he had met up with Seri Paduka Baginda Yang di-Pertuan Agong to show the evidence of this alleged strong, formidable, convincing and close to two-thirds majority. This evidence was supposed to be a list of names of those 135 to 140 MPs who want him to oust Muhyiddin and take over as PM.

Istana Negara, however, denied this. The official statement from Istana Negara said Anwar just claimed he had this strong, formidable, convincing and close to two-thirds majority in parliament — or 135 to 140 MPs who want him to oust Muhyiddin and take over as PM — but he did not reveal the list of names.

Anwar’s most elusive strong, formidable, convincing and close to two-thirds majority is proving to be a farce

That gave very little room for them to reject Budget 2021 — since it was now a budget that Umno and Pakatan Harapan wanted. The fact that Budget 2021 was not seriously flawed in the first place, and that there was nothing that could not be fine-tuned to perfection — but they were opposing Budget 2021 merely as an excuse for a backdoor vote of no confidence — made it very difficult to continue with the farce.

But now the Pakatan Harapan grassroots and supporters are angry. They feel cheated. Anwar told them he has a strong, formidable, convincing and close to two-thirds majority in parliament. But then only 13 MPs stood up, not enough to make any impact. Where are the 135-140 MPs who support Anwar and Pakatan Harapan to oust Muhyiddin and his Perikatan Nasional government?

The bottom line is, the anti-Muhyiddin group is split into many factions. However, while these many factions might be opposed to Muhyiddin, not all of them want Anwar as prime minister.

And herein lies the problem. What happens if they do successfully oust Muhyiddin through a backdoor vote of no confidence by sabotaging Budget 2021? Who will take over as prime minister? 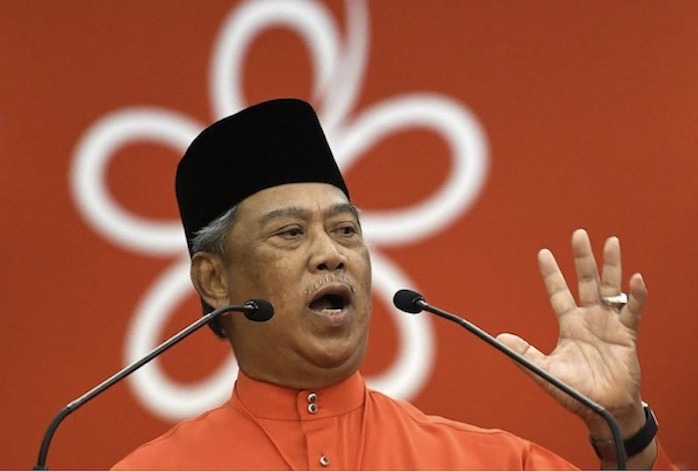 Well, first of all, the common or mutual candidate for PM9 will have to make many concessions to get accepted as the common or mutual candidate. If that person is made PM9, who is going to be the deputy prime minister (must be an Umno man)? And are they going to drop all the court cases against the Umno leaders and Rosmah Mansor? Are they going to return Umno’s money they confiscated and the RM1.1 billion cash and valuables they confiscated from Najib’s condo?

Yes, the price for the post of PM9 is very high indeed. Can whoever who wants to be PM9 afford that price? If not, then in the meantime, Muhyiddin will continue to be prime minister until a higher bidder comes along and ups the price. And it will have to be a price that will not benefit the rakyat but will only benefit the person who wants to become PM9, plus those people who support him to become PM9.