The Perikatan Nasional (PN) federal government is not going to provide a guarantee for a RM2.04 billion loan application by the Penang state government for its light rail transit (LRT) project.

According to a report by The Edge Markets, Putrajaya has decided not to grant a government guarantee for the loan, which is to partly finance the RM9.5 billion project.

It quoted Finance Minister Tengku Zafrul Abdul Aziz (above), who said that the decision was in line with the government’s revised revenue and income projections for the country.

“Therefore, it is prudent for the government to limit the exposure of government guarantees by reorganising projects according to priority and repayment capacity of the debt,” he said.

Zafrul reportedly said this in a parliamentary reply, in response to a question posed by DAP MP for Tanjong, Chow Kon Yeow. Chow is also the Penang chief minister.

According to the finance minister, the loan would increase the federal government’s commitment to operation and development expenditure.

This, he said, is on top of other off-budget projects borne by the government such as the MRT Line 1 and 2, LRT3, the Pan Borneo Sarawak Highway, and the East Coast Rail Link (ECRL).

He said that as of Sept 30, the total value of government guarantees shouldered by Putrajaya was RM289.8 billion.

This was 20.1 percent of the country’s gross domestic product (GDP).

The news report stated that the Penang state government wanted to form a special purpose vehicle to issue bonds so that they can raise funds to pay for the project.

Chow reportedly said that without a guarantee from Putrajaya, the state government would not be able to raise enough bonds. – MKINI 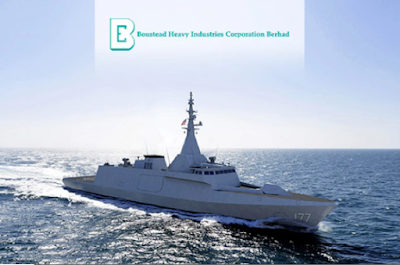 Boustead completed none of the orders

RM6 billion has already been spent of which RM1 billion cannot be accounted. No ships have been delivered. If the ships could not be completed because there were no  proper design drawings then how was that remaining RM5.0 Billion authorised to be spent?

Going by the report in The Edge which quotes ‘industry sources’ RM5 billion was already spent to begin construction on SIX ships for which there were no proper schematic designs (to enable the completion of the construction.) Hence ALL the six ships are incomplete until today.

This is another example of a “monopoly” created with taxpayers funds. Boustead Heavy Industries Corporation – a shipbuilder – basically had a monopoly over navy ship contracts in Malaysia.

This is another example of monopolies going bad.

Wherever there are monopolies the end results are always not good. The people (taxpayers in this case) end up paying more, we do not get the promised product and it breeds complacency and laziness. All three were present in this situation. 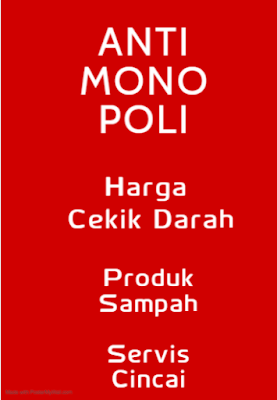 We hope that after revamping the BOD,  that BHIC will be able to put those bad days in the past and sail on to the seven seas and beyond.  BHIC cannot change the past. But the future is in your own hands.

But if their monopolistic situation persists then I see less future for BHIC. Get rid of the monopoly. Learn to compete. -http://syedsoutsidethebox.blogspot.com/