“He was as yet not sufficiently experienced in ruffianism to know that one villain always sacrifices another to advance his own project; he was credulous enough to believe in the old adage of ‘honour amongst thieves”.

Does the old maverick think that he has any credibility with Pakatan Harapan? That is a trick question.

He probably does think he has some credibility with Harapan because he always managed to find people who would bend to his political will to get into power, including his former protege, no matter the abuse he hurls at them.

Nobody in Umno, besides old relics, take Mahathir seriously. Umno has more or less moved on. Do not get too caught up in the honeymoon is ending narrative being floated around. Umno and PAS were never on a honeymoon.

The reality is that certain elements in PAS were canoodling with certain personalities within Umno while the grassroots of both parties were stewing in their juices.

The commonality between PAS and Umno grassroots is that both despise Mahathir, which is why the old maverick continues to piss inside the Harapan tent (To use a Lyndon B Johnson, bon mot).

Isn’t it time to move beyond Mahathir and Anwar when it comes to the leadership of this country? 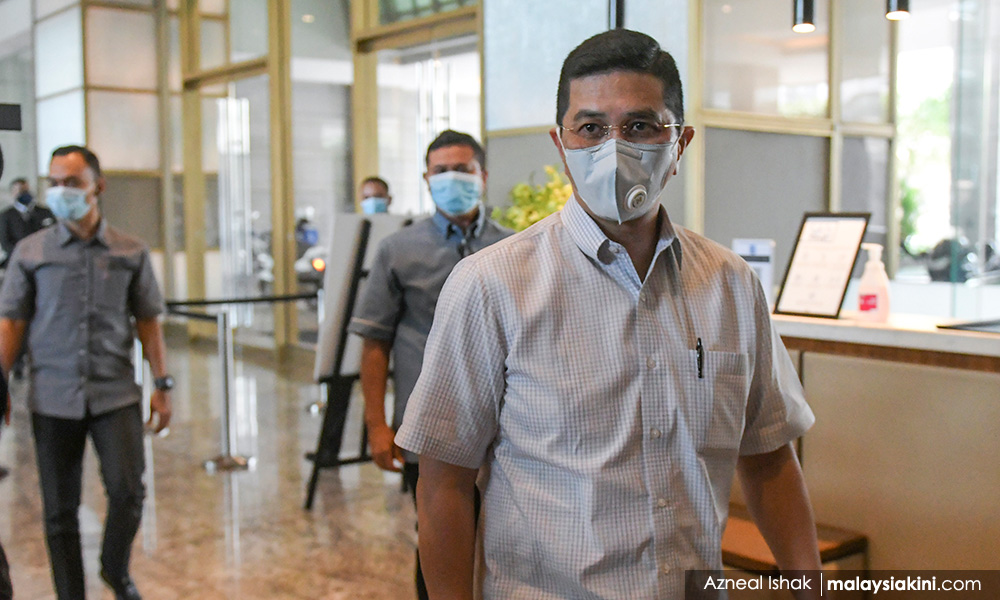 It is almost impossible now because both men have stamped their imprimatur on various acolytes, but there is always the hope that recent political upheavals would result in a cadre of leaders not beholden to the current toxic political duo who are still scheming to lead this country when their time is clearly up.

While the old maverick is correct when he says talks about Anwar’s missteps when it came to handling the economic crisis back in the day, there is a litany of issues which would make Anwar unsuitable to lead the country based on his past performance, which, unlike Mahathir, he has made his public mea culpas.

Those standards in which Anwar is judged on could be applied to the old maverick, and folks kept voting him in.

Not only that for a man who publicly says that he chooses, “bad deputies”, but the reality is also that his bad choices have defined racial, social and economic realities for decades and he chooses to make bad choices while blaming everyone around him.

The issue with Anwar – and I say this as someone who has publicly advocated for his chance at the hot seat in Putrajaya – is not his “don’t spook the Malays” agenda or his waffling when he comes to committing to his supposed race-neutral agenda or even his stance on religion, all of which neatly falls into mainstream Malay realpolitik.

The issue with Anwar is that he cannot even control his own party, and more damaging, his own coalition. Now, if you are a Harapan supporter who is willing to make compromises to end this PN or whatever it is called nonsense, then this should be the most troubling issue that Harapan faces.

When the treacherous Sheraton gang were making moves, the politburo of PKR was telling Malaysians who voted for Harapan that all this was the figment of the imagination of the press.

He and those close to him did nothing to stop the Sheraton move but instead gaslighted the public. He chose to waffle all the while the treacherous conspirators were plotting to bring down the government.

Azmin Ali brought down the Harapan government and Anwar, the supposed seasoned political operative, could not even bring down a tottering regime led by the most tedious prime minister – that would be the current prime minister – this country has ever had.

Not only was he played by whoever he was collaborating with, but it gave the factional politicians in Umno a new lease of life because it made Umno relevant again in Perikatan Nasional.

It is remarkable because if Anwar managed to pull off this counter-coup, then at least the political terrain would have shifted and Harapan could have a discussion of whether working with the enemy was a reasonable proposition when it came to ousting this back door government, instead of wallowing in victim politics as they are doing now.

They say the Malays were losing faith in Harapan, so the choice for them when it comes to Harapan is one leader who thinks that they are “lazy” and another who cannot even keep his house in order.

Do not get me wrong.

Anwar was handicapped because his partners were bending over backwards to support the old maverick and from the tear-soaked missives from political operatives, it did not mean a thing to the Malay uber alles crowd.

So, yes, either you can believe that the DAP and Amanah were the dumbest political operatives who were oblivious to the manoeuvrings of the Sheraton gang or believe that, for whatever reasons, they and Anwar decided that the better strategy was to tiptoe around the issue to stay in power, even though the political ground beneath their feet were shifting.

Ultimately, leaders have to deal with these sorts of issues if they claim to want to “save Malaysia” – otherwise the voting public would just support leaders they think are “strong”, confusing this with some sort of ideology either racial or religious.

You can make an argument for voting for a neo-BN, but what argument could you make for these bunch of self-destructive political operatives?

When Anwar decided to hold a counter-coup, his own partners were not aware of the moves he was making.

This would be forgivable if the moves he made resulted in a shifting of the political terrain. Instead, what it managed to do was destroy whatever was left of his credibility but more importantly, made Harapan look like a bunch of losers.

If you are going to make devious moves, at the very least, they should not end up helping your adversaries and damaging your allies. Can you imagine if he made such plays when in federal power?

All of Harapan’s chickens are coming home to roost.