Ronnie Liu has been released on police bail after being questioned over his Facebook post which is suspected of containing seditious elements against the Yang di-Pertuan Agong.

News of his release was conveyed by DAP national deputy chairperson Gobind Singh Deo this afternoon.

Liu, who is the Sungai Pelek assemblyperson, was detained when we went to the Petaling Jaya district police headquarters to have his statement recorded this morning.

The arrest was to facilitate police investigations under the Sedition Act and the Communications and Multimedia Act.

In his posting, which Liu said was made two weeks ago, the latter had published photograps of the protest in Thailand, with the caption: “Now in Bangkok. They are saying no to the king.”

His posting had made the rounds on social media, with certain quarters asking if he was instigating Malaysians to do the same.

However, both his lawyer Jadavish Chandra and Gobind said Lui had not committed any offence.

Earlier, Gobind had criticised the need to detain the assemblyperson since the latter was willing to cooperate with the police.

“When called, Liu went to the police station to give a statement. He is clearly prepared to cooperate with and to assist the police in this investigation. There is no need to detain him.

“We stand in solidarity with Liu,” he added.

Meanwhile, PSM deputy chairperson S Arutchelvan questioned the rationale in probing Liu for posting about a factual event in Thailand.

“In fact, the people who need to be investigated would be those who lodged reports linking Liu’s statement to our Agong,” he said in a statement. MKINI 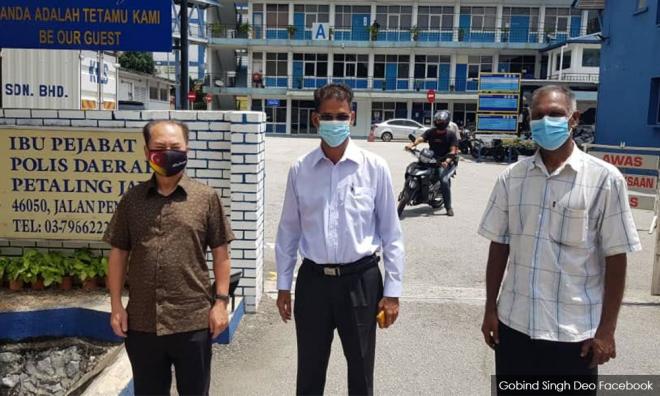 Investigations against Liu were launched after the DAP leader uploaded a social media post with pictures of protesters at an anti-government protest in Bangkok, Thailand.

An accompanying caption read: ‘Now in Bangkok. They are saying No to the King.”

Liu is being investigated under the Sedition Act and the Communications and Multimedia Act.

It is unclear at the moment if Liu will be held overnight and remanded.

Yesterday, the police said they are also investigating three other social media users for making similar remarks against the Agong. MALAY MAIL