HONG KONG (SCMP):Patricia Li is dismayed and saddened by the exodus of Chinese people she is witnessing in Johor, the southernmost state in Malaysia.

When she moved to the tropical Southeast Asian country from Yunnan province in 2017, the outlook was bright. Thousands of middle-class Chinese investors were flocking to Malaysia to buy property and secure a second home beyond China’s borders.

A number of Chinese developers have also invested heavily in Johor, promoting its proximity to Singapore and developing real-estate projects tailored for affluent Chinese people eager to make overseas investments or embrace a new lifestyle abroad. Since 2011, Guangdong-based developer Country Garden says it has invested close to RM20 billion (US$4.83 billion) in Malaysia, creating more than 1,500 jobs.

For her part, Li opened a teahouse in Johor to serve the Chinese community that was growing there, with many taking advantage of the Malaysia My Second Home (MM2H) programme, which launched in 2002 and offered foreign investors long-stay visas of up to 10 years. 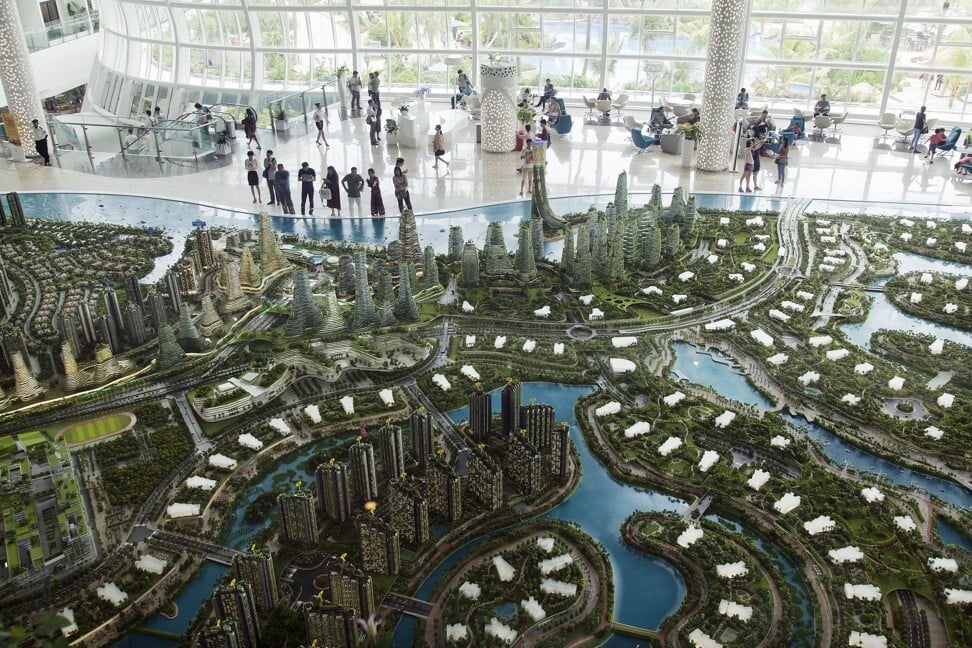 But so much has changed in such a short time. The coronavirus outbreak and a worsening geopolitical environment have made Chinese investors wary, and the latest blow came last month when Malaysia decided to suspend the MM2H programme, in line with the government’s decision to bar foreigners from entering amid the pandemic.

Amid so much uncertainty, those dreaming of settling down in Johor have been forced to rethink their plans. Many have opted to simply leave Malaysia amid the pandemic. Unsure about when they might be able to return, some are taking the drastic step of selling their Malaysian homes remotely, at a steep loss.

“It’s quite depressing when you see social media posts [on WeChat] trying to sell a 48-square-metre [517 sq ft] apartment for only about 600,000 yuan (US$88,640). I spent more than 1 million yuan for the same type of unit in 2016,” Li said, referring to her teahouse, which she was forced to close as Chinese people left Johor, leaving her with few customers.

Whether to sell their property in Johor at a loss has become a worrisome topic of conversation among Li and her fellow middle-class friends who bought Malaysian property in the last few years.

“I once thought assets here would appreciate, and the tea cafe would be full of the growing number of new arrivals of Chinese. But it’s so different from what I expected,” she said.

Wendy Wu, a Beijing resident who also invested in property in Johor, is also worried amid the increasingly murky outlook.

“No new Chinese investor will come to buy property here if there’s no long-stay visa guarantee,” Wu said from Johor.

Between 2002 and 2018, the MM2H programme resulted in the approval of 43,943 visa applications from 131 countries and territories – and about 30 per cent involved mainland Chinese residents. But that door is closed now. When and if it will reopen is anyone’s guess.

According to the Malaysian My Second Home Consultants Association, 90 per cent of the applications they submitted between September and November 2019 – even before the emergence of the coronavirus – were rejected without any reasons or justifications.

Wu added that the pandemic and worsening relations between China and other countries have led to concerns about how safe it is to be living overseas.

Many Chinese students studying in Johor’s international schools also returned to China amid the outbreak.

For Li, those schools were among the enticing elements of life in Malaysia. Four years ago, when she first visited Johor on a free “investment tour” with a number of other middle-class Chinese residents looking to buy property, the region seemed like the perfect fit for their dreams of owning a home overseas and providing their children international educations.

Back then, China’s overseas investment was still booming among mainland enterprises as well as rich and middle-class individuals. Besides Li, a large number of Chinese middle-class citizens were attracted by the tropical environment and clean air. Many put money down on a new home during their first trip to Johor, especially after learning that the average property prices there were about a quarter of those in downtown Beijing.

Buying a home abroad was seen as a short cut to a better life for Chinese families. Not only did people see an asset that would appreciate over time, they were also enticed by a tropical environment that appeared to be conducive to raising a family, while still being relatively close to mainland China and Singapore.

Simon Zhao, an associate dean with BNU-HKBU United International College’s Division of Humanities and Social Sciences, says the scale of Chinese middle-class investments overseas has dropped sharply due to the pandemic, particularly as the spending power of many people has taken a big hit in the economic downturn.

“Most of these Chinese individual investors are not prepared – financially or psychologically – for the risks of overseas investment,” Zhao said. “They have experienced only economic growth and a booming property market on the mainland for decades, and they lack the funds and risk awareness to deal with the downside [of the economic cycle].”