There is an online poll for who you support for Chief Minister of Sabah.  You can take the poll here  :   https://strawpoll.com/jv6xrxeeg 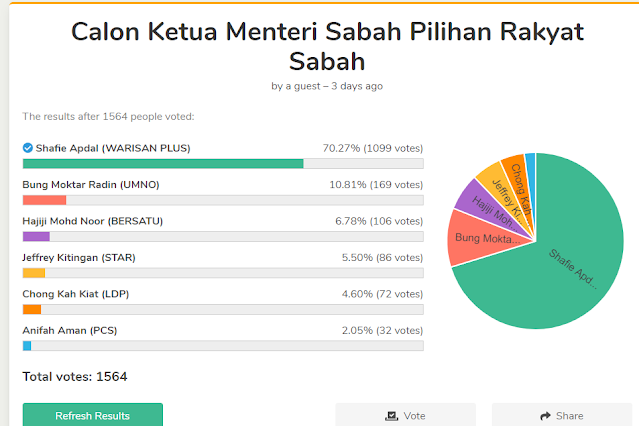 With only SIX days to go I assume most of the vote buying money has already been spent.

One of the ways to defeat the buying of votes is to have a fairly long campaigning period. Then the money gets exhausted early. Unless they have access to more cash. Which this time around may not be in equal proportions among all the usual vote buyers.   If you are not getting enough cash from your “friends” then you know if you are being sabotaged.

(Yes I know this poll will be taken by everyone including many non Sabahans but do not dismiss the general trend of these online polls. Especially when one person is leading by such a huge margin. And also when these type of polls do reflect the general sentiment that is already being felt on the ground in Sabah. Shafie Apdal is going to win with  a slam dunk.)

The next closest contender to Shafie Apdal is Bung Moktar but with only 10% of the poll (169 votes). SEVEN TIMES less support than for Shafie Apdal.

SIX more days is a VERY LONG time. But there is nothing anyone can say that has already not been said. The only thing left that can be “said” is more MONEY from Kuala Lumpur.

But who will pay? Cash is king is in town.  But this time the King of Saudi Arabia will not be making any more donations.

Despite all their efforts so far Bung has only 10% of the support. This is a bad sign for Bung. Bung said the other day that there will be a possibility of sabotage. I think this is happening already. Looking at the very low 10% support for Bung above I think Bung is going to be “sacrificed”.  And as they get closer to polling day on September 26th, 2020 the sabotage will increase.

I say Bung you not very clever lah. Now when you lose big they will blame you. Musa Aman will say ‘I told you so’.  UMNO will kick you out lah after this.   Wak Jawa in KL will also get blamed. They will kick him out too. 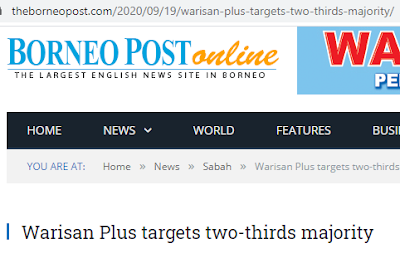 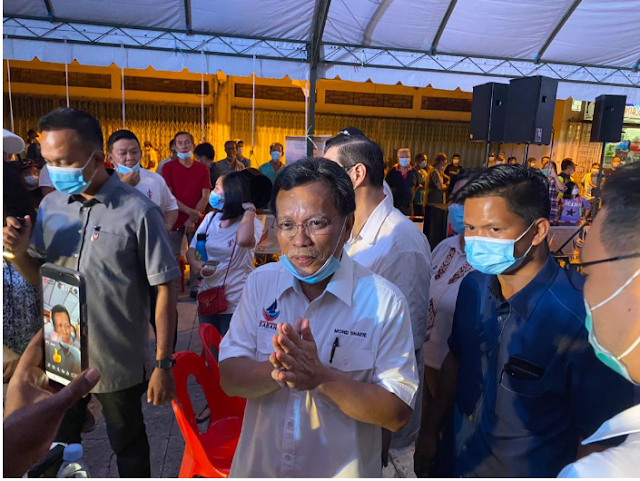 My comments :
Shafie may get his wish.  Warisan is confident of winning big this time in Sabah.
Here is a coin toss. I think Bersatu will also win some of its contested seats – especially if there is no Warisan (the Warisan party itself) candidate.
The party that is going to be wiped out will be UMNO.
So we may again see a Warisan led State government with a Bersatu presence in the Opposition benches.
UMNO bringing in Super Moron is a huge mistake. They may as well parade Si Ketot and her new handbag. What works in Pekan may not work in Penampang.
I dont see Warisan (the party as well as Plus) being mortal enemies of Bersatu.  There is always room for cooperation and working together. Malaysia Boleh.
And I dont believe there will be any snap General Elections either.  The other day that additional Supply Bill passed in Parliament with 111 – 106.   Similarly the Budget can also pass in November. If the Budget can be passed I dont see the need to suspend  Parliament and go for a snap election.