BUSINESSES in Johor Baru are taking a major hit without the usual support of Singaporeans or Malaysians returning from the island republic because of the stringent border controls brought about by the Covid-19 pandemic, said trade groups.

They told The Malaysian Insight nearly 50% of their business come from Singaporeans or Malaysians living there but the strict travel arrangements imposed by both countries are forcing many businesses to shut down.

Malaysia imposed the movement-control order (MCO) on March 18 while Singapore enforced its circuit breaker on April 7.

With the border between both countries shut for months, between 400,000 and 500,000 Malaysians and Singaporeans, who travel between the countries for work, have stopped coming to Johor Baru.

And although the recovery MCO and the gradual reopening of the economy has been in place for more than three months now, Johor Baru’s economy remains weak, they said.

Johor Baru Chinese Chamber of Commerce and Industry president Low Kueck Shin said many of the city’s leading businesses depend on Singaporeans or Malaysians returning from the city state, with the two groups making up between 30% and 50% of all revenue.

“They used to cross the border everyday, sometimes bringing their children and families during the weekends for sightseeing and shopping.

“Now that we have lost these customers, the markets have lost a good deal of foot traffic, resulting in losses up to 70%,” Low said.

The food and beverage and entertainment sectors are the hardest hit, with an estimated 40% of bars, nightclubs and massage parlours closing down, he said.

“Johor Baru’s traditional coffee shops used to enjoy good business and they would usually start opening for business very early in the morning. Now, you can barely see anyone around.”

Johor Baru Cafes and Bars Operators’ Association chairman Cheng Sin Ai told The Malaysian Insight 40% to 50% of the association’s 300 members are uncontactable since the pandemic began.

“We are not clear if they have closed permanently or temporarily, the association will continue to follow up with them to have a better grasp of the situation,” he said.

Cheng said business at traditional coffee shops barely improved after the RMCO began and believed that many of its members will have to shutter their restaurants.

“Everyone was hoping that the borders will fully reopen after August 31 and business will improve, but after the prime minister announced a further extension of the RMCO (until December 31), all hope of regrouping is gone.”

Many businesses have lost up to 50% of earnings due to the border closures and only surviving on their food business, he said.

“It will be more difficult to survive after this, besides having to reduce the workforce, operators will have to do much of the work themselves.

“If businesses cannot survive, then they will shutter, resulting in another wave of closures.”

Cheng said as long as their borders are not fully reopened, businesses other than traditional coffee shops will also be affected.

“Johor Baru city centre used to be a shopping hot spot, but it’s so quiet, it’s eery these days. All sorts of retail businesses are suffering right now, because there’s no business without foot traffic.

“During every holiday season previously, there would be lots of cars around, but nowadays it’s all quiet.”

Low said even though the entire country is affected by the pandemic, Johor Baru may be the worst affected because nearly 50% of all business comes from Singaporeans or Malaysians living there.

Cheng also said business outside the Johor Baru area, such as the Johor Jaya area, is better as businesses there depend on locals.

Businesses are also concentrating more on online sales and services due to the current environment.

“Right now, most businesses are just hanging in there and are not making money, with some even operating at a loss to see how long they can survive,”   Cheng said.

In this time of need and difficulty, he said, businesses should be kind to each other, such as by reducing rent for operators to ensure their survival.

Malaysia and Singapore set up the reciprocal green lane (RGL) and periodic-commuting arrangement (PCA) on August 10.

The RGL allows travel for work or important meetings, with the conditions of mandatory health screening and a detailed itinerary of travel.

The PCA, meanwhile, allows those with long-term visit passes to commute between the two countries for work.

The PCA’s condition is for an individual to work in their respective foreign countries for three months, then return to their home countries for a short stay, and then back to the country where they work.

“We hope these policies will eventually be eased, such as reducing the frequency of home visits from once every three months to once every two months, and then once a month, to increase foot traffic,” Cheng said.

Low said since both countries have their Covid-19 situations under control, some restrictions should be reviewed every month and eased if possible.  THE MALAYSIAN INSIGHT

No entry for travellers from 3 nations 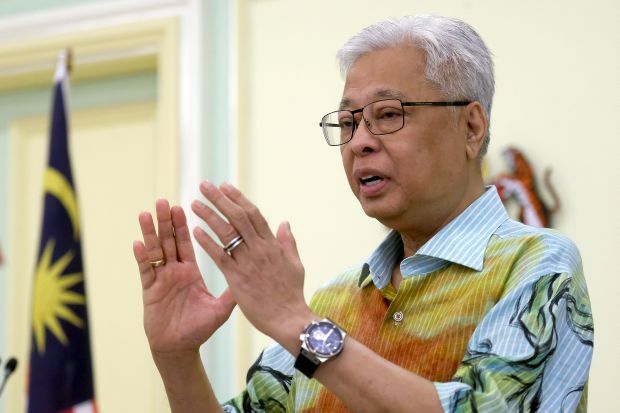 PUTRAJAYA: Travellers from more countries will not be allowed to enter Malaysia, particularly during the winter season, with restrictions to be imposed on long-term pass holders from India, Indonesia and the Philippines effective Sept 7, says Senior Minister Datuk Seri Ismail Sabri Yaakob (pic).

Additionally, he said, the Health Ministry had been asked to make detailed planning on how Malaysia should face threats and challenges amid the possibility of an increase in Covid-19 cases during the winter season.

“We will monitor the situation in other countries and if there is a spike in positive cases, we will do the same (restrictions). This decision will be made based on advice from the ministry, ” Ismail Sabri said in his press briefing yesterday.

The minister said the government had taken initiatives by tightening the borders and not allowing people from the three countries to enter.

Ismail Sabri said long-term pass holders from the three countries would not be allowed to enter Malaysia following a spike in Covid-19 cases there and the move was to prevent imported cases from being spread here.

The restriction, he added, would affect holders of permanent resident status, Malaysia My Second Home participants and expatriates, including professional visit pass holders from India, Indonesia and the Philippines.

Also not allowed to enter Malaysia, the minister said, were spouses of Malaysian citizens from these countries and students who were studying in Malaysian colleges and universities but were currently back home.

“The special Cabinet committee is aware of the sudden spike in Covid-19 positive cases in certain countries.

“The meeting today decided to impose restrictions on citizens of India, Indonesia and Philippines from entering the country, ” he noted.

Ismail Sabri said the other challenge was on how to prepare for the return of Malaysian citizens from countries experiencing winter, adding that this also needed to be looked into.

Health director-general Tan Sri Dr Noor Hisham Abdullah had said that although Malaysia had Covid-19 infections under control, there was an increase in cases in countries where cold weather was setting in such as India, South Korea, Japan, Spain and France.

Ismail Sabri also said that officers from the local authorities would join in raids and checks conducted by the police on pubs, nightclubs and entertainment outlets so that immediate action could be taken against errant operators.

He said actions would include cancelling or revoking their business licences and closing them. He said the authorities wanted this to be done because there was an increase of people caught in pub and nightclub activities that were still prohibited during the recovery movement control order (MCO).

The minister noted that on Aug 31 alone, 600 individuals were arrested and slapped with compounds for these activities.

“This is the highest number of violation cases involving pub and nightclub activities recorded during the recovery MCO.

“The authorities are concerned with the increase in violation incidences as these activities are still not allowed, ” he added.

A total of 778 individuals were arrested on Aug 31, of which 98 were remanded, seven were allowed bail while 673 were issued with compounds.

Aside from pub and nightclub activities, those compounded were also found not complying with physical distancing measures, operating businesses beyond the permitted hours and failing to record customers’ information.